Junior gold explorer Avenira Limited (ASX:AEV) has shared the activity report for the quarter ended on 31 March 2021. During the reporting period, in February, Avenira received all composite sample results of its maiden Aircore drilling campaign on its flagship Jundee South Gold Project.

The drilling programme was undertaken during the second half of 2020 and included the drilling of 271 holes. To complement the drilling results, the company also undertook a resampling program, which involved the collection and analysis of anomalous 4m composite intercepts at 1m sampling intervals.

Avenira has shared the results of the sampled but non-analysed anomalous composites and anomalous resampled intervals received to date: - 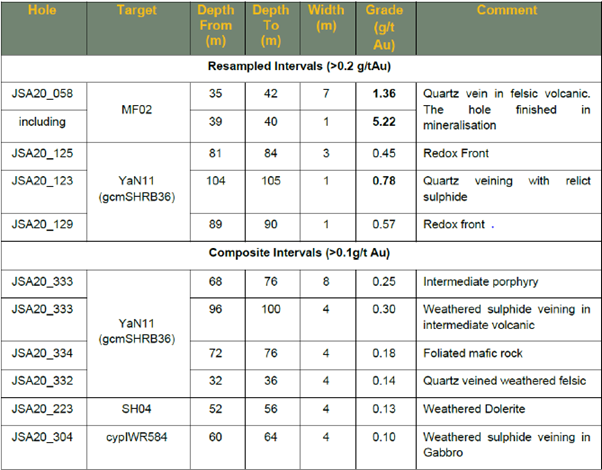 On 10 March 2021, Avenira updated on the acquisition of two Prospecting Licences- P53/1712 and P53/1713. These licences lie to the south of the Jundee South prospect and are located on the magnetic feature along which Yandal Resources Limited’s (ASX:YRL) Flushing Meadows gold deposit is located. The initial geological interpretation outlined similar stratigraphy, similar to the Flushing Meadows deposit. 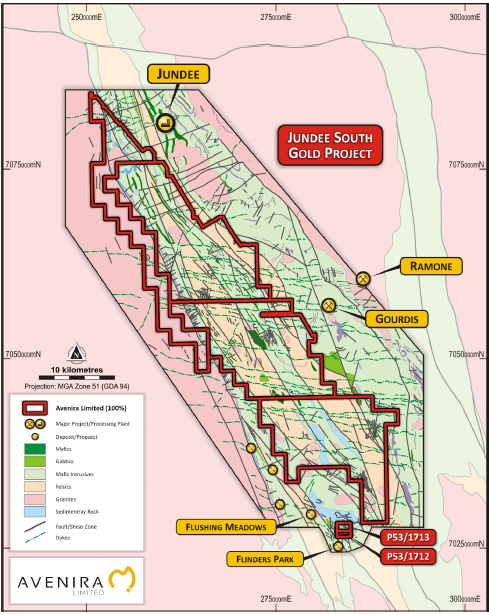 Avenira will commence reconnaissance exploration on the newly acquired licences, and compilation of historical data and refining of geological interpretation.

Currently, the resampling of the assays with gold grades greater than or equal to 0.1 g/t continues. Further, a geological interpretation on the Aircore drilling data has commenced and will be used for planning the upcoming RC drilling program. The RC drilling will also include the two targets identified during the Aircore drilling- MF02 and YaN11. The drilling rods will start spinning mid-year.

Subsequent to the quarter, Avenira has begun discussions with the Board of Tarkla Matuwa Piarku Aboriginal Corporation (TMPAC) to finalise the exploration access agreement for over 90% of the area under the Jundee South Project. Discussions have been positive and encouraging, but the process of finalising and executing the agreement along with field surveys, may take more time and could possibly delay the RC drilling programme.

During the March quarter, Avenira executed a loan agreement with its substantial shareholders to fast-track the exploration and development activity on its flagship project. The company has secured a loan facility of AU$3 million from Au Xingao Investment Pty Ltd. 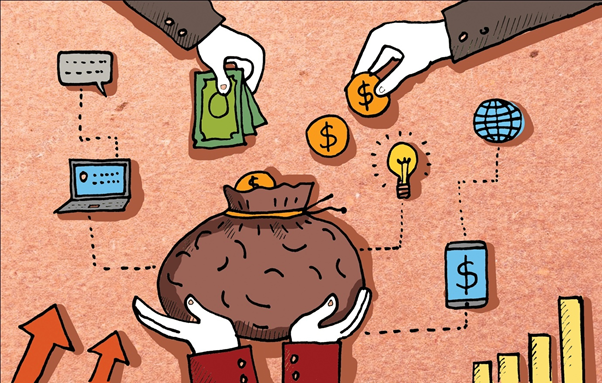 The Company will seek the approval of shareholders for the loan facility during the general meeting to be held in the coming months.

Avenira reported a cash balance of A$1.6 million at the end of the March quarter. The Company incurred a total exploration expense of A$214,000 during the quarter.