The new estimate reported a mineral resource of 2.59Mt, representing an increase of 115%, at an average grade of 486 ppm Ta2O5, 73 ppm Nb2O5 and 0.15% Li2O. A 154% increase in the total in situ metal content was also recorded to aggregate at 1,257 tonnes. While the latest resource may seem significant, just 15 of the 200 known pegmatites have been explored across Arcadia's three tenements, highlighting the potential for a substantial increase in mineral resources in the future.

The mineral resource estimate can be categorised into –

Philip le Roux, the CEO of Arcadia, stated: “It is very pleasing to announce that we’ve achieved this goal and more, by attaining an 18% higher grade than what was reported under the maiden Mineral Resource published in September 2021. The results bode well for the Company’s upcoming feasibility study, which is already underway with an outcome expected by September 2022.”

Jurie Wessels, the Executive Chairman of Arcadia stated: “With this impressive result our priority for the Swanson project has progressed towards the feasibility study, with the aim to demonstrate that the production of a 25% Ta2O5 concentrate is feasible and to prove that Swanson will become the cash generator we envisioned it to be for Arcadia.” 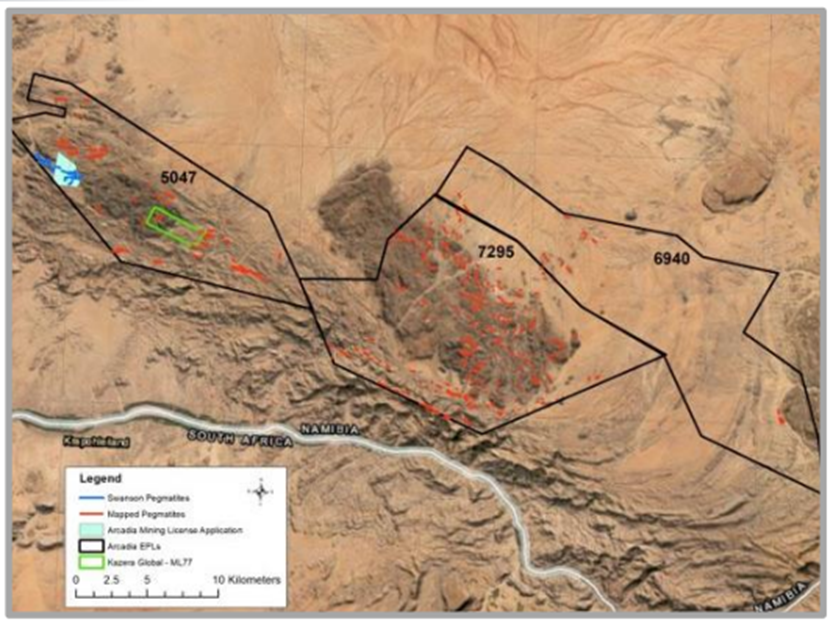 The publicly available information for 11 of the 18 raremetal granites (also called rare-element granites) and lithium-caesium-tantalum (LCT)-type pegmatite deposits globally were utilised to benchmark the Swanson project against other Tantalum projects. The benchmarking suggested that the grades at Swanson were easily above the weighted average (233 ppm Ta2O5) of the global peer group of 11 deposits and one of the highest in the world.

Arcadia traded at AU$0.24 a share with a market capitalisation of AU$22.65 million.