Altech is in the process to construct a 10,000 tpa battery material manufacturing plant in Saxony, Germany. Altech’s German subsidiary, Altech Industries Germany GmbH (AIG), will develop the plant to manufacture high-capacity silicon/graphite battery anode materials to target the burgeoning European electric vehicle (EV) market. The anode material will be produced under the licensed and registered product name of Silumina AnodesTM.

Key findings of the PFS

The PFS indicates that the plant would require a modest capital investment of US$95 million, with an estimated net present value (NPV8) of US$507 million for the project. The plant operation is estimated to generate net cash of US$63 million per year, with total annual revenue at full-scale production estimated at US$185 million.

Altech estimates that the plant would have an internal rate of return (IRR) of 40% with a payback period of approximately 3.1 years. 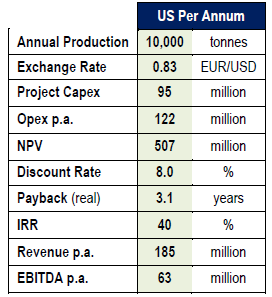 Related read: Altech Chemicals in box seat to cash in on soaring EV demand as fuel prices heat up

Altech’s PFS incorporates the latest project assumptions. The capital cost estimates include the EPC contract value for the construction of the plant and the cost of capital during plant commissioning.

Last year in November, Altech announced that it had achieved a breakthrough in cracking the ‘silicon code’ and achieved 30% higher energy retention in a Li-ion battery. The in-house R&D team after a series of research and hard work was able to successfully combine silicon particles in graphite anode. This was achieved after treating silicon with its innovative and patented alumina-coating technology.

Silicon has nearly 10 times the energy retention capacity than that of graphite.

Related read: Here’s why Altech Chemicals is making the headlines these days 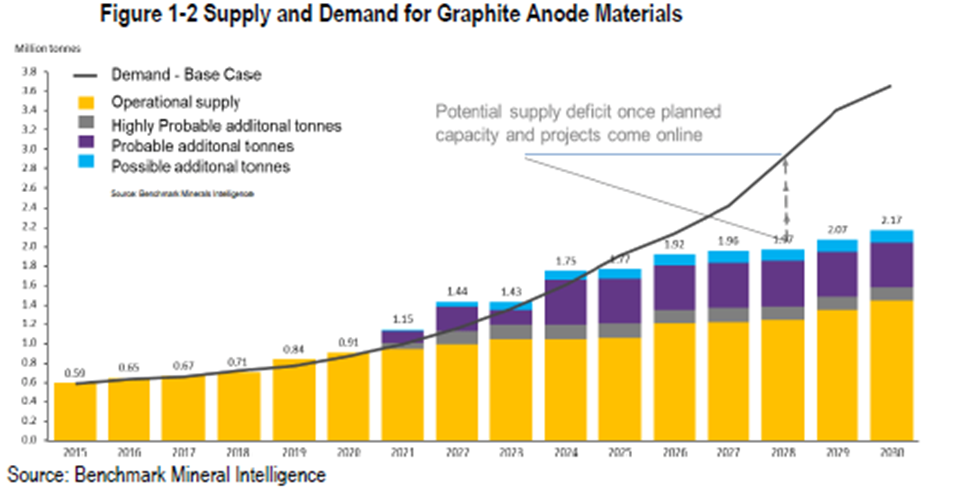 AIG plans to supply the product from its pilot plant to potential buyers to fast-track the Silumina AnodesTM product qualification process. AIG has already bagged two non-disclosure agreements (NDAs) in place with two German automakers as well as with a European-based Li-ion battery manufacturing company.