Junior explorer Albion Resources Limited (ASX:ALB) has been looking to advance work across its landholdings as part of its maiden drilling program. In a positive development, Albion has been awarded a new exploration licence in Leinster, which is considered as a world-class nickel, copper and gold province.

Previously, the Company has been engaged in settling an agreement with the Gooniyandi Aboriginal Corporation (GAC) and concluding a survey with a view to kickstart drill testing at few of the high-grade Zinc-Lead prospects. 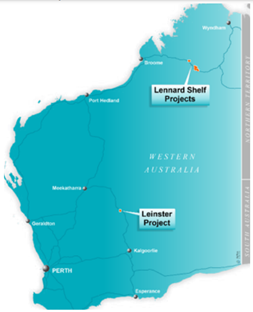 ALB has been granted a prospective nickel-copper and gold exploration licence, 36/1005, located 30km southeast of Leinster. This latest strategic and significant tenement lies adjacent to the Nickel West Weebo Ni deposit of BHP Group Limited (ASX:BHP) and is also along strike from the newly announced Horn and related Ni-Cu prospects of Auroch Minerals Limited (ASX:AOU).

Historically, the region has witnessed mostly shallow (<100m) drilling, where both nickel and gold mineralised intercepts remain poorly tested at depth through RC or diamond drilling. 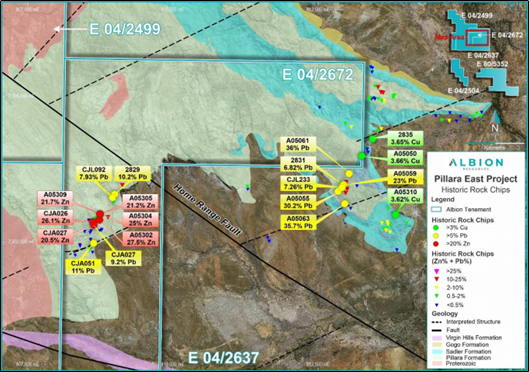 The Company is contemplating to execute an electromagnetic survey (MLTEM), or gradient array induced polarisation/resistivity survey (GAIP) at the south of the Weebo deposit and north of the Horn trend. These are expected to help in identifying possible conductors down the prolific strike of ultramafic rocks.

Furthermore, the Company believes that there is room to enhance the understanding of the controls on gold mineralisation throughout the district. 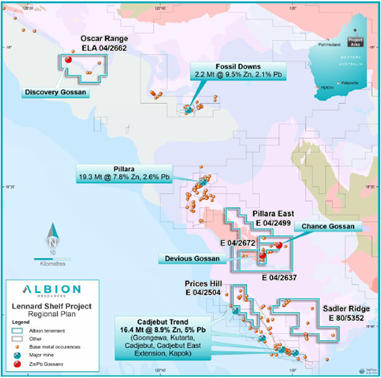 DETAILS ON IPO: Albion Resources (ASX:ALB) all set to list on ASX amid escalating zinc prices

Now, the Company has initiated a review of the regolith setting and previous surface exploration comprising geological, geochemical, and geophysical datasets.

ALB owns a set of significantly prolific land assets that include high-grade base metal projects that suggest a major opportunity for the Company to make additional discoveries.