The Company’s efforts have found multiple potentially hydrocarbon-bearing zones in the Nanushuk Formation encountered through interpretation of logging while drilling the Merlin-1 well.

The Company encountered that Nanushuk Formation, which contains the primary targets for the Merlin-1 well, is approximately 600’ low to prognosis. Moreover, it is interpreted to be around 500’ thicker than the one witnessed in the wells drilled into the Willow Oil Field to the north of the Project Peregrine acreage.

The Company is encouraged by the gamma log results that indicate the presence of more sand packages than those in the Analogue Wells. Additionally, it also demonstrates that there are mostly cleaner sand packages in Merlin-1, while the reservoir quality is expected to be established upon completing of the wireline logging analysis.

Multiple intervals in the Nanushuk, including the primary targets, recorded oil shows while drilling Merlin-1. Moreover, 88E recorded fluorescence in the range of relatively weak to moderate ‘dry’ fluorescence with slow to moderate at times fast streaming cut once subjected to solvent. 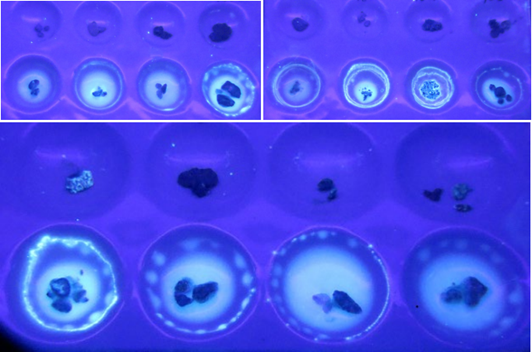 Over three of the target intervals, 88E observed fluorescence in the drilling mud complemented by a petroliferous odour, out of which one of the intervals is interpreted to be a portion of a, possibly distinct, sand package that appears in the Harrier prospect as well.

The Company believes that the results are encouraging and looks forward to running the wireline program over the next week to determine the presence of mobile hydrocarbons after a compulsory test of the Blow Out Preventer.

Moreover, 88E believes that it shall be difficult to describe if a discovery has been made until the wireline's completion and interpretation.