88 Energy Limited (ASX:88E) had been on a spree of developments in the recent quarter ended 30 June 2021. The Company achieved several milestones, including the encouraging results from Project Peregrine, acquisition interest in the same, key appointments to the leadership team, etc.

PREVIOUS UPDATE: Another feather in 88 Energy’s (ASX:88E) cap with the 100% working interest in Project Peregrine

88E spudded the Merlin-1 well in March 2021, and the same was completed in April 2021. Subsequently, post well testing program was initiated over the samples and data obtained during the drilling of the Merlin-1 well.

Encouraging results were reported from the various works undertaken over the samples collected.

Numerous potentials pay zones in the Merlin-1 well were suggested by the initial petrophysical interpretation of wireline logs, while the presence of oil was confirmed through the sidewall cores obtained from the well.

In addition to this, the presence of hydrocarbons was demonstrated through the geochemical analysis of fluid extracts from selected core samples.

The Company is yet to receive several outstanding Merlin-1 post well evaluation results and shall finalise the integrated Merlin-1 summary after these results have been received and analysed.

On the cost front, 88E has largely concluded the costs connected with the Merlin-1 well, and all significant invoices have been paid. The estimated net share of well costs is around US$9 million, including the wireline costs and further costs related to operational concerns in the course of the wireline program.

88E has initiated studies for review of the historical Umiat oil field development plans prepared by Linc Energy. Preliminary results indicate the identified possibility for cost savings on planned development CAPEX and potential alternative routes to market for the crude.

Additional upside at the Umiat oil field has been identified through initial studies conducted in conjunction with the Merlin-1 post well testing and analysis.

At the Project Icewine, 88E has been closely observing the activity close to the northern border of the project as Pantheon Resources (AIM:PANR) has reported a flow of light oil from the Kuparuk from the Talitha-A well.

As part of the results from Talitha-A, additional insights into the wettability of the Kuparuk formation have also been underlined. These are anticipated to have positive outcomes for the previous interpretation of the horizon by 88E.

Good quality reservoir in the Kuparuk formation has been encountered through the drilling of all three wells at Project Icewine by 88E. There also exist indications for hydrocarbons.

88E believes that the results at Talitha-A are very encouraging regionally for the Kuparuk and the Company’s geoscience team looks forward to reassessing the potential across the acreage.

DID YOU READ: Encouraging results propelling 88 Energy’s (ASX:88E) advancement across the project portfolio

Discussions advancing at the Yukon Leases

During the quarter, 88E continued advanced discussions and negotiations with nearby lease owners of the Yukon Leases.

Notably, all parties are interested in securing the potential to accumulate discovered resources located in the proximity of the Yukon Leases as part of joint development of the area.

The Yukon Leases the 86-million-barrel Cascade Prospect and is located close to ANWR and in proximity to recently commissioned infrastructure at Point Thompson.

During the quarter, 88E appointed Mr Ashley Gilbert to the role of Managing Director and CEO as a result of the resignation of Mr David Wall. In addition to this, Ms Sarah Smith was appointed to the role of Company Secretary.

Towards the end of the quarter, 88E declared that the Company and its subsidiaries would adopt the Environmental, Social and Governance (ESG) framework, which is considered as the worldwide standard for ESG reporting and comprises 21 core metrics and disclosures. 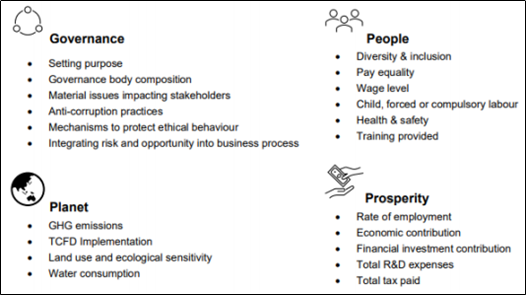 During the quarter, the Company received the payment against the sale of the Alaskan Oil and Gas Tax Credits (worth US$18.7 million cash) held by a fully owned subsidiary of 88E. Most of the proceeds from the sale were utilised for the repayment of the Company’s outstanding debt worth US$16.1 million in full.

88E also inked a deal for the acquisition of 50% working interest in Project Peregrine held by Alaska Peregrine Development Company, LLC (APDC). The Company concluded the acquisition subsequent to the quarter-end, with all consideration shares issued.

88E’s cash balance stood at AU$14.8 million at the end of the quarter, and the Company remains debt-free (not including typical trade creditors). Besides this, 88E experienced significant cash flows during the quarter against various expenditures.

88E received an additional US$5 million regarding the residual cash call payments due from APDC in the ongoing quarter. These funds were utilised fully against outstanding creditors of US$5.059 million due for the Merlin-1 well.

All in all, 88E seems to be fairly funded to carry on additional work across projects. It shall be interesting to see the upcoming developments as the programs undertake to date have indicated encouraging results.