plunge in the crude oil market across the globe had exerted tremendous pressure on the oil-linked products, and the stock prices of ASX-listed oil & gas explorers such as Sundance Energy Australia Limited (ASX: SEA) had taken a hit over the fall.

The demand and supply dynamics for the oil market is still in doldrums with the global production restoring in higher proportion to the demand, which in turn, has kept a lid on the oil gains. The industry experts anticipate that the global demand for oil would the most important factor to decide the oil prices ahead amid the surplus supply situation currently prevailing in the global market.

SEA is a leading oil & gas producer in the United States with a strategy of sustainable and systematic expansion. The company holds 51.903 net acre position the Eagle Ford Shale with a strong asset base.

As per the company, the laterals for each of the Justin Tom wells have gross perforated intervals over 12,700 feet, which makes them the longest wells drilled in the Atascosa county.

SEA estimates average sales volume of 13,500 to 14,000 barrels of oil equivalent a day for the fourth quarter as further 12 new wells came online in Q3 along with an extended reach of lateral Justin Tom wells.

Sundance also revised the full-year average sales volume estimation to 13,300 to 13,500 barrels of oil equivalent a day amid constrained capacity and high back pressure form the second expansion phase of the CGP-41 processing facility.

The overall progress of the company on a YTD basis stood as below: 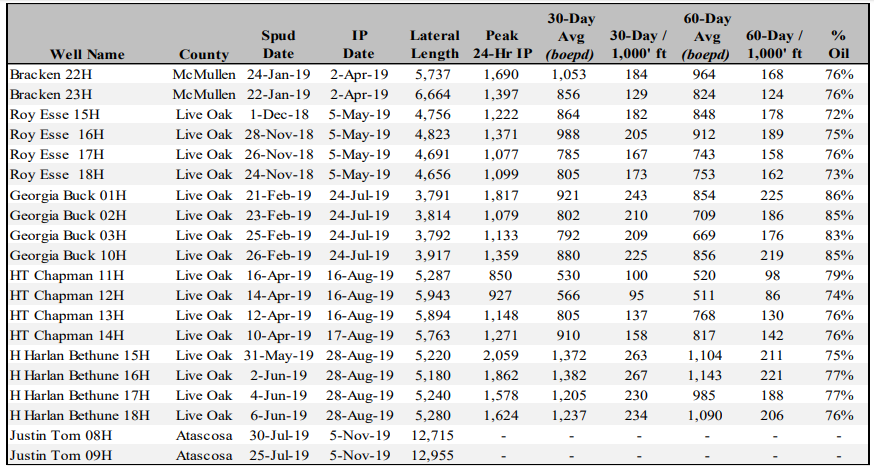 SEA last traded at $0.165 on 14 November 2019, up by over 17.85 per cent against its previous close on ASX. The shares are on suspension in light of all Sundance shares to be acquired by Sundance Energy Inc. (a newly formed Delaware corporation) holding company.

Energy Resources of Australia under the lens of Takeovers Panel

While, the ASX-listed U.S. oil & gas explorer made operational progress, the uranium energy player- Energy Resources of Australia Limited (ASX: ERA) is under the lens of Takeovers Panel in Australia concerning to the proposed Entitlement Offer by the company on 15 November 2019. ERA announced a entitlement offer to raise around AUD 476 million.

The Australian Government Takeovers Panel received an application from the Zentree Investments Limited, in which Zentree mentioned that the minority shareholders are not being given reasonable or equal opportunity to participate in benefits flowing to Rio Tinto via the Entitlement Offer.

Zentree also sought the final orders concerning to the cancellation of the Entitlement Offer and underwritten agreement between ERA and Rio Tinto Limited (ASX: RIO), if any, and also requested in the application that, ERA should be prevented for 12 months from the Panel’s decision to enter into any transaction, which increases the voting power of any person or any company over 20 per cent or increase in the voting power of any person or company already holding above 20 per cent of it without approvals from the shareholders of ERA.