Strike Energy Limited (ASX: STX) is engaged in the oil and gas exploration business. The company has its registered office in Australia and was officially listed on ASX in August 2004.

On 15th May 2019, the company updated investors about the Jaws Pilot operations. The piloting of Jaws appraisal project has been continued by the Strike Energy with drawing down wells in a cautious and controlled manner. Additionally, the flare stack had been ignited with current reservoir pressure of 425 psi at Jaws.

The company pointed out that the water rates have been consistently strong with 450 to 500 plus bbls/d, which has indicated good productivity as the company approaches desorption.

STX also highlighted about the cooper basin Jaw appraisal project that its workover has been successfully completed and the production of gas has been restored, with continuous water production of 400 to 500bbls per day. Additionally, depressurisation to important desorption pressure is on track with bottom hole pressure at approximately 560 psi. 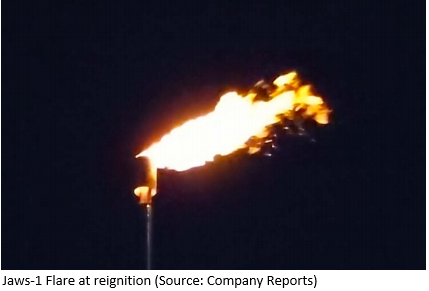 Looking forward, the company will continue to manage the downsize to confirm that the controlled depressurisation and pump health of the reservoir are maintained. The company also pointed out that its surface facilities are designed to manage any instantaneous rise in gas production. To progress its 3D seismic operation in H1 FY19/H2 FY20, the company is looking to farm-out at PEL515. STX holds 66.67% interest in Jaws-1 with 33.33% interest held by Energy World Corporation in Southern Cooper Basin Gas Project in PEL96.

In a quarterly update (Q1 FY19), the company reported that the West Erregulla-2 is on track for spud in May 2019 and the well site has been well prepared with all the major necessary regulatory approvals in place. STX highlighted that its EP488, 489 and 495 seismic commitments have been postponed by suspension and extensions and the Walyering Gas Field 3D seismic campaign is ready for execution over the upcoming quarter.

The company has renegotiated the extension with the Commonwealth Bank of Australia for the $5.3 million R&D facility, which was underpinned by the Jaws’ R&D tax credits.

Strike Energy’s cash at hand for the quarter stood at $7.2 million in Q1 2019. The company is in dialogue on multiple commercial transactions to meet its financial requirements to deliver on its planned outcome. The net cash used in operating activities stood at $3.730 million, which consists of $3.418 million exploration and evaluation cost, $0.237 million of staff cost and $0.238 million of administration and corporate costs. 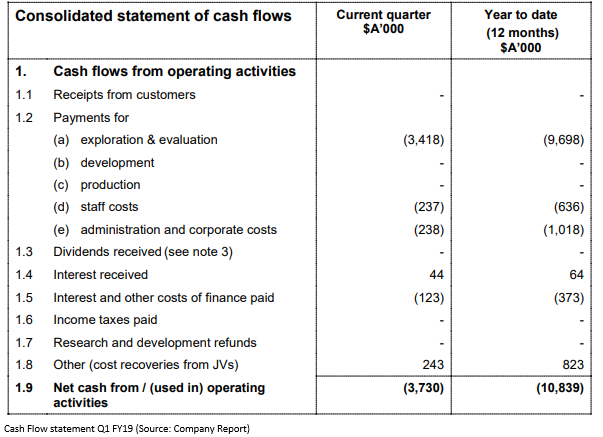