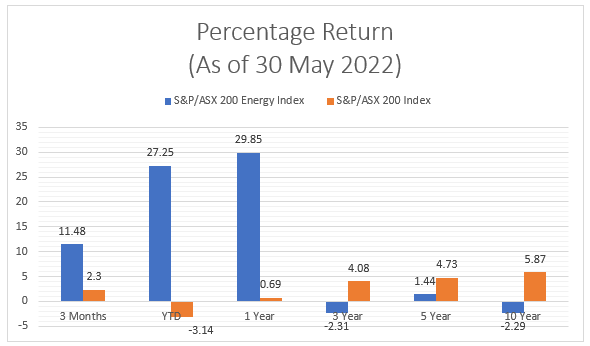 On Wednesday, the energy index, which tracks the performance of the 200 largest energy stocks on the ASX by float-adjusted market capitalisation, gained 0.28% to trade at 10,081.60. The index gained substantially in line with a rise in global crude oil prices, one of the biggest influencers of the energy index.

Must Read: Here's how ASX energy index has performed against its peers

While looking at the multi-year chart, it looks like XEJ stands around its multi-year resistance level. The index has been nicely consolidating at this position for more than a month. 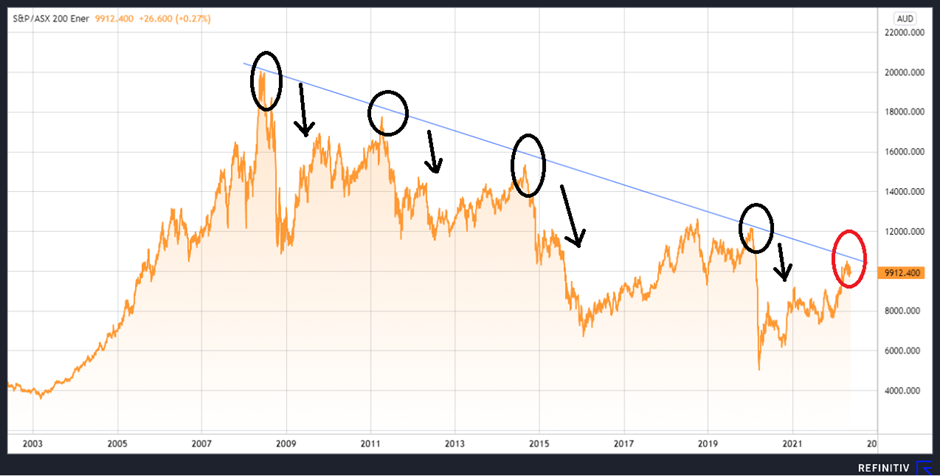 The energy index's return is strongly correlated to the prices of commodities, particularly crude oil. Both crude oil benchmarks gained more than 69% in the last one year with WTI crude oil futures gaining as much as 76.66% in the same period.

The staggering rise in the prices of crude oil came after China eased its COVID-19 restrictions after two months and European Union members discussed the sixth package of sanctions against Russia for its invasion of Ukraine.

Another significant O&G player, Santos (ASX:STO) has also gained as much as 18.67% in the last one year. Though the shares remain muted on Wednesday and settled at AU$8.20.