The results for the period were primarily impacted by a sharp decline in the wholesale price of electricity, lower gas margins, higher operating cost due to COVID impacts, and a large depreciation expense in relation to the recent investment made by the Company.

To Know More, Do Read: NEM Prices Average At Multi-year Low As Demand Dazes And Gas Price Declines in Q12020

The   underlying EBITDA for the period declined by 13% year-on-year to A$926 million. 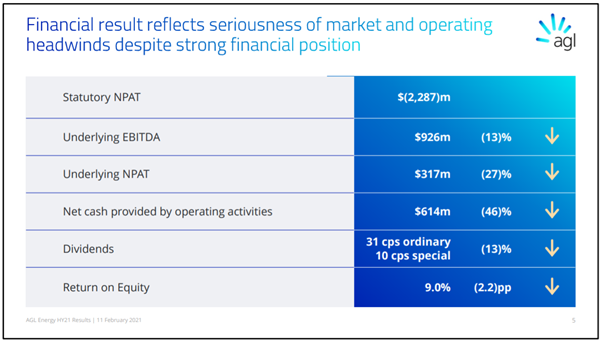 AGL’s net cash from operations stood at A$614 million, down by 46% compared to the previous half-yearly results. The significant dip was noted because of the earning reductions and negative working capital movements related to wholesale electricity market positions.

The Company expects underlying profit after tax for FY21 to lie in the range of A$500 million and A$580 million looking deteriorated certificate prices of renewable energy and wholesale electricity. 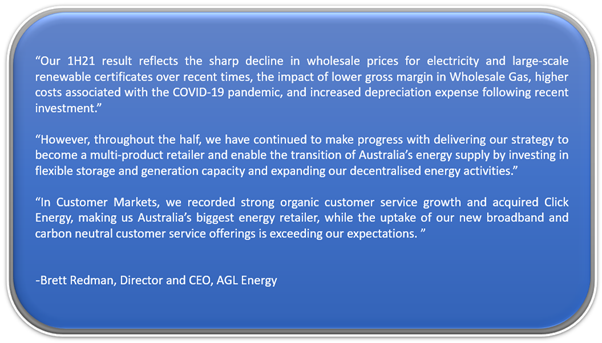