On Monday, Westpac Banking Corporation (ASX:WBC) said the one-off gains from its exposure to a US cryptocurrency exchange and a buy-now-pay-later (BNPL) firm failed to offset the losses in first-half cash earnings from customer refunds and write-downs. 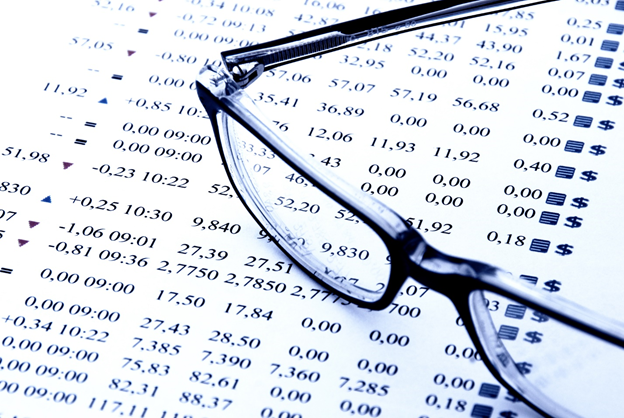 Australia's second-largest banking corporation is coming out with its earnings release for the first half on 3 May, with earnings slated to be AU$282 million lower.

Reinventure, the venture capital arm of Westpac, booked a net gain of AU$288 million on its investment in Coinbase Global (NASDAQ:COIN) which recently marked its debut in the United States.

Coinbase's stock opened at US$381 per share on the listing day, gaining 52.4% over its reference price of US$250 per share set by NASDAQ. The stock closed at US$328.28, which gave Coinbase a fully diluted valuation of US$85.78 billion, including unvested stock options and restricted stocks, and a market capitalisation of $65.39 billion.

By comparison, New York Stock Exchange (the largest stock exchange in the world) owner Intercontinental Exchange Inc has a market cap of around US$66 billion. 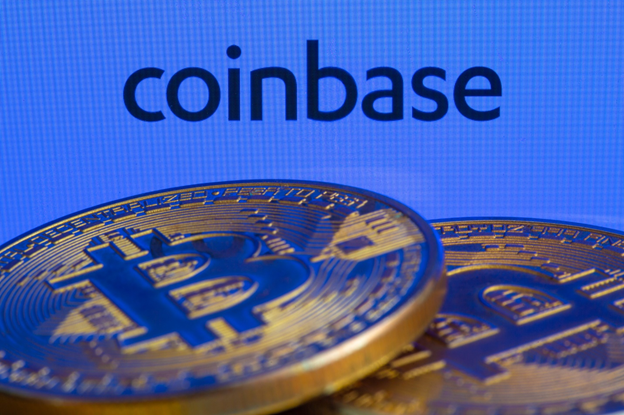 Founded in 2012, the San Francisco-based crypto currency exchange has a user base of 56 million users globally with an estimated US$223 billion worth of assets on its platform, accounting for 11.3% of the entire crypto asset market share, regulatory filings showed. Coinbase was valued at just under US$6 billion as recently as September 2020, but the valuation has skyrocketed, in line with Bitcoin's gains this year.

The world's biggest and best-known cryptocurrency hit a record of over US$63,000 this month and has more than doubled in value this year as banks and companies warmed to the emerging asset.

Since Coinbase’s listing on 14 April, Westpac has reduced its exposure in the crypto exchange by half. The bank also gained AU$18 million from selling its stake in Australia's No.2 buy-now-pay-later firm player, Zip Co Ltd (ASX:Z1P).

The windfall profits, however, were not enough to offset around AU$220 million in additional provisions made for customer refunds, payments and litigation.

A loss of AU$113 million from the sale of its pacific business, software and goodwill write-downs of roughly AU$200 million and AU$56 million from costs to end its relationship with IOOF Holdings (ASX:IFL) will also weigh on the bank’s profit.

Westpac posted interim cash earnings of AU$993 million in FY20 after taking large write-downs, mainly to account for expected losses from loans due to the COVID-19 crisis. The drawdowns were large enough in the lenders business, which has also opted to not pay a dividend.

Westpac has been selling non-core assets and looking to turn the page on the reputational hit it took for enabling millions of illicit payments, including to people exploiting children, which resulted in a record AU$1.3 billion fine. 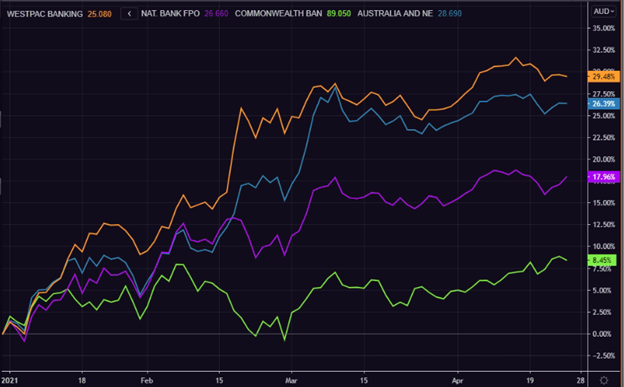 On Monday, shares of Westpac were down 0.16% amid a weak trading session of the Australian market. The share price has surged 29.4% this year, outperforming Australia's other three major banks, namely: Commonwealth Bank of Australia (ASX:CBA), National Australia Bank Limited (ASX:NAB) and Australia and New Zealand Banking Group Limited (ASX:ANZ).