Financial technology firm Tyro Payments on Monday released the half-year results for FY21. Revealing strong numbers for the given period, the announcement triggered a 6.6% uptick in Tyro Payments’ stock price.

Remarkably, Tyro set a record, having clocked AUD12.1 billion in transactions during the first half of FY21. The company also exhibited 16% higher transactions for the month of February (till 19th February 2021). Transaction value for February (year-to-date) remained 10% high at AUD15.434 billion compared to the previous corresponding period (pcp) at AUD14.015 billion.

The announcement led to Tyro Payments trading higher in the stock market at AUD2.93 per share. This is significantly higher than its share price of AUD2.54 a month back. However, the current price is much lower than Tyro’s October high of AUD4.29 per share. 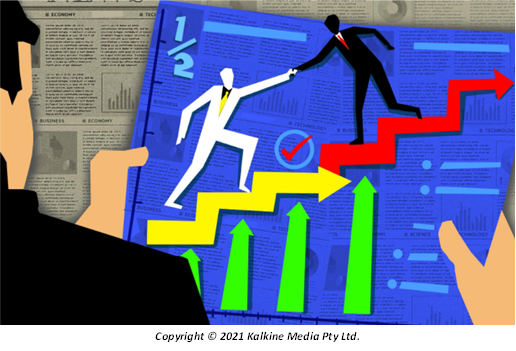 During these 6 months, Tyro saw over 36K merchants choosing the company as their merchant provider. This was a 13% increase over the previous year’s corresponding half-year period. The total merchant deposits with the company were reported to be AUD104 million as of 31st December 2020.

The company’s balance sheet also remained strong with AUD165 million recorded in total capital as well as a capital ratio of 143%.

The firm’s ecommerce business saw a staggering growth of 376% with AUD14.8 million worth of transactions being processed during the half year period. The same figure for the half year period of FY20 was only AUD3.1 million, pointing to the strength of digital services observed over the last one year.

The Tyro and Bendigo bank alliance has also worked well in the company’s favour. Additionally, the firm’s Tyro Connect initiative gained traction during the half-year period.

Tyro’s merchants engaged in the hospitality, health and retail sectors saw a slowdown in business due to unpredictable lockdowns in the country. Tyro remained focused on actions and initiatives designed to assist its merchants in navigating the impacts of the pandemic.

The telehealth payment solution also grew by 86%, with AUD178.6 million worth of transactions being processed during the half year period ending 31st December 2020.