Australian shares edged lower in choppy trade as gains in utilities and material stocks were offset by losses in tech and healthcare stocks. The market swung between gains and losses as investors tried to try to make sense of the outlook for inflation in the US. Adding to it, persistent concerns over the COVID-19 situation in the country and the unemployment data also kept investors edgy.

The S&P/ASX200 was down by 6.30 points to 7,348.40 by the afternoon. The index opened lower today, following muted cues from US stocks that settled mixed overnight.

On the COVID-19 front, NSW has reported a sharp decline in new cases in the past 24 hours. The state registered 65 new locally acquired cases, the lowest in last four days. NSW Premier Gladys Berejiklian lauded the fall in cases but expressed concern that 28 of those were out in the community while infectious.

Meanwhile, a data released by the official Bureau of Statistics showed that unemployment rate had fallen to 4.9% in June from 5.1% in May. As per the government data, nearly 30,000 jobs were created last month. With this, the unemployment rate has declined for eight months in a row. 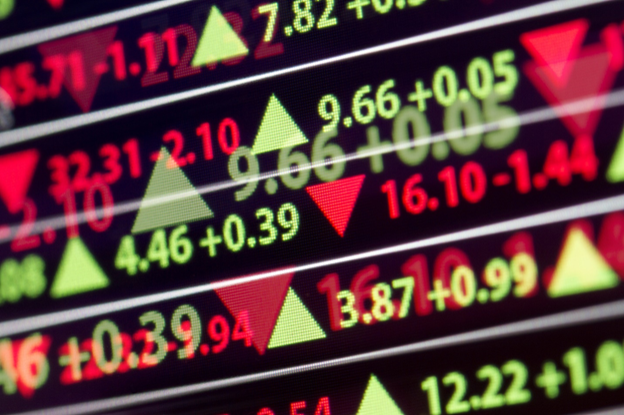 On the sectoral front, six of 11 indices were trading in red by the lunch time. The utilities and energy were the best performing sectors with nearly 1.5% gain, followed by materials, which rose 0.6%. Among others, A-REIT, consumer staples and consumer discretionary were trading higher with modest gains.

On the flip side, the information technology sector emerged as the top loser for the second day, falling over 1% in line with the US counterpart, NASDAQ.

In the tech sector, Buy-Now-Pay-Later (BNPL) stocks witnessed selling pressure for the second straight session amid concerns over rising competition. US-based fintech major, PayPal, has launched a fee-free instalment payments product in Australia to take on Australia's home-grown BNPL players. Besides, tech giant Apple has also decided to foray into this highly popular form of payment system. Apple is launching a rival BNPL service “Apple Pay Later”, which will be offered in partnership with Goldman Sachs Group Inc.

Australian Energy majors Beach Energy (ASX:BPT), Santos (ASX:STO), Origin Energy (ASX:ORG) and Oil Search (ASX:OSH) traded in the red zone amid oil price downtick. Crude oil prices fell over 2% in the overnight trade after the US data revealed that the demand weakened a bit last week. The fall in prices was also triggered by a compromise on supply reached out by the major global oil producers.

Shares of Sydney Airport (ASX:SYD) fell as much as 1.9% after the company rejected an AU$22.26-billion takeover proposal. The operator of Australia's largest airport said the AU$8.25 per share offer by a group of infrastructure funds undervalued the company.

Shares of Woodside Petroleum (ASX:WPL) fell over 1% to AU$22.96 despite strong earnings. The company reported a 67% growth in sales revenue for the second quarter, driven by higher realised prices for natural gas and oil.

Gold explorer Dacian Gold Limited (ASX:DCN) fell as much as 6.5% to 29 cents on weak gold production. The Company said its production for FY21 stood at 106,919 ounces, lower than previously estimated figures.

Shares of food & beverage company Forbidden Foods Ltd (ASX: FFF) were trading flat. The company has signed an exclusive distribution agreement for FUNCH & Sensory Mill in the Philippines. The agreement has been signed with Moshi Wellness OPC (Moshi).

Total Brain Limited (ASX:TTB) on Thursday said that it had entered into a three-year contract to provide its mental health software to Eastman, a US-based global specialty materials company. Based in Kingsport, Tennessee, the United States, Eastman serves customers in more than 100 countries, and is a part of Fortune 500.

Tasman Resources Limited (ASX:TAS) has informed its shareholders that there was a significant growth of OptiBlend in the Indian Market. OptiBlend is a dual fuel system that enables diesel generator to use natural gas as its primary fuel without modifying the engine or the diesel fuel system.

Shares of biotechnology firm Actinogen Medical Limited (ASX:ACW) climbed nearly 9% to 12.5 cents on enrolling patient for XanaMIA trial. The company said that it had enrolled the first patient in Part A of its two-part XanaMIA trial, which targets patients with mild Cognitive Impairment due to Alzheimer’s disease.

Asian markets were trading lower in opening deals, tracking mixed cues from Wall Street.  Japan's Nikkei was the worst performer in the region, falling over 0.8%.

China’s Shanghai Composite was also trading lower as investors reacted to GDP data. The Chinese economy grew 7.9% in the second quarter, less than half the 18.3% reported in the March quarter, as per National Bureau of Statistics data.

In the overnight trade, Wall Street ended on a mixed note as concerns about rising inflation kept investors cautious. The market sentiment was lifted after US Federal Reserve Chairman Jerome Powell said that inflation would fade soon and that the central bank planned to continue its current monetary policies.