The outcome of the US elections is making the headlines for the stock market news for the world. Finally, the Americans have chosen to end the term of current president Donald Trump and elected the Democrat representative, Joe Biden and vice president, Kamla Harris.

The leaders across the world seem to be cheered up by the outcome of the 59th presidential run and have also congratulated both. These names include Borris Johnson from the UK, Angela Market from Germany, Narendra Modi from India, Scott Morrison from Australia, to name a few. 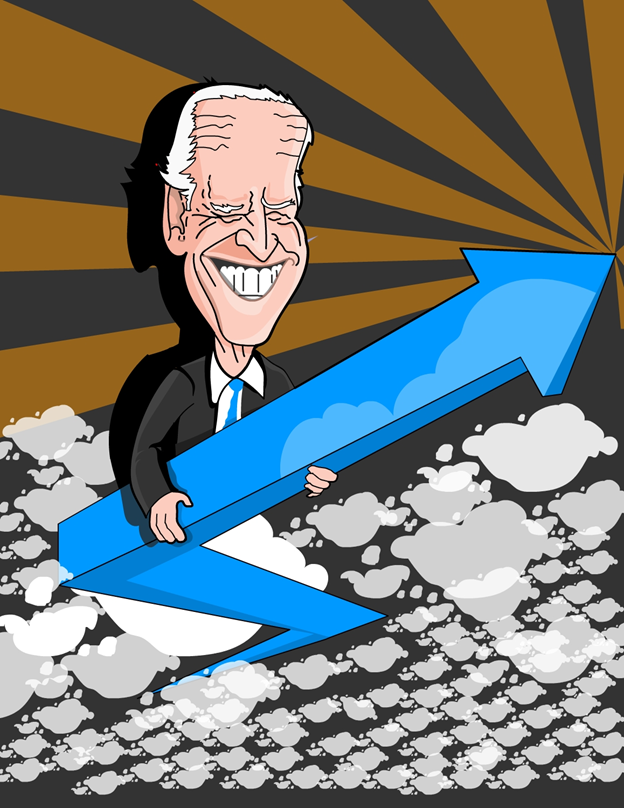 There are still a couple of states, North Carolina and Georgia which are yet to close their counting. However, Joe Biden has already surpassed the majority 270 electoral votes with current 290 votes.

It’s not just the Australian market that is showing the enthusiasm for Joe Biden’s victory, but the Wall Street and other markets are also expressing the similar mood.

The US markets have been rising since a couple of days prior to the elections. As the states started to come out with final votes, the markets only pumped up higher. Currently, the Dow Jones futures is trading at 28530, up by 1.15%, while the broader S&P500 index futures is up by 1.31%, trading at 3546.62.

These gains were posted after a red trading session on Friday amid uncertainties regarding the election outcome as President Donald Trump had already gone ahead with a legal battle against few states for violation of election rules. The judgement had been ruled out for two states by the Supreme court, eliminating the remaining uncertainty.

Other global markets that are cheered up with the election outcome are European markets. DAX of Germany, and FTSE 100 of London are up by 1.29% and 1.05% respectively.

Volatility on the lower side

The volatility across the financial markets has been coming down since the start of the US election voting, showing considerable and strong view for the Joe Bidens’ victory. Now, when the majority votes have been secured by Joe Biden and stock markets predictions have been materialised, the volatility index is continuing its course of action towards the south.

The S&P/ASX 200 VIX or A-VIX, which measures the Australian market’s volatility is down by a massive 8.6%. While, CBOE VIX was down by 9.8% in Friday’s session.