It is a critical year for Piedmont Lithium Limited (ASX:PLL) as the company is advancing its integrated lithium hydroxide project towards construction later in 2021. The project is in North Carolina. 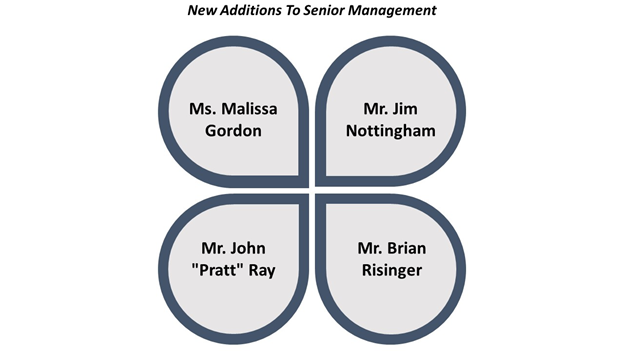 PLL has appointed new team members to the senior management team. The rich experience of these team members is a worthwhile addition to the ongoing project.

Ms Malissa Gordon: She joined PLL as Manager-Community and Government Relations in 2020. In North Carolina, she was with Gaston County Economic Development Commission for more than 12 years. She maintains strong connections with business organisations, community leaders, and non-profit organisations.

Her deep local roots are immensely benefitting for PLL's project in North Carolina. She has done BS in Corporate Communications from Western Carolina University.

Mr Jim Nottingham: He joined as Senior Project Manager in Concentrate Operations. He has been associated with the mining industry from over three decades. Mr Jim has extensive experience in mine management, project management, process plant operations management, and construction sector. Education-wise, he holds his BS in Mining and Mineral Engineering from West Virginia University.

Mr John "Pratt" Ray: He joined the team in 2020 in Chemical Operations as a Production Manager. He also has nearly 30 years of related experience. Previously he worked in production and operations department at Livent's Bessemer City, North Carolina lithium chemical facility. He has broad experience in lithium hydroxide and carbonate production from spodumene and brine sources.

Mr Brian Risinger: He is appointed as VP of Corporate Communications and Investor Relations. He has more than 20 years of experience, and recently he served as a director of investor relations, corporate communications, and marketing in one of the world's most extensive paper and packaging firms, Sonoco Products Company. He is a graduate from Darla Moore School of Business, The University of South Carolina.

Piedmont is progressing fast towards becoming a domestic lithium hydroxide's producer for battery materials market in North America. The new additions to the team come as a logical step in the company's evolution, and all the new hires are highly experienced and can take the project and the company to the next level.

The strategical hirings will help Piedmont in its redomicile efforts of its primary listing to the US. It is heading towards becoming high profile name in the clean energy sector through its Zero Emission Transportation Association with forward-thinking companies like Uber, Tesla, Lithium Americas, Albermarle, and others.