With almost all the major mines across Australia buzzing right now, the Australian Stock Exchange too is being bombarded with frequent announcements pertaining to the mining sector.

Here are some of the mining stocks that made news recently for various reasons.

Minbos Resources Limited (ASX:MNB) was undoubtedly one of the most trending stocks on the ASX. Buoyed by the grant of a mining licence, the shares of the Company registered remarkable gains up to 17%.

The Company shared that Angola’s Ministry of Mineral Resources, Petroleum and Gas had granted Minbos the mining licence for the Cabinda Phosphate Project, positioned in Angola.

The best part of the deal is that the licence is renewable for up to 35 years.

The stock closed the Friday session at A$0.095 per share, and with a market capitalisation of A$48.13 million.

Also read: Mimbos secures a mining licence at Cabinda; how did the market react?

The targets at both prospects will also be sandstone channel and facies zones which are beneficial to developing higher-grade ZN-Pb mineralisation.

Magazine and Chinook are 10.5 kms apart with the Zn-Pb-Ag mineralisation completely open.

The drill programme is expected to take three weeks, with assays to follow.

Meanwhile, the stock ended the week’s session at A$0.110 per share, with market capitalisation at A$55.88 million.

Golden Deeps Limited (ASX:GED) ended the Thursday session 20% higher, driven by a drilling announcement made by the Company.

In an ASX release, the company informed that a drilling programme had been scheduled for the Khusib Springs copper deposit on the Company’s licences in the Otavi Mountain Land in Namibia.

The company has roped in Ferrodrill Namibia as the drilling contractor for the drilling programme, scheduled to start in April 2021.

This RC drilling programme will target the high-grade copper-silver mineralisation in the upper part of the deposit adjacent to the historic stopes. The drilling will also be testing for up plunge extensions to the deposit that was mined from underground but not extended to surface.

The Khusib Springs copper-silver mine is located near the Grootfontein in Namibia and was mined between 1996 and 2003.

The drilling programme at Khusib Springs will involve around 18 holes for 750m and will target the upper part of the deposit.

Meanwhile, the stock ended the week’s session at A$0.011 per share, with market capitalisation at A$9.29 million. 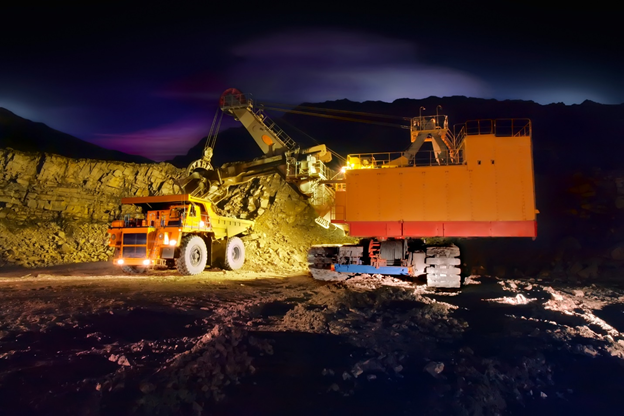 Bastion Minerals Limited (ASX:BMO) was listed on the ASX on 12 March. The Company is focused on discovering high-grade precious and base metals deposits within the mineral-rich Atacama Region of Chile.

Bastion Minerals made headlines when this newly listed stock began exploration activities at its Capote Gold Project in Chile.

On 25 March, the Company made an announcement that said that after the launch of a successful IPO that raised A$5 million, exploration activities had started at the Capote Gold Project in the mineral-rich Atacama mining region in northern Chile.

The interim exploration results for Capote are due second week of April 2021.

On Friday, the stock ended the week’s session at A$0.220 per share, with market capitalisation at A$15.88 million.