The Australian share market remained under stress by Thursday afternoon as investors turned jittery ahead of trade balance and housing finance data for the month of July, slated to be announced today. The macro data follows the better-than-expected gross domestic product (GDP) figure released on Wednesday. The fall in commodity prices, especially iron ore and crude oil, as well as a swathe of ex-dividend stocks also dragged the market lower.

The equity market witnessed a broad-based sharp sell-off as all 11 sectors were bleeding in red. The material sector was the worst performer with 2.80% loss, owing to a sslump in iron ore prices. The iron ore price dropped 6.7% to US$143.43 a tonne following contraction in manufacturing activity in China. Sector heavyweights – BHP Group (ASX:BHP), Rio Tinto (ASX:RIO), and Fortescue Metals (ASX:FMG) – were among the top losers.

Among others, consumer staples and healthcare sectors were down over 1.5%, while utilities, A-REIT, telecom, industrial, financial and tech witnessed surge in selling activities.

The concerns over rising COVID-19 cases also left investors jittery. NSW reported 1,288 new local cases and seven deaths in the past 24 hours, while Victoria’s case tally stood at 176. Meanwhile, New Zealand detected 49 new locally acquired cases, in the epicentre of Auckland, taking the total tally to 736 in this outbreak. 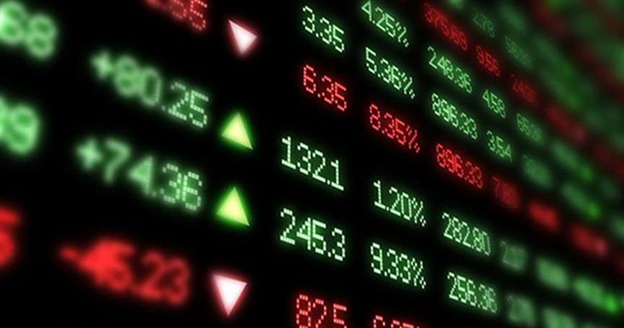 Engineering services firm TEK-Ocean Group (ASX: T3K) made a weak debut on the ASX today, falling 6% in opening deals. The company commenced trading after successfully raising AU$6.6 million in its IPO at an issue price of 50 cents per share.

Shares of Senex Energy (ASX: SXY) traded flat after the company signed a gas sales agreement with Australian packaging and paper manufacturer Opal. The pact is for up to six years and up to 12 petajoules (PJ) of natural gas.

Shares of West Wits Mining (ASX: WWI) declined 9% even after the gold miner’s Qala Shallows project delivered positive results supporting its progress to stage 1 of mine development. The project is located on the Kimberly Reef package in the Witwatersrand Basin, South Africa.

Matsa Resources (ASX: MAT) shares gained over 5% after the miner issued a Mineral Resource Estimate (MRE) update for its Fortitude Stage 2 mine.