“The stock market is designed to transfer money from the active to the patient”, says investing mogul Warren Buffett. On that note, lets look at today’s market performance and associated factors, as another action-packed week starts.

A boom in local travel and aviation stocks had the local market sit pretty with gains today. A morning announcement from the NSW government took sentiments high as residents were given a roadmap towards potential international travel later this year. This was further catalysed by energy and materials sectors, who led the pack of gains.

7 of 11 sectors were higher along with the ASX 200 Index, barring healthcare, utilities, consumer staples and IT. Energy was the star performer today, gaining 1.89 per cent and 10.17 per cent for the past five days.

Image description: Bull vs bear- how will the market unfold this week?

The top performer on the ASX pack was global online marketplace Redbubble Limited (ASX:RBL), that soared over 7 per cent. It was followed by two travel companies- Flight Centre Travel Group Limited (ASX:FLT) and Webjet Limited (ASX:WEB), that soared 7 per cent and 5.3 per cent, respectively. The A2 Milk Company Limited (ASX:A2M) also made a place in the gainers list today, rising 5 per cent. Shares of  financial services company IOOF Holdings Limited (ASX:IFL) were up by 4.6 per cent.

RELATED READ: From Sigma to Synlait Milk: Five stocks that made a splash on ASX today

Notable updates from the global economy

China seems to be heading into a power supply shock that could hit Asia’s largest economy hard, as the Evergrande crisis sends shockwaves through its financial system. The clampdown on power consumption is being propelled by rising coal and gas prices, increasing demand for electricity, along with strict targets from Beijing to reduce emissions. Beijing’s unprecedented curbs on the property sector is another indication that China’s economy may shrink this quarter.

There are concerns about worsening fuel shortages. Europe is going through an energy crisis as the nation heads into winter. There is major supply chain disruption. Gas prices have recently surged, and the price of oil has also shot up.

On that note, oil gained at the start of the week’s trading as the crude market is tightening due to the global energy crunch. A rally in natural gas looks set to push demand for oil as users shift fuels.

Back home, the NSW government plans to re-open the economy as key vaccination targets are met next month. The state plans to start re-opening on October 11, when 70 per cent of the population older than 16 will have been vaccinated. 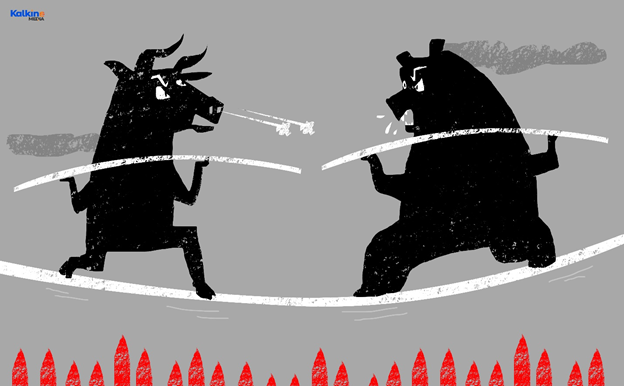 Besides, economic figures to be released later this week (including figures on building approvals) are likely to spark renewed discussion about the strength of the property market in Australia. The challenges for housing affordability, and potentially for financial stability will be hot topics of discussion as the week progresses.

Asian markets had a good start to the week. Japanese shares rose today, led by cyclical stocks that would benefit from an economic recovery from the COVID-19 lows, as the country plans to lift its emergency measures later this week. The Nikkei share average was up 0.36 per cent. South Korean shares also rose, helped by strong buying from foreign investors for an eighth straight session, although worries over China Evergrande Group's debt crisis kept a lid on gains. The benchmark KOSPI rose 16.49 points.

In Hong Kong, shares of China Evergrande’s electric car unit plunged as much as 26 per cent. The Company may face an uncertain future unless it got a swift injection of cash.

The weekends were a tad volatile for the cryptocurrency market. Thin volumes over the weekend usually allow a few large orders to influence the market in either direction. As various equity markets open up today, we could witness an increased volatility across the crypto spectrum. The total crypto market capitalisation has gone higher and now stands at USD 1.93 trillion. With the markets moving higher, the average traded volume seems up, suggesting a positive outlook for the week. 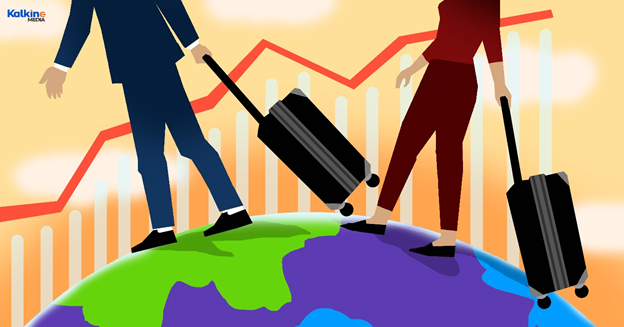 Bitcoin started a recovery wave above the USD 42,800 and USD 43,000 resistance levels. The largest virtual currency traded in the green today and was up 4.72 per cent at USD 44,045.69. The prices of Bitcoin went slightly up after Jack Dorsey’s Twitter has officially enabled third-party bitcoin tipping services for iOS users, giving the option to pay one another across the globe, instantly.

Besides, crypto investors opine that China’s latest blanket ban on virtual currency businesses could be a blessing in disguise for decentralised exchanges (DEX) enabling direct peer-to-peer transactions without an intermediary.