Australian shares extended gain for the second day on firm global cues and flurry of company results. A surge in buying across energy, tech and gold mining stocks also supported the market. However, the concerns about a consistent rise in COVID-19 cases limited the market’s gain.

In the overnight trade, US stocks ended at a record high as market sentiment was boosted by the US Food and Drug Administration’s (FDA) nod to the COVID-19 vaccine developed by Pfizer-BioNTech. The move is likely to accelerate vaccination drive in the US. Boosted by the development, the Dow Jones gained 0.6%, while the benchmark S&P 500 rose 0.8%. The NASDAQ Composite rose 1.5% to close at a record high.

On the sectoral front, six of the 11 sectors were trading in the red zone. The energy sector was the best performer with a 2.5% gain, driven by a spurt in crude oil prices. The Brent crude rose 5.2% to US468.58 a barrel, while West Texas Intermediate crude oil gained 5.3% to US$65.46 per barrel.

The Energy sector was followed by information technology, which surged 1.15%, tracking overnight gains in the US counterpart, NASDAQ Composite. Among others, material, financial and A-REIT also witnessed a surge in buying activities.

Bucking the trend, the consumer staples sector extended loss for the second day, falling nearly 0.7%. Among others, consumer discretionary, industrial, telecom, health care and utilities stocks were trading in red. 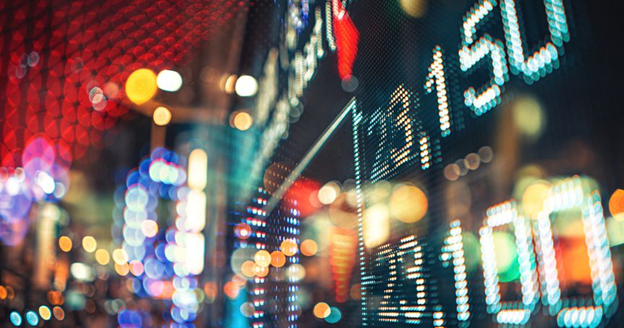 The share price of oil and gas producer Oil Search (ASX: OSH) climbed nearly 3% post earnings release. The revenue rose 7% to US$667.7 million in the first half of the year, while core net profit zoomed 463% to US$139 million. The company, which has announced its merger with Santos, declared an interim dividend of 3.3 US cents a share, its best dividend since 2019.

Mining services company Perenti Global (ASX: PRN) shares rose nearly 2% following the earnings report for the 2021 financial year. The statutory net profit after tax and amortisation stood at AU$75.3 million in the second half of FY21, compared to a first-half statutory loss of AU$63.8 million. Revenue slipped marginally to AU$2.02 billion, from AU$2.04 billion in FY20.

Ansell (ASX: ANN), engaged in the manufacturing of protective industrial and medical gloves, saw its shares falling over 9% despite declaring a record dividend for the 2021 financial year. The company announced a final dividend of 43.6 US cents, its highest dividend payment on record, after it reported robust growth in its earnings.

Australian engineering firm Monadelphous Group’s (ASX: MND) shares dropped 15% after unveiling earnings for the 2021 financial year. The profit rose by 29% to AU$47.1 million, while the revenue surged 18% to AU$1.75 billion, helped by a surge in demand for its services, especially in Western Australia. The company also declared a final fully franked dividend of 21 cents a share, much higher than 13 cents paid a year ago.

Financial services firm HUB24 (ASX: HUB) shares nosedived over 14% even after it hiked dividend following growth in its earnings. The company declared a final fully franked dividend of 5.5 cents per share for the 2021 financial year, up 57% compared to last fiscal. Meanwhile, net profit after tax jumped 53% to AU$15 million, while underlying group earnings before interest, tax, depreciation, and amortisation (EBITDA) rose 47% to AU$36.2 million.

The share price of global shipbuilding company Austal (ASX: ASB) tumbled over 12% after it reported a drop in its earnings. The revenue dropped by 24.6% to AU$1.57 billion for the 2021 financial year, while earnings before interest and taxes declined 21% to AU$114.6 million. Net profit after tax stood at AU$81.1 million, compared to AU$89 million in FY20.

Australian investment fund Spark Infrastructure (ASX: SKI) shares gained nearly 0.5% after it released results for the six months ended 30 June 2021. The regulated and contracted asset base (RCAB) increased by 4.5% to AU$6.9 billion in the first half of the year, while look-through net operating cash flow rose 6.6% to AU$201.2 million.

Shares of medical technology company Nanosonics (ASX: NAN) rallied over 17% on robust earnings. The company reported significant growth in the second half of the 2021 financial year, with revenue rising by 39% compared to the first half. For the full year, the revenue increased by 3% to AU$103.1 million, while operating profit before tax dropped to AU$11 million, from AU$12.4 million in FY20. The company’s global installed base surged 13% to 26,750 unites.

Construction materials manufacturer Boral (ASX: BLD) saw its shares dropping over 5% after it scrapped dividend despite a rise in profit. The profit rebounded to AU$639.9 million in the 2021 financial year, compared to a AU$1.14-billion loss a year earlier. The revenue dropped 6.7% to AU$5.3 billion.