In the overnight trade, US stocks ended on a mixed note as a fall in energy and tech stocks offset cheer over strong retail sales, which signalled a resilience in the economic recovery. The Dow Jones dropped 0.2%, the S&P 500 dipped 0.15%, while the NASDAQ Composite rose 0.1%.

ASX Nosedives; which Stocks are Leading the Fall?

The US Retail sales rose 0.7% last month, boosted in part by back-to-school shopping and child tax credit payments, while data for July was revised. Meanwhile, data on weekly jobless claims indicated that the US labour market remained under pressure. The Labor Department data showed that the US initial unemployment claims increased to 332,000 in the week ended September 11, compared to 312,000 during prior week.

The mixed economic data has prompted analysts to speculate whether the Federal Reserve would bring forward its plans for tapering stimulus. The Fed is widely expected to stand pat at its meeting next week.

Back home, on the sectoral front, seven of the 11 indices were trading in the red zone. The material sector was the worst performer with a 3% loss, owing to a sharp fall in iron ore prices which headed toward US$100 a tonne. In the overnight trade, the iron ore extended its fall, sliding by a further 8.1% to US$107.21 per tonne.

Material was followed by the energy sector, which dropped 1.7%, owing to a fall in crude oil prices. Crude oil prices remained under pressure as easing threat of storm in the US exerted pressure on the prices.

Among others, utilities, financial, telecom, consumer staples and A-REIT also witnessed a surge in selling activities.

Bucking the trend, information technology was the biggest gainer, rising 0.9% in line with the US counterpart NASDAQ Composite, which ended higher in the overnight trade. The consumer discretionary and industrial sector also saw some buying. 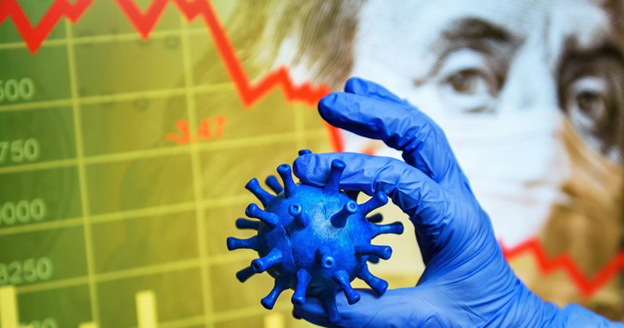 NSW recorded 1,284 locally acquired COVID-19 cases and 12 new deaths in the past 24 hours. Victoria registered 510 new cases and one death. Despite a rise in cases, Victoria will ease some restrictions from Friday night as it hit the 70% first dose vaccination target. Meanwhile, Queensland recorded a new local case of coronavirus on Friday. 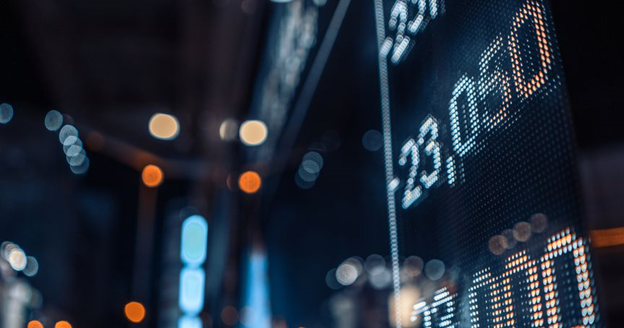 First one is engineering and construction group CIMIC (ASX: CIM). The share price of CIMIC dropped nearly 1% even after its joint venture secured a contract worth AU$265 million. The group company CPB Contractors along with its joint venture partner Acciona has been awarded a contract for Western Sydney Airport’s airside civil and pavement works.

Shares of Swift Media (ASX: SW1) traded flat by lunchtime after it appointed Brian Mangano its new chief executive officer. Mangano will replace Pippa Leary, who will shift to a non-executive director role.

The share price of engineering group Decmil (ASX: DCG) rose over 4% after it bagged a contract from the Victorian government. The company has been awarded an AU$88.7-million contract for the Barwon Heads Road project.

Shares of Air New Zealand (ASX: AIZ) were down nearly 0.5% after it issued an update on the impact of lockdown on its business. The airline said that the lockdown restrictions in New Zealand and ongoing suspension of travel to Australia have resulted in significant revenue loss to the carrier.

The share price of Minbos Resources (ASX: MNB) fell nearly 7% even after Moody’s raised its region - Angola’s credit rating. The global agency upgraded the rating of the exploration and development company for the first time, based on improved governance and debt metrics.

SaaS provider intelliHR (ASX:IHR) plunged nearly 10% by lunchtime. The company said in an exchange filing that it had completed an AU$11.5-million placement at 23 cents per share.

Australian department store chain Myer (ASX: MYR) continued gaining a streak for the second day after posting robust annual earnings. The stock was up over 2% after surging as much as 15% in the previous session.

Shares of Wesfarmers (ASX: WES) also extended gain for the second day after it proposed a revised bid to acquire Australian Pharmaceutical Industries (ASX: API). In the revised proposal, Wesfarmers proposes to acquire 100% shares of API for the cash consideration of AU$1.55 per share.