Australian shares closed flat with marginal losses on Monday, led by sell-off in energy and realty stocks. The equity market was mostly higher during the day despite a rise in COVID-19 cases as investors seemed to set aside virus jitters for now and shift focus to corporate earnings beginning this week.

On the flip side, gold miner Silver Lake Resources (ASX:SLR) was the top loser on the ASX, falling nearly 7.75%.

The market breadth, indicating the market's overall strength, was weak with nine of the 11 sectoral indices ending in red zone. The energy shares were the worst performers with over 1% loss. Among others, A-REIT, information technology, utilities, consumer staples, health care and telecom were notable losers.

Meanwhile, the material sector emerged as the best performer, settling with over 1% gain. 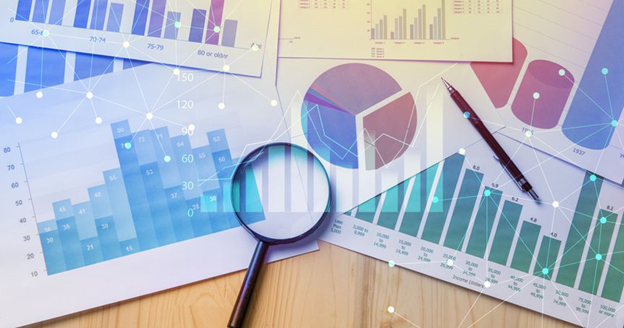 Gold shares were in pressure today, Silver Lake Resources (ASX:SLR) declined the most, in line with All Ordinaries Gold Index, AXGD, which tumbled following fall in gold price. Gold prices slipped on Monday following a 0.5% drop last week as easing fears in parts of the world over the Delta variant of COVID-19 dented the bullion's appeal as a safe-haven asset.

Shares of apparel and footwear retailer Best & Less Group Holdings Ltd (ASX: BST) made strong debut on ASX, in line with broader market. The retail stock gained 6.5% in opening trade to AU$2.3 against listing price of AU$2.16. The company had raised AU$ AU$60 million via IPO by issuing shares to institutional and retail investors.

Shares of A2 Milk Company (ASX: A2M) dropped over 6% to hit an intraday low of AU$6.36. The marketer of fresh milk and infant formula has appointed Amanda Hart as the baby formula’s chief people & culture officer.

Shares of Cann Group (ASX: CAN) tumbled as much as 16% to 32.5 cents after the company unveiled plan to raise fund. The medicinal cannabis group has proposed to raise AU$20 million through institutional placement and a share purchase plan, subject to shareholder approval.

Shares of OncoSil Medical (ASX: OSL) dropped 1.7% to 5.9 cents after it reported lower than expected earnings. The earnings of medical technology firm were impacted by disruption caused by COVID-19. OncoSil is a medical device company that is currently commercialising its platform technology for the treatment of patients with locally advanced pancreatic cancer (LAPC) and bile duct cancer or distal cholangiocarcinoma (DCC).

Infrastructure company GPT Group (ASX: GPT) saw its shares falling as much as 3.3% to AU$4.59 after the Company withdraw its guidance for 2021. The Real Estate Investment Trust has withdrawn its funds from operation and distribution guidance, citing the uncertainty related to the duration and impacts of lockdowns in Sydney and Melbourne.

Software services provider ImExHS Limited (ASX:IME) gained 4% to AU$1.6 after it announced acquisition of a radiology firm. The Company said it has entered an agreement to acquire Colombia-based radiology services provider RIMAB SAS for AU$8.5 million.

Casino operator Crown Resorts (ASX: CWN) slipped 2.7% to AU$9.75, extending fall for the eighth consecutive session. The company informed the exchange that the Western Australia state has extended the time given to a Royal Commission probing operations at CWN's Perth casino until March 2022.

Shares of turbine engine services provider PTB Group (ASX:PTB) rallied over 6% to 76.5 cents on upgrading its forecast. The Company has raised the lower end of its EBITDA (excluding foreign exchange gains/losses) forecast, which now ranges from AU$22.5 million to AU$23 million, compared to its previous outlook of AU$21 million to AU$23 million. It has also upgraded its annual net profit before tax to a range of AU$16.5 million to AU$17 million.

The Asian markets were trading mostly lower, barring Japan’s Nikkei, as investors turned cautious ahead of the US Federal Reserve meeting. While no policy changes are expected in Wednesday’s meeting, investors will keep an eye on the tapering discussions that started in June.

Japan’s Nikkei, which opened after a long gap of one week, was trading higher by over 1%.

Hong Kong’s Hang Seng was the worst performer in the region, falling nearly 3% amid sharp selling in tech and education stocks. Shares of Hong Kong-listed Chinese tech and education firms were among top losers. As per report, Chinese authorities stepped up restrictions on the sector.

In a similar trend, China’s Shanghai Composite was also down over 2%. The country’s antitrust regulator has asked multinational technology conglomerate Tencent to give up its exclusive music licensing rights and slapped a fine for anti-competitive behavior.

On Friday, US stock closed at record high on upbeat corporate earnings as well as increased investor appetite for riskier assets amid signs of economic revival. The Dow Jones rose 0.68%, the S&P 500 added 1.01%. The tech-savvy NASDAQ Composite ended 1.04% higher.