Australian shares ended lower on Tuesday, amid a sharp sell-off in the final hour of the day’s trade after the Reserve Bank of Australia (RBA) announced the plan to tweak its quantitative easing to weekly AU$4-billion bond purchases until November. The central bank, however, kept the official cash rate steady at 0.1% and retained the bond yield target of 10 basis points.

The lingering concerns over rising COVID-19 cases also weighed on the market. In the past 24 hours, NSW reported 18 new locally transmitted COVID-19 cases, while two new cases were recorded in Western Australia.

The market breadth, indicating the market's overall strength, was weak with nine of the 11 sectoral indices ending in red. The telecommunications services sector was the top laggard with a 1.35% loss. Among others, health care, information technology, consumer discretionary, industrials and consumer staples were notable losers.

Meanwhile, the energy sector was the best performer on the ASX with a 1.53% gain. The Aussie energy stocks gained momentum, tracking crude oil prices after OPEC nations called off talks at output levels, which meant that no deal to boost production had been agreed upon.

The information technology ended in red for the third consecutive session. In the tech space, buy-now-pay-later giant Afterpay (ASX:APT) and network operator Megaport (ASX:MP1) were among top losers. 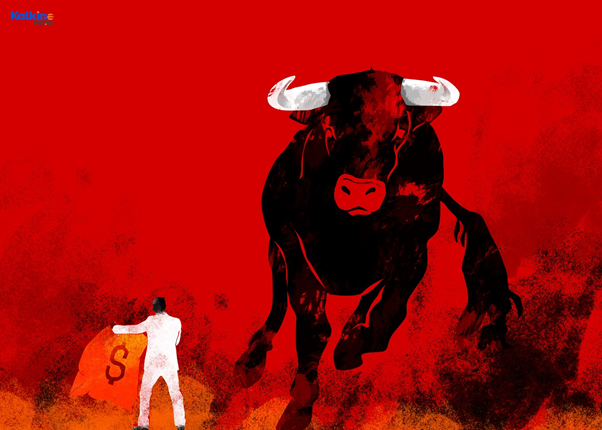 Shares of mineral processing services provider Calix Limited (ASX:CXL) jumped as much as 11.6% to AU$3.09, hitting a record high. Calix and Tarmac, a UK-based sustainable building materials and construction solutions business, have executed a pact to develop a calciner for lime production with carbon dioxide capture.

Shares of Westpac Banking Corporation were trading marginally higher after the lender sold its New Zealand life insurance business for AU$373 million (or NZ$400 million) to Fidelity Life Assurance Company, a locally owned life insurer. The bank has also signed a 15-year agreement to distribute life insurance products to Westpac’s New Zealand customers. The deal is expected to be completed by the end of 2021, subject to requisite approvals.

The share price of Sydney Airport (ASX:SYD) retreated over 1% to AU$7.7 after surging over 30% in previous session amid news that the company had received AU$22-billion takeover bid from an infrastructure consortium. The Sydney Kingsford Smith Airport operators said it had received an AU$8.25 per share takeover bid from a consortium of infrastructure investors, including IFM Investors and Q Super.

Shares of Abacus Property (ASX: ABP) were down 0.6%, paring early losses, after the real estate investment trust said it had purchased five assets worth AU$160-million from Storage King, a self-storage group.

Asian markets were trading mostly higher on Tuesday, barring China and Hong Kong, driven by a robust US job data, which shrugged off rate-hike concerns.

Meanwhile, global stock markets closed higher on Monday, with European stocks ending on a positive note after data showed that eurozone business activity had surged in June. Trading volumes, however, were subdued, as markets in the US remained closed for an extended weekend on the eve of Independence Day.