Australian shares closed higher on Monday, snapping five-session losing streak, led by buying across tech, realty and consumer discretionary space. The market sentiment was lifted by firm cues from Wall Street which rose sharply on Friday amid waning fear of rollback of monetary stimulus by the US Federal Reserve. Meanwhile, coronavirus concerns showed no sign of abating as 818 new COVID-19 infections were recorded in New South Wales (NSW) on Monday. 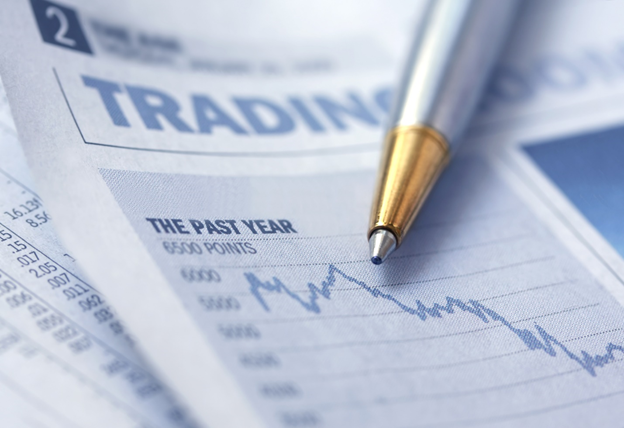 The equity market witnessed a surge in buying activity as eight of the 11 sectoral indices ended higher. The information technology sector emerged as the top performer with 1.7% gain, tracking gains in US counterpart, the NASDAQ Composite. It was followed by A-REIT, consumer discretionary, material, financial, utility and health care stocks, which settled with modest gain.

Starpharma (ASX:SPL) shares rose 6.5% to AU$1.30 following an ASX update. The Company has published new data that demonstrated the protective efficacy of VIRALEZE antiviral nasal spray against the SARS-CoV-2 challenge in vivo in a humanised mouse model of coronavirus infection.

The share price of ASX-listed resources firm TerraCom (ASX:TER) dropped over 3%. The company announced that the life of the Blair Athol Mine (BA) has been extended to approximately 10 years. The Company holds a considerable portfolio of operating assets in Australia and South Africa. The extension of the Blair Athol Mine (BA) lifeline will provide 14 years of operation under TerraCom.

Shares of mining equipment design and manufacturer Austin Engineering (ASX:ANG) rose over 5% to 23 Australian cents on completing global debt refinance. The company has inked a new global financing arrangement with HSBC Bank Australia, which helped the company replace a working capital facility with Export Finance Australia and local Chilean debt facilities. The new facilities have improved both the size and the growing debt capacity from AU$25 million to AU$35 million.

Telecommunications service provider Chorus (ASX: CNU) fell as its earnings failed to impress investors. The company’s net profit after tax dropped to NZ$47 million during the 2021 financial year, from NZ$52 million in the last fiscal, despite a rise in active fibre connections during the year.

Asian markets were trading higher on Monday, snapping last week’s sharp fall, ahead of a key update on the US monetary policy. Federal Reserve Chair Jerome Powell will deliver a speech at Jackson Hole this week, which is expected to bring more clarity on the reduction of monetary stimulus. The US Fed official in its last meeting proposed to start slowing asset purchases this year.

Moving on from Asia to the US now, Wall Street ended higher over the weekend on waning concerns over the US Federal Reserve’s tapering plans amid resurgence of the Delta variant. The rise in coronavirus Delta cases appears to have dampened the near-term economic outlook, delaying Federal Reserve’s plans to start shifting monetary policy back to normal. The Dow Jones ended 0.65% higher on Friday, while the S&P 500 rose 0.8%. The tech-savvy NASDAQ Composite rallied 1.2%.

The cryptocurrency market was trading higher during Asian trading hours on Monday, with major coin Bitcoin surging over US$50K levels. The other tokens such as Ether and Cardano also rose amid optimism about growing demand from institutional investors.

Adding to it, investors were also buoyed by American payment solution company PayPal’s decision to extend its crypto service to the UK. The company has decided to roll out its crypto offering outside the US, allowing its users to buy, sell and hold four different cryptocurrencies on its platform. The company’s UK customers will be able to transact in Bitcoin, Ether, Litecoin and Bitcoin Cash. The process will begin this week and should be available to all eligible customers within the next few weeks.

Cheering the news, the price of Bitcoin, the world's largest cryptocurrency by market capitalisation, rose 2.5% to trade around US$50,300.

Ether, the world’s second-largest crypto, also rose 3% to around US$3,400 mark amid a surge in volume trade.

The price of Cardano, the third-largest virtual currency in the world, jumped over 10% to US$2.78. Among others, Dogecoin, Stellar, Uniswap and Litecoin also witnessed a surge in buying activity.