The Australian share market was  bleeding in red by afternoon, following a sell-off of US stocks on Friday. The market witnessed broad-based selling amid looming concerns about sooner-than-expected rise in US interest rates. Investors reacted sharply to Federal Reserve official James Bullard’s comment that the US central bank might raise interest rates sooner than previously expected.

In a rare sight, all the 11 sectoral indices were bleeding in red, while financial, utilities, and energy stocks losing the most. The financial sector was the worst performer with over 3% loss, followed by utilities which, dropped nearly 2%. While energy, consumer discretionary, industrials, materials fell over 1%, telecommunications services, A-REIT, consumer staples and information technology sectors slipped over 0.5%. 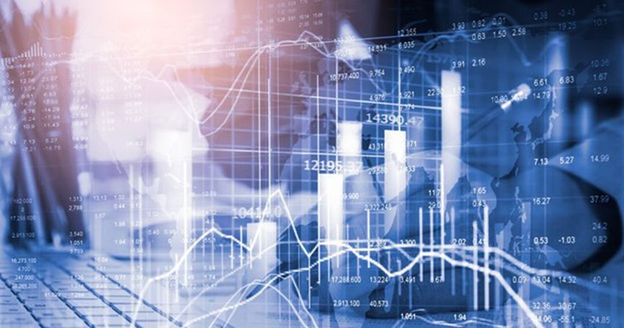 Shares of Commonwealth Bank of Australia (ASX:CBA) dropped over 4% to AU$99.32 after the lender announced sale of its general insurance business. CBA, one of the four premier banks of the country, has signed a deal to sell its Australian general insurance unit, CommInsure General Insurance, to the South African insurer, Hollard Group. The deal includes an exclusive 15-year strategic alliance with Hollard for the distribution of home and motor vehicle insurance products to CBA’s retail customers in Australia.

The share price of Bank of Queensland Limited (ASX:BOQ) fell nearly 3% to AU$8.97 after the lender gets Treasurer nod for the acquisition of Members Equity Bank Limited (ME Bank). On 22 February 2021, BOQ announced it had entered into an agreement to acquire 100% of the issued share capital in ME Bank for the cash consideration of AU$1.32 billion payable at completion. The acquisition, which was pending for the approval from the Treasurer, is expected to take place on 1 July 2021. As per the ASX announcement, the shareholdings is expected to be gazetted and take effect in the coming days.

Shares of drug developer Starpharma Holdings Limited (ASX:SPL) declined as much as 10% to touch AU$1.53 after the company halted sales of its nasal antiviral spray in the UK. The Company stated it had received a correspondence from the UK Medicines and Healthcare products Regulatory Agency (MHRA) regarding specific promotional claims made for the Company’s VIRALEZE anti-viral nasal spray. The Company stated the correspondence relates to the interrelationship between its product claims and references to SARS-CoV-2 and COVID-19, and its categorisation as well.

Natural gas and helium producer Renergen Limited (ASX:RLT) has announced the discovery of helium at its Evander Exploration Rights prospect, with a concentration of 1.1% helium identified in the gas. As per the release, Evander spans approximately 52,000 hectares, with many abandoned holes drilled for coal and gold exploration. Evander is located around 120km from South Africa’s main industrial hub Johannesburg and close to the main gas pipeline. Following the announcement, shares of Renergen rose over 1% to AU$1.980 per share.

Smart home solutions Company, HSC Technology Group Ltd (ASX:HSC), shared on Monday that its platinum partner Johnson Controls’ ADT Security Pacific has ordered 3,350 units to be delivered over the next 12 months. As per the announcement, the revenue generated from these orders is likely to total around AU$1.1 million.

Immutep Limited (ASX:IMM) shares declines 13% to 53.5 Australian cents after the company announced that it had secured commitments for AU$60 million via a two-tranche institutional placement, which was supported by multiple institutional investors in Australia and offshore. The company will also offer a share purchase plan (SPP) for eligible shareholders to raise around AU$5 million.

MetalsTech Limited (ASX:MTC) rises as much as 21.3% to 28.5 Australian cents, hitting its highest in nearly three weeks. The gold explorer said a 1.54-million-ounce gold mineral resource is estimated at its Sturec project in Slovakia. The company stated that was a 44% increase on the previous mineral resource estimate for the project and it was then investigating potential for a high-grade bulk underground mining operation there.

Japan's Nikkei was the worst performer in the region, nosediving over 3%. Seoul's KOSPI fell over 1% and the Straits Times index in Singapore traded lower by 0.9%.

On Friday, Wall Street ended lower persistent concerns over the US Federal Reserve’s hawkish stance. The Dow Jones dropped 1.58%, marking the worst week for the blue-chip index since January 2021. The S&P 500 fell 1.31% and the NASDAQ Composite shed 0.92%. The Fed expects the first post-coronavirus rate hike to happen in 2023.

88 Energy (ASX:88E) bolsters Board and Management with key appointments