At the time of lunch, ASX 200 was trading higher by 28.90 points or 0.39% to 7,408.2. The index opened higher after the US Federal Reserve affirmed the economic recovery was on track despite a surge in coronavirus infections.

The market witnessed broad-based buying, with eight of the eleven sectors trading in green. Information technology was the best performer with 2.4% gain, followed by materials which rallied 1.5%.

Among others, health care, consumer staples, energy and utilities were also trading higher.

Bucking the trend, A-REIT was the worst performer with over 0.9% loss. Some of the other sectors that witnessed selling includes financial and industrials.

On the COVID front, the state of New South Wales witnessed sharp rise in locally acquired COVID-19 cases overnight. The case tally in the past 24 hours surged to 239 as compared to 177 infections reported on Wednesday. Given the rising trend, the state has tightened restrictions in eight local government areas in Sydney. The NSW Police has also been given the power to close businesses that flout public health orders.

On the flip side, property firm Ingenia Communities (ASX:INA) was top loser on the ASX, falling 2.4%. 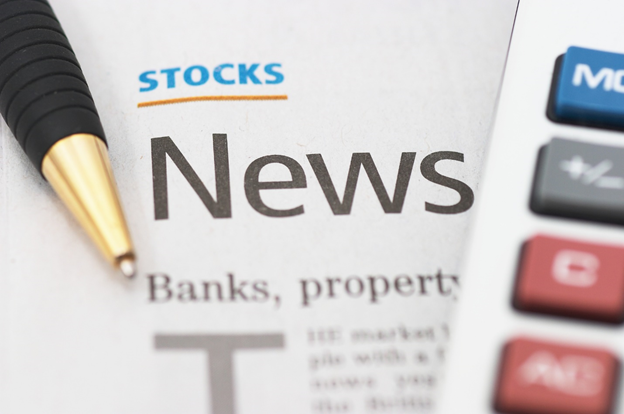 Shares of metals and mining giant Rio Tinto (ASX: RIO) climbed 3.5% to AU$136.70 after the company reported strong earnings and announced to pay AU$9.1 billion in dividends. The global miner posted its highest-ever interim profit for the half year ended June 30, 2021, driven by surge in iron ore prices on strong demand from China. Rio, the world's top producer of iron ore, reported first-half underlying earnings more than doubled to AU$12.2 billion, compared to same period last year as prices of iron ore and copper soared. Consolidated sales revenue jumped 71% year-on-year to AU$33.1 billion. The company declared a total dividend of AU$5.61 per share, which is more than triple from last year's total payout of AU$1.55 for the first half.

Shares of iron ore miner Fortescue Metals Group (ASX: FMG) were trading 2.75% higher at AU$26.52 on strong June quarter production numbers. The company has registered record quarterly shipments of 49.3 million tonnes and 182.2 million tonnes for FY21, the highest ever annual shipments. The Company recorded average revenue of US$168 per dry metric tonne (dmt) for the quarter. The strong operating performance, combined with record average revenue resulted in solid free cashflow generation in the June quarter. The net cash stood at US$2.7 billion in June quarter, compared to net debt of US$1 billion at the end of March quarter.

Shares of Australian Pharmaceutical Industries (ASX:API) rose 0.7% AU$1.42 after it rejected a takeover bid from Wesfarmers calling it “opportunistic”. Reacting to the news, Wesfarmers (ASX: WES) dropped 0.15% to AU$61.46. Australian conglomerate Wesfarmers had proposed to acquire 100% stake in API for cash consideration of AU$1.38 per share. The board of API believes that the proposal undervalues the company and is not in the best interests of its shareholders. The board notes that the proposal implies a premium of 18.7% to the 3-month Volume Weighted Average Price (VWAP) which is significantly below the Australian market average for transactions of this nature.

Lithium mining company Pilbara Minerals (ASX: PLS) has requested a voluntary trading suspension from the ASX, pending the outcome of a court application in Western Australia. The company’s shares have entered trading halt since 27 July 2021 after it made an administrative error related to cleansing notice.

Shares of real estate player Unibail-Rodamco-Westfield (ASX: URW) were down 0.3% to AU$5.8 after the company reported earnings for the first half of the year. URW reported 26.2% decline in net rental income to 785 million euros as the group’s centres closed for 68 days on average in wake of COVID-19 pandemic. The company’s CEO Jean-Marie Tritant said that the positive indicators and continued progress of the vaccination rollout gives the company reasons to be cautiously optimistic, but the pandemic situation and potential government responses remain a source of uncertainty in terms of outlook.

Copper and gold producer Sandfire Resources (ASX: SFR) dropped 1.4% to AU$6.9 despite topping guidance. The copper production of 70,845 tonnes topped guidance, while gold production of 39,459 ounces was at the upper end of guidance.

Property group Arena REIT’s (ASX: ARF) shares slipped over 1% to AU$3.58 on lease renegotiation with Goodstart. The company has agreed to the terms for the renegotiation of leases on a portfolio of 87 properties across Australia with its largest tenant partner Goodstart Early Learning. One of the key terms of renegotiation includes installation of solar renewable energy systems across all Arena owned Goodstart properties.

Shares of software firm Iress (ASX: IRE) rallied nearly 13% after rejecting a takeover bid from EQT Fund Management. The company’s board declined the offer, saying that it did not represent compelling value for its shareholders. On July 4, EQT had proposed to acquire all of Iress’ shares at a price range of A$15.30 and A$15.50 cash per share. In a separate development, the software provider announced an on-market share buy-back of up to AU$100 million of ordinary fully paid shares. The buy back is likely to begin post-release of IRE’s audited half-year results, scheduled for 19 August 2021.