ASX 200 is witnessing tepid action for past few days. The benchmark index is witnessing less volatility as it is trading in a tight range of 100 points from 6,900 to 6,800.  The current indecisive move in the index could be attributed to the ongoing weeklong holidays season in China, a major trade partner of Australia.

However, while the Chinese market is closed for the holidays, the ASX is closing tracking the global markets.

At present, the benchmark index is trading close to the short-term resistance level of 6,900, which the index previously breached but could not sustain. 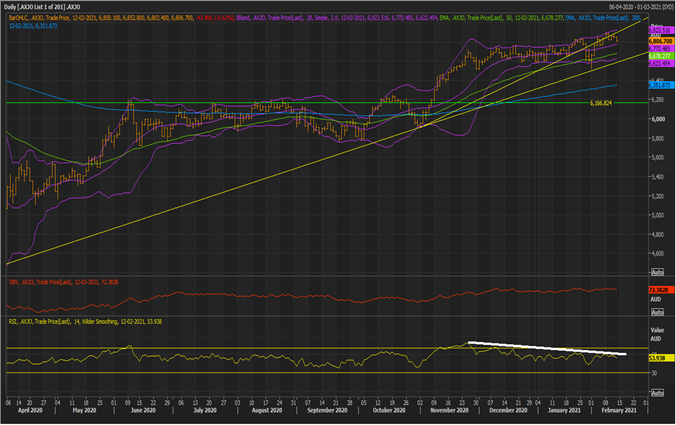 On following the daily chart, it could be seen that ASX 200 has been trading in an uptrend with prices trailing above the 200- and 50-days exponential moving averages. The index is closing trading near the +2 Standard Deviation of the 20-day simple Bollinger Band®, which is overlapping with the short-term upward sloping resistance line; thus, could be decisive. 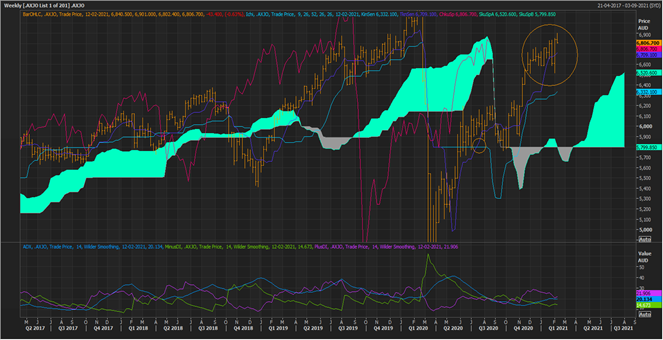 On following the weekly chart, it could be seen that the index is trading above Span A of the Ichimoku Cloud with a positive crossover between the conversion line and the base line, suggesting that the major trend is an uptrend.