Australia and New Zealand Banking Group Limited (ASX: ANZ) reported a statutory profit after tax of $3.58 billion in FY20, down by 40% compared to the previous year. Cash profit for the year was $3.76 billion. It has now declared total dividends of 60 cents per share for the year FY20.

The 40% fall in profits was primarily driven by rising total provision charge, which increased to $2.74 billion compared to just $795 million in FY19. 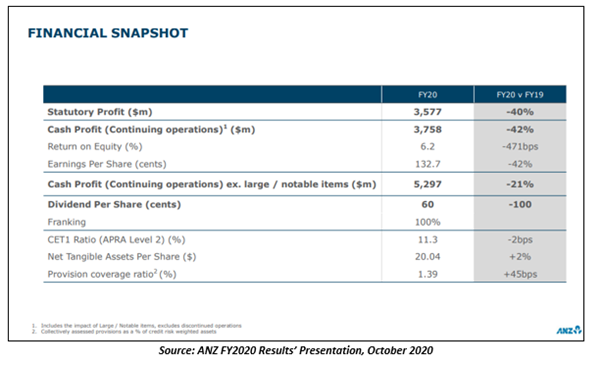 ANZ Chief Executive Shayne Elliott stated that 2020 is a challenging year, and the bank has a strong balance sheet, record levels of capital, and provisions for expected future loan losses.

He stated that the bank recorded above system growth in the owner-occupied segment of home loans in Australia. ANZ also moved to online banking services as the pandemic accelerated take-up of digital services.

ANZ declared a final dividend of 35 cents per share (fully franked), which would be paid to shareholders on 16 December 2020. After deferring its interim dividend at the half-year result, the bank resolved to pay a 25 cents per share dividend in August.

As a result, the bank has now declared 60 cents per share for FY20, well below total dividends of 160 cents in the previous year. It is mainly due to prudent capital management and adherence to guidelines on dividends. 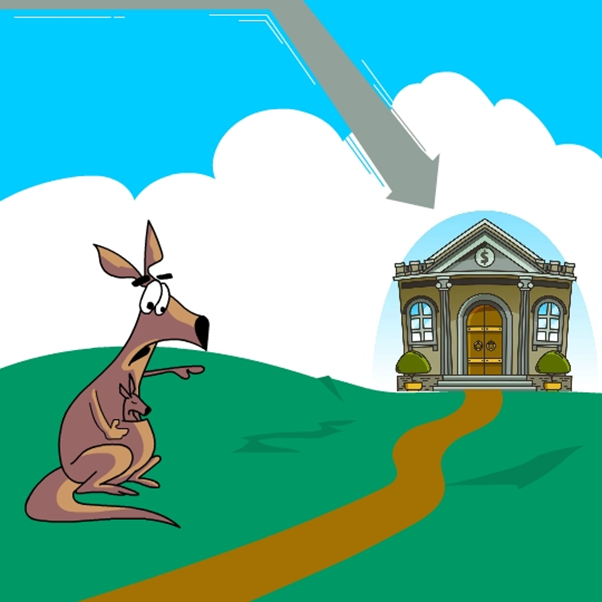 In Australia, the bank has over 1 million home loan accounts and around 95k took deferrals. As of mid-October, ~55k accounts completed deferrals, of which 79% are returning to full payment, 20% are going with further deferral, and 1% have applied for loan restructuring.

Half of the customer accounts left with active deferrals have money for at least three months payment, and a quarter of those have made at least one payment while being on deferral.

In Australia Commercial portfolio, close to 10% or 23k of its customer accounts took up deferral on business loan repayments. Around 15k accounts have completed their deferral or given their advice to the bank, of which approximately 1,600 accounts received a four-month extension.

In New Zealand, the bank has over 529k home loan accounts and around 24k accounts were on deferrals. As of mid-October, only 10k accounts are on a deferral, representing 2% of the total New Zealand mortgage book.