Gold prices had begun to rise at the start of 2019, but the rally bolstered in 2020 during the pandemic. Gold started its rally at the beginning of 2020 as the COVID-19 pandemic unfolded, pushing a lot of investors towards the safe-haven asset as they recalibrated their outlook and switched to risk off mode.

The prices surged over ~US$2,060 per ounce during August 2020 and then as the vaccine news rolled out the prices cooled down to ~US$1,850 levels at the end of the year.

However, the prices slipped to ~US$1,759 per ounce on 19 February 2021 because of investors' shift into US Treasury Yields and strengthening of the US dollar on the back of vaccine rollout.

The surge in the underlying commodity had a direct impact on players operating in the gold sector. Let us look at six ASX listed penny stocks from gold mining space that doubled investors' wealth in a year.

De Grey Mining Limited (ASX:DEG) is a West Australian gold miner. The company owns the Mallina Gold Project in the Pilbara region of WA, covering around 1,200 square km. Additionally, it made a significant gold discovery at Hemi in 2019. On 4 February 2021, the company also reported that it had identified widespread gold mineralisation in aircore drilling at Hemi. Recently, the company notified that, further geophysical surveys at Mallina project site confirmed high gold recoveries.

Auteco Minerals Ltd (ASX:AUT) is a junior mineral exploration company having high-grade gold assets at the Pickle Crow Gold Project in Ontario, Canada. The project holds a JORC of 1 Moz at 11.3 g/t gold. The company also reported on 28 January 2021 that it has secured a new landholding in the Pickle Crow project. 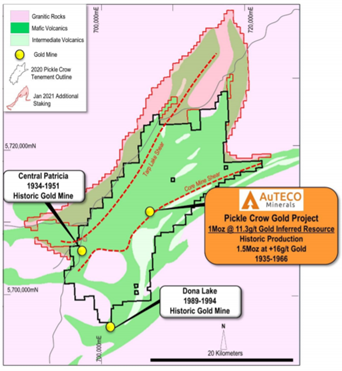 West Wits Mining Limited (ASX:WWI) is an experienced gold mining company with its flagship project, the Witwatersrand Basin Project, situated in South African Central Rand Goldfield. The project contains a JORC of 4.37Moz Au @ 3.88g/t. The company also owns the Mt Cecelia Project located in East Pilbara and Paterson Province of WA, which recently completed a Helicopter Electromagnetic (HEM) survey in 2020. As per company’s update on 19 February 2021, it is seeking a resolution on the appeals against the Environmental Approval grant for the Witwatersrand Basin Project. 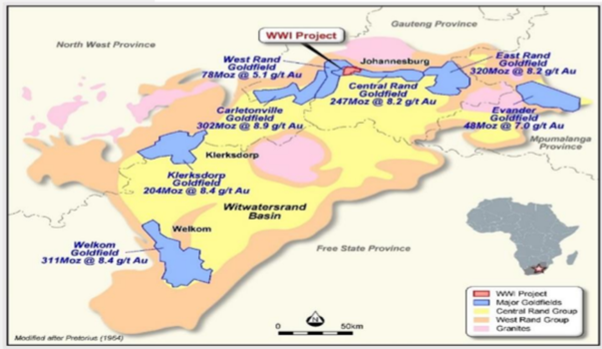 Artemis Resources Limited (ASX:ARV) is a Perth based exploration company. The portfolio includes the Paterson Central exploration and the Greater Carlow Gold project. The company completed 42-hole drilling in Carlow Castle project and assessment results and first drilling campaign at Paterson Central Project. On 4 February 2021 ARV announced that its Carlow Castle project got a significant amount of copper and cobalt in 42-hole drilling campaign. As per recent update of 8 February 2021, the company received favourable results from the 71 core grab samples at the Nimitz Prospect. 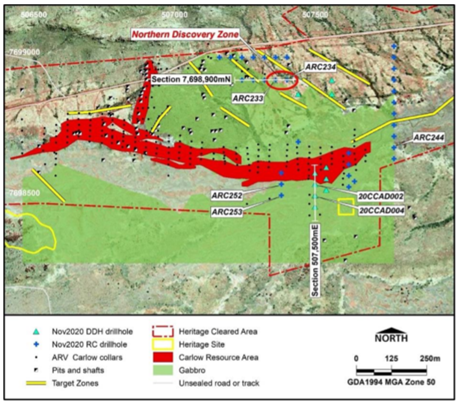 SI6 Metals Limited (ASX:SI6) is an Australian based mining company with operations in Southern Africa. The organisation acquired Monument Gold Project in Western Australia and delivered more than 30Moz of gold. The company identified additional drilling targets at the project site and has prepared for a 4,375m RC drilling program at Korong and Waihi undertakings of the Monument project. As per company's update on 8 February, it has successfully completed 13 planned holes at Waihi prospect, and a hole at Maibele project site encountered ultramafic rock types. 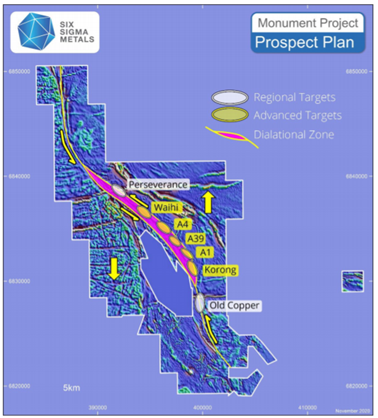 Andromeda Metals Limited (ASX:ADN) is an Australian-based mining company with a 5,374 square km portfolio and 19 exploration licenses in WA. The company holds three gold projects. The Drummond Gold Project is located in the Drummond Basin in Queensland, with high-grade epithermal gold deposits. The second one is the Pilbara gold project comprised of three tenements with prospective gold mineralisation. The last one is, Eyre Peninsula Gold Project sits on the Eyre Peninsula of South Australia with six tenements. On 8 December 2020, the company reported that it had received significant results from Wudinna Gold camp of Eyre Peninsula Gold Project. 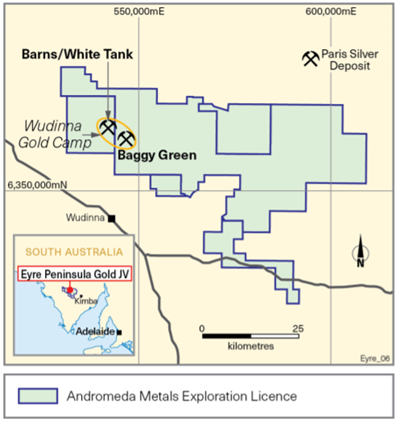