Dividends often leave shareholders with a sense of security about the investment they have made. The passive income from dividends can make investments worthwhile even when share price activity may not be as exciting. 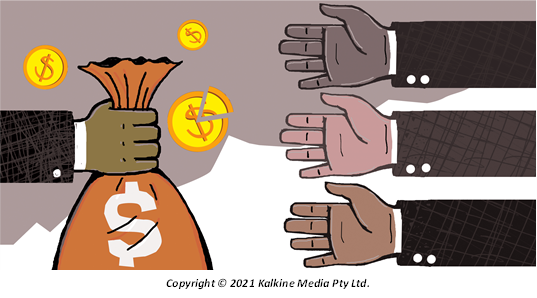 The previous year had been significant for dividend stocks, which could continue in the future. These stocks had managed to bring in some profits to investors when most stocks experienced a lull. Here are five dividend stocks that investors are eyeing for May:

A top contender since the beginning of the year, Fortescue continues to remain strong even as we enter the 5th month of 2021. The company has remained resilient in the past few months and has benefitted from record high iron ore prices in the recent periods.

Apart from the lucrative fully franked interim dividend of AUD 1.47 per share announced by the company in February, FMG’s share prices have grown by almost 13% over the last month. The underlying strength is visible in the company’s financial results.

Fortescue’s revenue for 1HFY21 was up 44% over the previous corresponding period at USD 9.3 billion. The underlying EBITDA of USD 6.6 billion for the half-year period was 57% higher than that during the previous period. Additionally, EBITDA margin increased to 71%. The interim dividend of AUD 1.47 per share announced in the half-year results was 93% higher than the FY20 interim dividend.

One of the top iron ore miners in the country, FMG is also conscious about engaging in renewable technology and building projects in green hydrogen. In a recent announcement, Fortescue declared its target to go carbon neutral by 2030.

Another company constantly on the top of the dividend ladder is AGL Energy. The company is Australia’s premier energy retailer with upcoming plans to split into two segregate businesses, “New AGL” and PrimeCo”. The intent behind this move is the promotion of low carbon production through AGL New and the biggest electricity generation through PrimeCo. 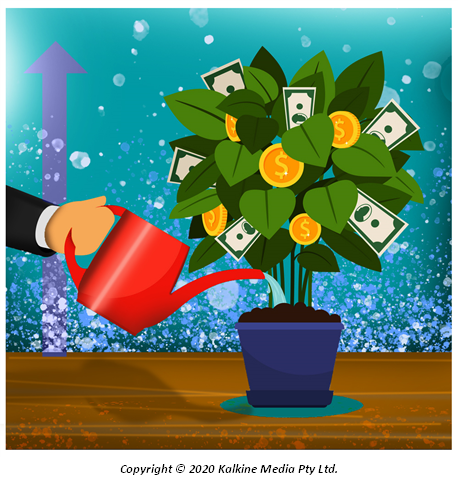 The company has pioneered as a top energy provider with strong half-year results in the backdrop. Underlying profit after tax during 1H21 was reported to be AUD 317 million, with net cash from operating activities standing at AUD 614 million.

RELATED READ: How AGL’s (ASX:AGL) splitting into two would help its transition to low carbon future

The multinational retailer of household furniture and consumer electricals has been making ripples in the stock market over the past few months. The range of products offered by Harvey Norman set it apart from its competitors, with JB Hi-Fi (ASX:JBH) topping the list.

The company has been a gainer not just in its dividends but also in its stock market performance. However, with a share price growth of nearly 100% in the previous one year, the company’s currently in the middle of a slowdown with prices falling 8% over the past one month.

The retailer’s 1H21 financial results complement its stock market growth during the time. The company’s profit after tax shot up 116.3% from AUD 213.6 million in 1H20 to AUD 462 million in 1H21. The EBITDA also increased by 76% over the previous corresponding period to a value of AUD 779.8 million.

The firm’s resilient performance in the previous year pointed towards continued engagement of the customers even in the pandemic. Additionally, Harvey Norman announced a fully franked interim dividend of 20 cents per share to be paid on 3rd May 2021.

Aurizon has been a solid name among top dividend players and has offered profitable returns to its investors. Among its competitors, Aurizon offers shares at a rate lower than others which are deemed by investors as a fair price.

Aurizon’s total revenue during 1HFY21 was AUD 30.4 million, a drop of 2% over the revenue of the previous corresponding period. The company stated that the drop came about because of reduced volumes in coal and network as well as due to the impact of the sale of the Rail Grinding Business in October 2019.

Operating costs also fell by 5%, down to AUD 37.5 million during the half-year period. This was primarily due to the reduction in external construction and electricity costs. Despite these results, Aurizon did not hold back on its interim dividend and announced a rollout of 14.4 cents per share, 70% franked.

ALSO READ: The Stocks in Action || What sort of coal volume did Aurizon forecast in FY2021?

Telstra has been making al the news due to its ever-increasing share price and its strongly maintained dividend price of 16 cents per share. The telecom player has been investing in the 5G technology and has plans to become a forerunner in the same. The company’s current investment in the 5G sphere stands at AUD 277 million. 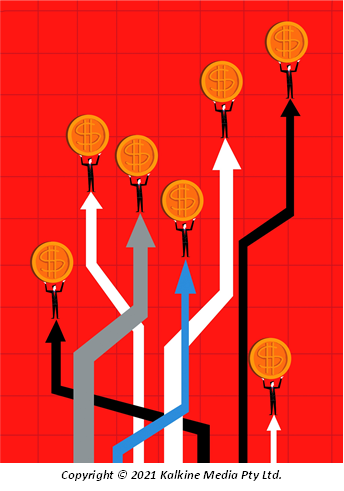 However, alongside increased competition in the telecom sector, Telstra seems to have been impacted by its rivals. The company’s total income fell by 10.4% down to AUD 12 billion, and Net Profit after taxes also decreased 2.2% to AUD 1.1 billion.

DO NOT MISS: Top 25 ASX Stocks By Dividend Yield