The commodity market is witnessing a rally, indicating a turnaround from the last year's lows to multi-year highs in 2021.

The Bloomberg commodity spot index is currently at its nine-year high level, with the spot index hitting US$470.61 on 5 May 2021. The commodity spot index, which tracks price movements of 23 major commodities, was hit hard last year during the onset of the pandemic. The index tumbled to US$269.0 in April 2020 due to impacts of COVID-19-induced restrictions. 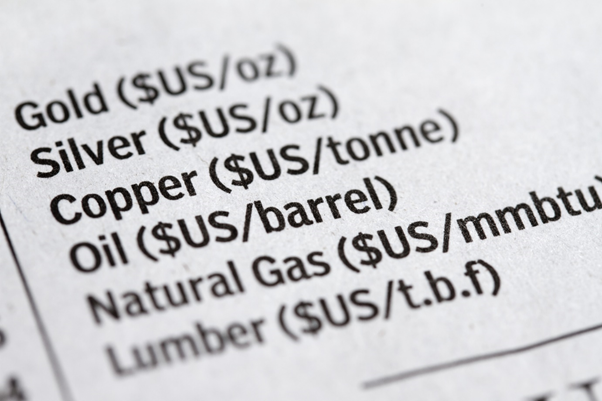 However, the scenario has changed now; the index has witnessed a jump of nearly 74% from the last year’s lows.

This excellent performance can be attributed to a recent rally in the commodity market. The heaviest driver of the index, crude oil, has jumped more than 30% in the past year. Gold is trading at US$1,782 per ounce as of 5 May 2021. Base metals, including iron ore and copper, are playing near multi-year highs, while battery metal nickel is trading at a seven-year high.

The rally in the overall commodity market is being steered by robust vaccination programs, better-than-expected economic recovery results and a surge in industrial demand after the ease in global lockdowns.

Interesting Read: Why Commodities Index Hit at A Nine-Year High

Given that backdrop, let us look at 10 hot stocks from various commodity markets.

Endeavour Silver Corp. (NYSE: EXK) is a mid-tier precious metal miner, which holds three silver-gold mines in Mexico. The company is currently focused on advancing the Terronera Mine project and exploring more opportunities across Chile and Mexico. The miner recently encountered high-grade silver-gold mineralisation at the Guanacevi Mine in Mexico.

Platinum Group Metals Ltd. (NYSE: PLG) is a South Africa-focused platinum, palladium, gold and rhodium miner. The company is also a majority owner of the Waterberg Project. In mid-April 2021, the company finalised a notarial execution of the Waterberg Mining Right with its JV partners.

Brazil-based multi-metal mining company Vale (NYSE: VALE) is the second largest producer of iron ore in the world. The company reported an 81% y-o-y surge in its revenue in the March quarter. The company's net operating revenues from Ferrous Minerals climbed 98% y-o-y to US$10.5 billion during the same period.

Fortescue Metals Group (ASX:FMG) is an Australia-based iron ore miner with world-class assets in the Pilbara region. The company reported 42.3 million tonnes of iron ore shipment in the March quarter with 2% higher shipments for YTD than FY20.

Matador Resources Company (NYSE: MTDR) is an independent upstream company which is engaged in the exploration, development and production activities at its oil field assets in the United States. The company also deals in the exploration of unconventional resources like shale gas. The oil giant has recently reported a quarterly revenue of US$267 million for Q1 FY21. The average production of oil was 41,537 bbbl/d during the quarter.

Callon Petroleum Company (NYSE: CPE) is a West and South Texas focused independent, unconventional resource exploration company in the Permian Basin. CPE has a robust holding in the Delaware and Midland sub-basins. The company has made earnings of US$1.0 per share in the last quarter.

Santos Limited (ASX:STO) is an Australia-focused leading natural gas company which supplies clean energy to Australian consumers. As per a recent update, the company has signed a deal with Eni to collaborate in Timor-Leste and northern Australia for LNG expansion developments.

Vulcan Energy Resources (ASX: VUL) is an Australia-based company, aiming to establish itself as the world's first zero-carbon lithium producer. The company is advancing its Germany based direct lithium extraction project with the goal of producing lithium carbonate from the geothermal brine lithium resources amid surging demand for electric vehicles.

Galaxy Resources (ASX:GXY) is an Australia and Canada focused lithium miner with flagship Mt Cattlin spodumene-tantalite mine in Western Australia. The company recently announced its merger with Orocobre (ASX:ORE) to create a mega Lithium giant, featuring on the list of world’s top five lithium chemicals companies.