On Thursday afternoon the Australian shares were trading lower, in line with Wall Street which closed lower in overnight trade. The market extended losses for the second straight session, led by losses in bank, health care and energy stocks. Concerns over sooner-than-expected hike in interest rates continued to dent market sentiment. Australia’s largest bank, Commonwealth Bank of Australia (ASX:CBA), on Wednesday said that interest rates could rise before the end of next year. Two of the big four banks, ANZ and Westpac, have already forecasted that the Reserve Bank would be forced to hikes rates sooner-than-expected.

On the sectoral front, eight out of eleven sectoral indices were trading in red. The health care and utilities are worst performers, falling over 1%, each. Financials, energy, industrials, A-REIT were also reeling under selling pressure.

Tracking overnight gains in its US. The ASX IT sector bucked the trend with 2.2% gains, Consumer staples and materials sector also traded higher with decent gains. 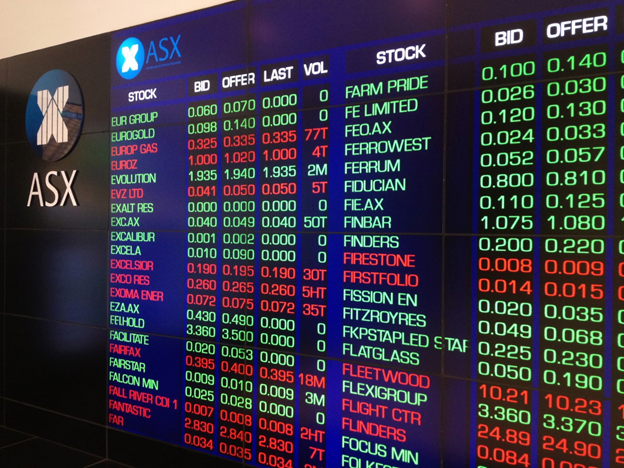 Read: How can one buy oil shares in Australia? 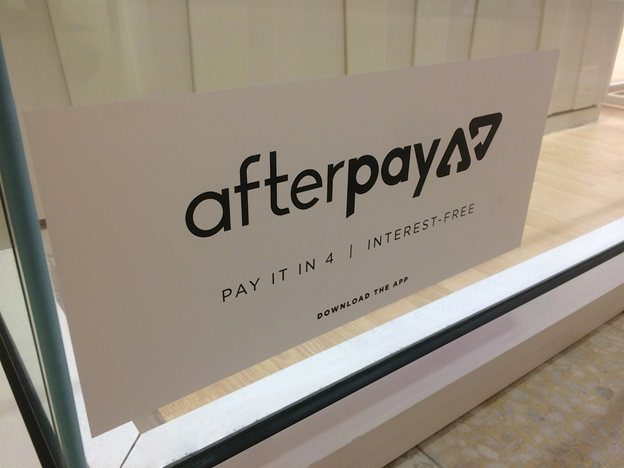 Australian fintech major Afterpay (ASX:APT) shares jumped 6.8% to AU$131 after the company announced that it expanded its buy-now-pay-later (BNPL) payments services to some of the largest online brands in the United States. Consumers can now use Afterpay’s BNPL service at 13 leading US merchants, including Amazon, CVS, Dell, Kroger, Macy’s, Nike. These brands account to almost half of all the US ecommerce volume. This move will also help fintech major to expand its footprint in the US eCommerce market. The company had recently announced that it is planning for US listing after North America became its biggest market.

Centaurus Metals Limited (ASX:CTM) said in an exchange update that ongoing resource development and extensional drilling at Jaguar Project had delivered more high-grade results. The Jaguar Nickel Sulphide Project is located in northern Brazil, and the current results have set the project on a path to significant resource growth. As per the announcement, multiple thick and consistent high-grade nickel sulphide intersections have been found, highlighting the Jaguar project’s outstanding growth potential. As per CTM, mineralisation is even consistent with the current resource interpretation, showing the robust nature of the existing resource at Jaguar.

Adveritas Limited (ASX:AV1) gained as much as 9.4% to AU$0.105 on securing new contracts in June quarter. The marketing company has signed a number of new contracts with customers during the June quarter, with the combined annualised revenue of these contracts adding over AU$350,000 to the company’s revenue base.

Acrow Formwork and Construction Services Limited (ASX:ACF) gained as much as 7% to AU$0.375 on upbeat guidance for FY21. The formwork and scaffolding firm stated its industrial services division's FY21 revenue is set to grow by 103% versus last year.

The Mid Market Pulse || Will ASX 200 Recoup With The NSW Virus Concerns?

Australian non-bank lender Wisr Limited (ASX:WZR) shares gained 2% to AU$0.255 after the company announced the conclusion of its Share Purchase Plan (SPP) offer. The company received subscriptions over AU$10 million for the SPP.

The share price of Latin Resources Limited (ASX:LRS) rose 4% to AU$0.052 after the mining firm said it recently received results from first pass reconnaissance rock chip sampling from the Peep O’Day Prospect. The results confirms the presence of gold mineralisation in the area.

Althea Group Holdings Limited (ASX:AGH), the world’s leading cannabis-based medicine brands, announced successful first shipment of its medicinal cannabis products to its local partner in South Africa. The legal medicinal cannabis industry in South Africa is estimated to be worth approximately US$667 million by 2023. The market there represents an enormous opportunity for AGH, and initial shipment will provide an early mover advantage.

Mining firm Arafura Resources Limited (ASX:ARU) has announced that it has received firm commitments to raise around AU$40 million under a placement of shares via two tranches, at an offer price of 12 cents per share. The proceeds, as per the announcement, will be used to start FEED (Front End Engineering Design) activities at the Company’s Nolans Project and for general working capital purposes.

Peninsula Energy Limited (ASX:PEN) has successfully raised AU$2 million from its Share Purchase Plan (SPP). The SPP allowed each eligible shareholders to subscribe up to AU$30,000 worth of new ordinary shares, subject to any scale back.

Australian law firm AF Legal Group Ltd (ASX:AFL) shared that it has signed a binding heads of agreement to acquire 100% of the assets of Kordos Lawyers. As per the announcement, for past 16 years, Berger Kordos has been a leading Melbourne Family Law Firm when they demerged from a National firm. 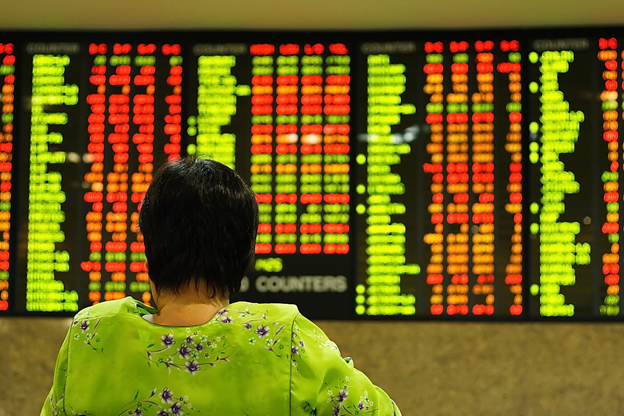 Data firm IHS Markit showed that US factory output climbed to a record high in June, but manufacturers continued to face issue in securing raw materials and qualified workers which substantially raised prices for both businesses and consumers. June Manufacturing PMI surged 62.6 from 62.1 in May, while Services PMI dropped to 64.8 from a historic high of 70.4 in May. A figure above 50 indicates expansion, while below 50 one signals contraction.