Looking back on Gold explorer, Ora Banda Mining’s performance in 2019

Perth, Australia-based gold exploration and development company, Ora Banda Mining Limited (ASX:OBM) has had a successful calendar year 2019 in line with its plans. The company emerged in a significantly stronger position after its $30 million recapitalisation process was completed in June 2019, in addition to a large marketing campaign across the Australia, Hong Kong, United Kingdom, the United States, Switzerland and Canada.

This marked a new dawn for Ora Banda as it launched an extensive drilling and exploration program at its expansive land tenure encompassing six projects (100% owned) covering 112 tenements spanning ~1,336 km2 across a 200 km strike on the greenstone belt of Western Australia. 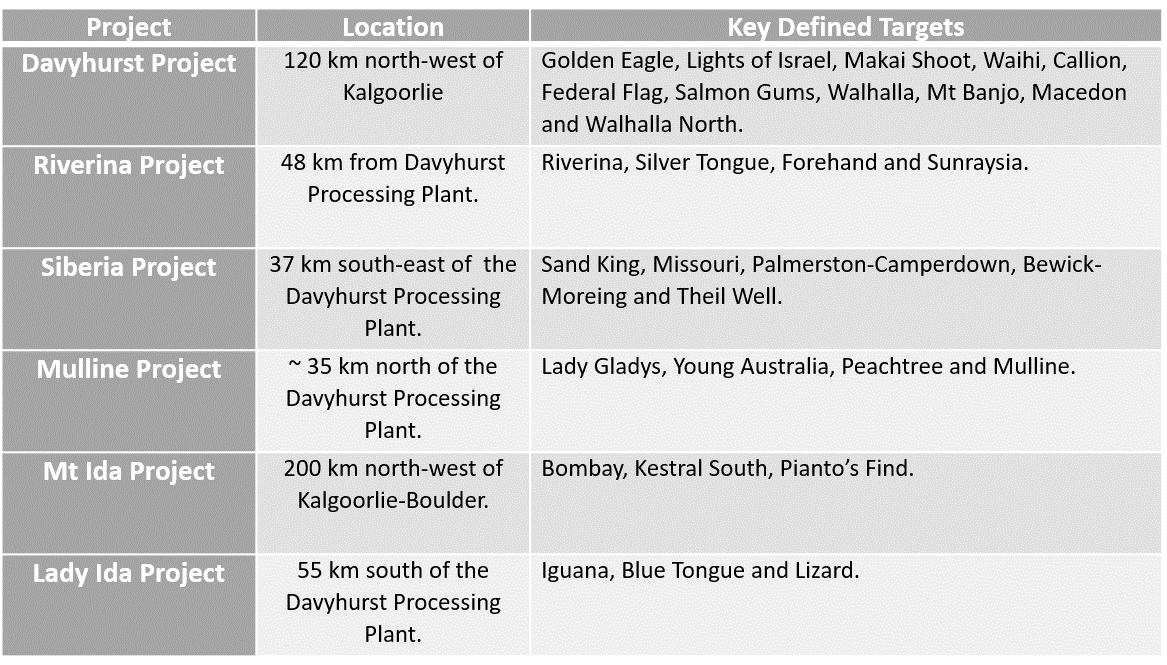 The company’s initial focus has been on five well analysed and advance deposits being Waihi, Riverina, Callion, Siberia and Golden Eagle, in different project areas.

The company also owns a gold processing facility (Davyhurst Processing Plant @1.2Mtpa), for which the recommissioning costs is as low as $ 8.5 million (EPCM basis) and the work is expected to take less than 6 months. Apart from that, there is also other conducive infrastructure present in the vicinity such as large bore field extensive road network, power line into the sites, 160-man camp, workshops, airstrip and admin buildings, to facilitate commencement of production in the near-term.

Ora Banda Mining’s current activities include infill and extensional drilling of the high priority deposits that present a great near-term production opportunity as well as a regional exploration program involving examination of other advanced prospects. Thereafter, the company plans to develop a well-defined 5-year mine plan for both open pit and underground operations.

Of the five priority deposits, drilling results from Riverina, Waihi and Siberia have particularly been fuelling Ora Banda’s momentum forward.

Presently, Metallurgical and Geotechnical studies are being progressed by the company to further build on the current knowledge base for Riverina. A Feasibility Study to assess economic viability for the proposed open pit operation is also underway while Environmental Studies are also being advanced to obtain mandatory approvals to proceed forward.

David Quinlivan, MD at Ora Banda had stated in an announcement that the company was highly pleased with the high-grade drilling results at Waihi and stay keen to pursue some of the significant intersections that remain open for possible mineralised extensions.

For the Callion deposit, which has a history of production results, the company has high hopes for future explorations with a proposed 1,200m of diamond drilling and ~7,800m of reverse circulation drilling being currently budgeted. Another great prospect, Golden Eagle has a present mineral resource of 656Kt @ 2.5g/t for 54koz while there is a planned drilling program for the same that will infill the current resource to upgrade to JORC 2012 standards and an initial reserve estimate will be delivered thereafter.

Ora Banda has envisioned to produce approximately 100,000 oz of gold per annuum from 2021 onward.

2019 has been a rewarding year for gold investors with gold price appreciating over 20% thus brining investors’ attention on companies engaged in the exploration/mining of this safe haven commodity.