By the end of the day’s trade on 29 October 2020, ASX indices ended the session in the red zone. Benchmark index S&P/ASX 200      slipped by 1.608% and settled at 5960. ASX performance was influenced by the weak  Wall Street performance on 28 October 2020 due to the rising concerns related to the COVID-19 cases plus the US government’s inability to reach a deal to pass a new fiscal bill before the election.

Other than this, European countries like Germany and France have also announced the lockdown for a month. A sharp rise in the number of cases is threatening to restrict activities once again.

Amongst the various index listed on ASX, S&P/ASX All Ordinaries Gold (Sub Industry) index was the worst performer. It dropped by 4.21% on the day and settled at 8171.2.

Other sectors which dropped over 2% includes consumer discretionary, energy, information technology, metals and mining, and resources. 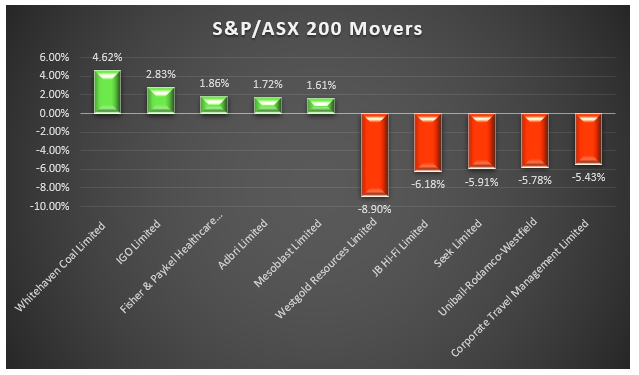