The volatile market conditions continue amid the ongoing prolonged pandemic crisis. After ending in the red zone on Tuesday, the Australian stock market today finished in the green zone, with benchmark index S&P/ASX200 settling at 5956.1, up by 1.04 per cent as compared to yesterday's closing of 5894.8.

The surge in ASX followed the second consecutive day of the substantial gains in the US stock market. On 15 September 2020, the increase in the tech stocks drove the Nasdaq Composite up by 1.21 per cent. Netflix went up by 4.1 per cent, Tesla 7.2 per cent, and Facebook 2.4 per cent. S&P 500 gained 0.52 per cent, and Dow Industrials was up by 0.01 per cent.

The best-performing stocks during Wednesday's trading session are:

The lowest-performing stocks during Tuesday's trading session are:

See the graph here to view the top five best and worst-performing stocks for today. 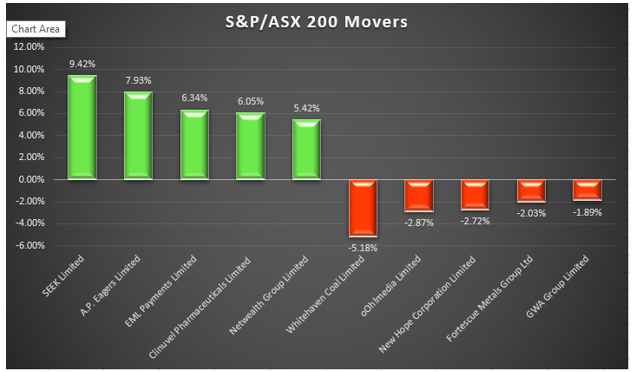