Getting acquainted with Cortical Dynamics' Management and Organisation Structure

Cortical’s unique system is with an algorithm based physiological principles of operation and is thus patient specific, rather than Cortical’s major competitors BIS & E-Entropy whose technology is based on statistical standards.

The BARM System uniquely produces two measures-Composite Cortical State (CCS), measures the level of consciousness of the patient under anaesthesia; and Cortical Input (CI) -which measures analgesia (pain input received by the brain). These exceptional feature together with other significant competitive advantages distinguishes BARM from its peers BIS from Medtronic and E-Entropy from GE.Cortical’s Significant Achievements Validates BARM’s Success

BARM’s success is authenticated by the substantial patent coverage with 22 registered patents globally, clinical trials and regulatory approvals. Additionally, the Company marked its footprints in the extremely competitive Australian technology space by bagging several awards and accolades during its journey that started in 2004.

Cortical’s Board and Management consists of an international leadership team holding a proven extensive commercialisation expertise in the sector, both locally and globally. The team is capable of providing benefit what stakeholders entail for their investment. The Company continues to strategically build robust rapport with main distributors to steer product sales supported by a successful Business Model. 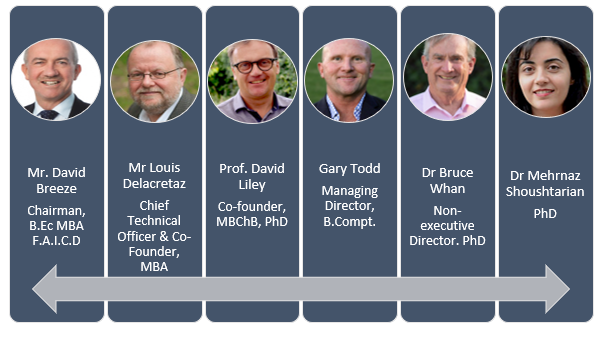 Let’s peek into the management team of Cortical streeing its mission.

Mr David holds rich experience in transaction structuring, corporate advisory together with capital raising for more than eighty listed and unlisted companies involving in excess of $250 million, covering a diverse range of sectors including oil and gas, gold, biotechnology and manufacturing. Prior to his current role, Mr David led a distinguished career, serving as executive, consulting and/or board positions across diverse stockbroking companies in Australia.

His work has been published in the Journal of Securities Institute of Australia. Under the Corporations Act, he has also served as an Independent Expert. Mr David’s formerly served as:

While completing his Bachelor of Accounting Science degree, Mr Gary concurrently worked with Deloitte in his first working life role, later transitioning into to sales and marketing, joining Unilever. His work profile includes:

Professor Liley’s honorary appointments are at:

Dr Bruce has mainly worked at Swinburne University and has extensive experience in the management of innovation and commercialisation of research and development including linking research with industry. He is proactively taking part in spin-off company formation, management and governance.

He possesses in-depth experience in dealing with government agencies, international organisations and forming start-up organisations, and Mr Louis has an MBA and is a fellow of the Australian Institute of Company Directors, was a national finalist in the Yellow Pages Business Idea Awards. 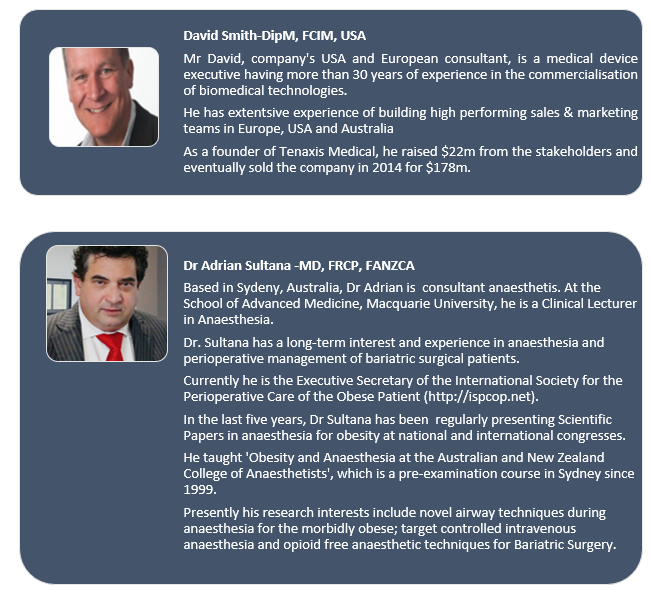 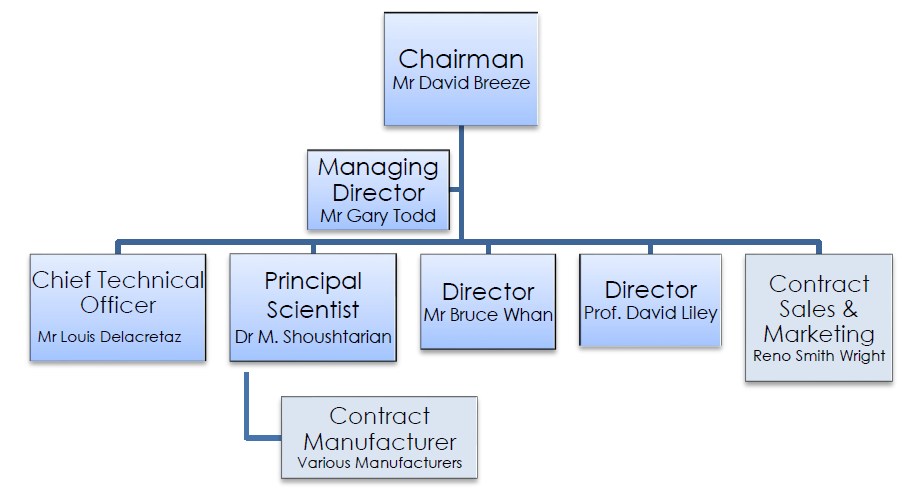 For marketing related activities, the Company has appointed Reno Wright Smith & Partners to take a step forward in entering the European market for the BARM System technology. Based in Chicago, Reno Wright Smith & Partners (RWS), have profound and extensive experience across wide range of medical specialists, both in US and Europe. They also hold the expertise in commercialisation for medical technologies that are in early stages.

A strong Management team signifies the backbone of Company’s Success. Cortical’s significant progress in the development of novel BARM system is backed by a strong and efficient management team, that provides guidance and confidence in the company’s ability to recognize and accomplish the development and sales process for this well- defined, novel, proprietary, industry-disruptive medical technology.