In this article, we discuss four stocks from the metals & mining groups with recent updates made on 09 July 2019. These companies are engaged in the production and exploration of rare earth metals, gold and tin. By the end of the trading session, the benchmark Australian Index – S&P/ASX 200 was at 6665.07, down by 6.05 points or -0.1% (as on 9 July 2019).

Greenland Minerals Ltd (ASX: GGG) is an exploration and development company, and it operates the Kvanefjeld Rare Earth Project situated in Greenland.

On 09 July 2019, GGG announced the results from Kvanefjeld Optimised Feasibility Study and provided a revised capital cost estimate for the Kvanefjeld Project. Accordingly, the estimated capital cost was reduced by 40% to US$505 million from US$832 million. Also, the optimisation studies covering all elements of the Project from the flowsheet to civil construction resulted in a reduction of the capital cost estimate.

Further, the company collaborated with its largest shareholder- Shenghe Resources Holding Co Ltd (Shenghe) to achieve such results, and collectively reduced the scale of the refinery circuit resulting in substantial cost reductions. In addition to this, the optimisation study collectively with a multi?disciplinary team of specialist engineering firms helped to reduce the substantial cost associated with civil design and construction costs.

As per the release, Kvanefjeld Project is associated with direct shipping access, and efficient port facilities would underpin the materials handling and transfers during the year. Also, the company had collaborated with PND Engineers and China?CCC to develop a new capital cost estimate for Project’s dedicated port facility.

Reportedly, the optimisation programmes resulted in an increase of around 85% to ~ 32,000 tpa of REO. Also, the magnet metals – Neodymium, Praseodymium, Terbium, and Dysprosium would be produced, which are important for clean energy generation and efficient energy use.

As per the release, the direct cost is the major contributor to the company’s estimated US$505 million, which includes- costs of equipment, installation labour, mobilisation and demobilisation of construction crews and commissioning. Also, indirect costs are associated with temporary construction facilities, engineering, procurement and construction (EPC) management.

On 09 July 2019, Gold producer, Millennium Minerals Limited (ASX: MOY) reported on the production from Nullagine Gold Project situated in WA, which was 34,716 ounces of gold in the first half of the year – consistent with revised guidance. Accordingly, the company have been ramping-up key growth initiatives to support a strong production increase in the second half. In May 2019, the company has revised the production guidance to 34-36,000oz because of the delayed ramp-up of Bartons Underground and the Stage 1 sulphide plant expansion.

As per the release, the production of ounces was increased each week due to the introduction of a second stoping level along with a revised mining plan. Also, the second level provides four stoping areas in the mine, which stabilised production at planned levels. Further, the company now intends to focus on reducing unplanned dilution to improve the grade of the stoping blocks.

Reportedly, the commissioning and hand over of Stage 1a was achieved consistently with the schedule, and production chores were split amid the two Ultra-fine grind (UFG) mills due to the changes in the mill ore feed sulphide levels to ramp up concentrate production.

The company also withdrew A$5 million from the mezzanine debt facility provided by its major shareholder – IMC Group, in its second-drawn down. As per the release, the second-drawn was conditional on production of not less than 6,750 ounces of gold in June, and 6,575 ounces were produced in June. However, IMC waived off this condition for the company.

Now, the expiry date of 60 million options was extended from 5 years to 6 years, which would be issued against the debt facility to IMC subject to shareholder approval. Additionally, the option exercise price was determined at 12.18 cents per option.

Elementos Limited (ASX: ELT) is a tin exploration-focused company. On 09 July 2019, the company provided an update regarding the Oropesa Tin Project, which is in Andalucía Region of Spain. Accordingly, the company has filed formal documentation required for final authorisation of the transfer of all the shares in MESPA from Eurotin Ltd (previous owner) to Elementos with Junta de Andalucia (Junta). Now, Elementos expects completion of final authorisation of the title transfer by Junta.

As per the release, Elementos has been working on an alternative development strategy for the Oropesa Project to that originally submitted for Mining and Environmental approvals by Eurotin Ltd. Also, the company is examining a redesigned open-cut operation to reduce the overall footprint of the operation; this would positively impact the timing and completion of rehabilitation activities over the life of the operation. Furthermore, the alternative proposal involves potential improvement to the ore processing operation, and investigations were initiated into ore pre-concentration using TOMRA XRT technology from Germany (as notified on 22 May this year). Below are the benefits of the proposed changes to the mining and processing operations: 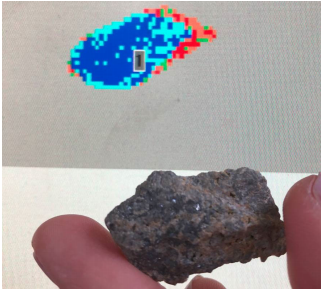 Reportedly, the company is engaged in extensive discussions with the Andalucian Government related to the current application and the alternative mining and processing operation proposed by Elementos. Also, it has been decided by the company that it would update Environmental Impact Statement (EIS) to be consistent with newly proposed mining operation at Oropesa along with requirements of a request for additional information from the Andalucian Government.

Furthermore, the compilation of revised EIS would complete alongside the Definitive Feasibility Study, which is ongoing at the project; this would not result in delays to the development of the Oropesa Tin Project. Importantly, the discussions between the Government & Elementos has concluded this as the most efficient process to expedite the approvals process.

By the end of the trading session, the stock of the company was at A$0.005, unchanged from its previous close.

ATC Alloys Limited (ASX: ATA) was suspended from the exchange since the latter part of 2016. On 9 July 2019, the company notified that it had entered into a Memorandum of Understanding (MOU) with Mr George (Guangyu) Chen (Mr Chen), the joint venture partner and non-executive director. Accordingly, the MOU has been signed to restructure the Vietnamese Ferro-Tungsten producing joint venture (Joint Venture), which is 60% owned by Asia Tungsten Products Co Limited (ATCHK) (Proposed Transaction).

Reportedly, ATC Alloys would own 100% of ATCHK and its Vietnamese subsidiary (Asia Tungsten Products Vietnam Limited) (ATCVN) after the completion of the transaction. Also, ATCVN owns the ferro tungsten production facility in Vietnam (Ferrotungsten Plant). Under the MOU, ATC alloys would purchase Mr Chen’s 40% shareholding in ATCHK: this would result in 100% ownership of the Ferrotungsten Plant via the Proposed Transaction.

As per the release, some of the major terms for additional 40% interest in ATCHK includes of fully paid ordinary shares worth A$8,000,000 to Mr Chen by the company, at an issue price lesser than $0.02 per share; or the issue price used in the proposed $2.5 million capital raising; or conversion price of shares of any convertible note holder or creditor of the Company.

Also, the company’s stock has been suspended from trading on ASX, since 2016; therefore, it is anticipating that it might be removed from the ASX quotation on 1 September 2019 subject to an extension granted by ASX. The company’s stock last traded on 30 August 2016, at a price of A$0.017.