Mining is one of the most important sectors of Australian economy. The below-mentioned mining stocks have announced major updates today (i.e., 9 July 2019). Let’s take a quick look at these stocks.

A gold producer, Black Cat Syndicate Limited (ASX: BC8) controls 100% of ~87km² of the Bulong Gold Project, which is located just 25km east of Kalgoorlie by sealed road. 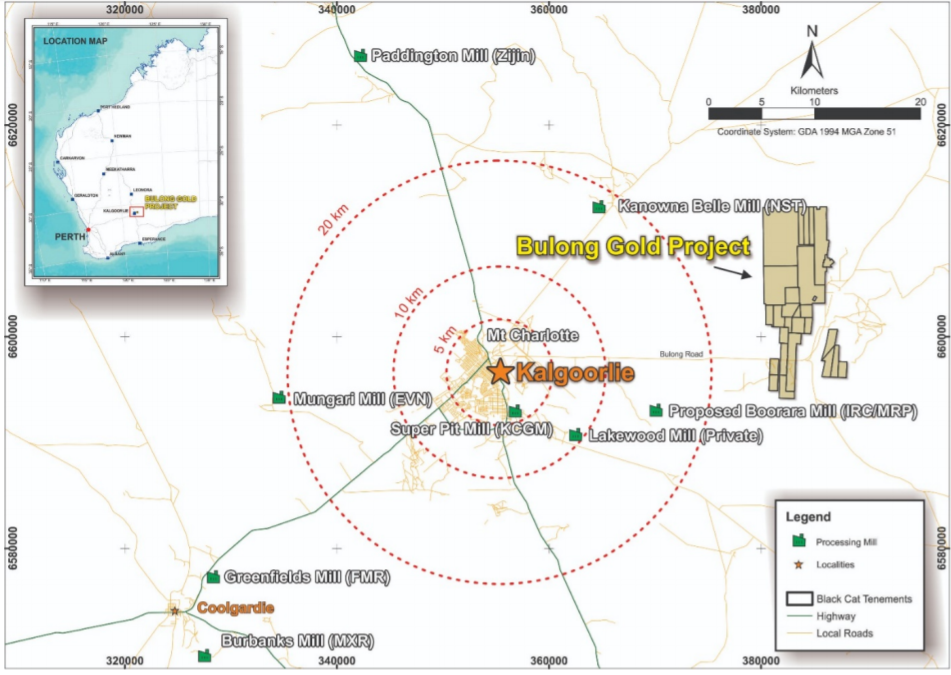 Regional map of Kalgoorlie showing the location of the Bulong Gold Project and nearby infrastructure (Source: Company Report)

On 9th July 2019, the company provided an update on activities at the Bulong Gold Project, including drilling results from the Myhree deposit. The RC drilling at Myhree deposit was conducted to extend mineralisation both at depth and to the north with 15 holes completed for 2,398m.

Notable results from the recently completed extensional RC drilling at Myhree include:

As per the company’s release, this drilling represents the deepest mineralisation identified at Myhree with high grade results in modelled positions to 300m vertical depth, which is an encouraging piece of news for the company and its shareholders.

At the end of the last year, the interim Inferred Resource at Myhree was estimated at 486,000t @ 3.2 g/t Au for 50,000 oz. It is expected that this resource will grow in size and in confidence with an upgrade to be announced mid-July 2019. RC drilling at Boundary, Boundary South, Sam Target 2 and Trump is currently underway.

A gold exploration company, Calidus Resources Limited (ASX: CAI) has acquired a key tenure in high-grade Marble Bar Goldfield as part of its strategy to grow 1.25Moz Warrawoona Resource. In an announcement made on 9th July 2019, the company communicated that it has completed the purchase of tenement E45/5172, which covers most of the historic Marble Bar Goldfield located just 25km from its Warrawoona gold project in WA’s Pilbara region, which is encouraging news for the company and its shareholders. Along with this, the company has purchased the remaining 50% of tenement E45/4843, which covers the historic Salgash mining area of the Warrawoona Goldfield.

Following the release of this news, the share price of the company increased by 10.345% during the intraday trade. 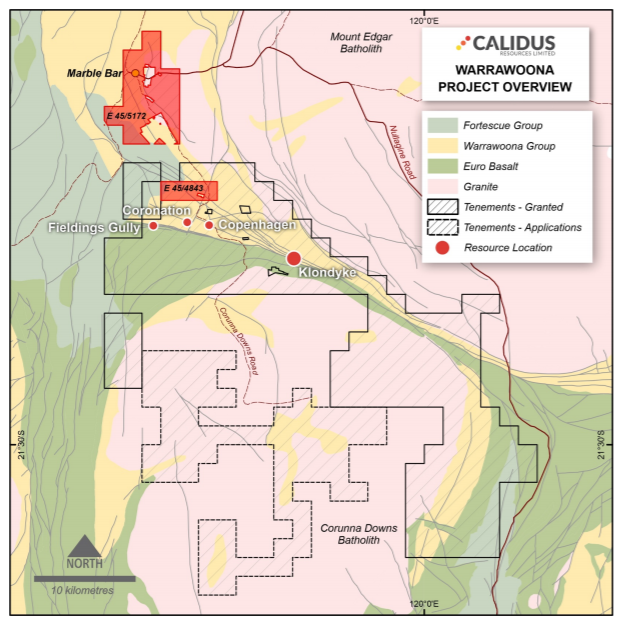 In an update provided on Century production and operational ramp up during June quarter, the company informed that overall zinc metal output increased by 12% during the quarter, with 20,450t of zinc metal produced in 42,500t of concentrate grading 48.1% zinc. 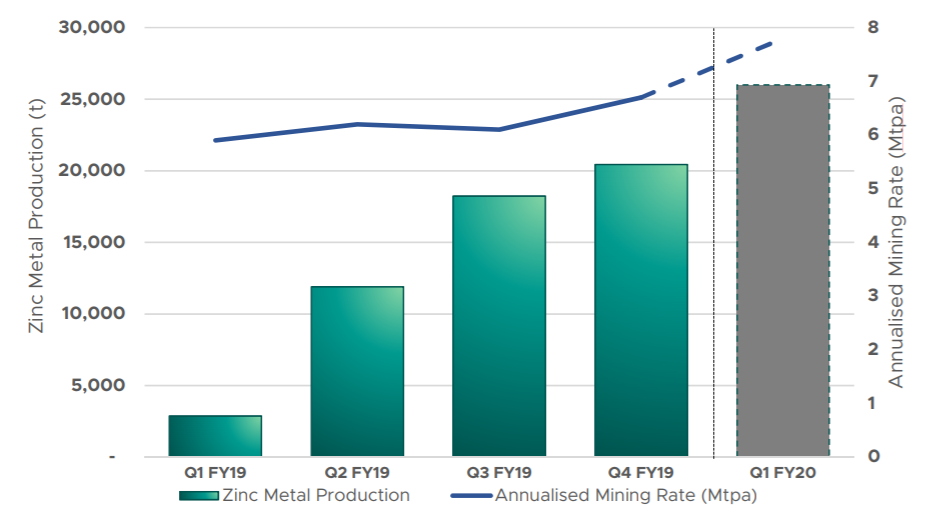 During the June quarter, the recovery growth trend was re-established with recoveries up to 48% in July (to date) and improvement continuing as plant stabilises at ~8Mtpa. The company has informed that the full cleaning circuit is on track to be online in early August 2019.

The overall average mining rate increased by 15% on a quarter-on-quarter basis. The average mined grade during the quarter was 2.92% Zn, which continues to reconcile strongly with the Ore Reserve model and mine plan.

The company is targeting continued plant refurbishment (currently 55% online) and expansion to full plant capacity during FY20, providing the ability progress to 12Mtpa operations in line with the additional hydraulic mining throughput.

On 9th July 2019, gold production company, Alkane Resources Ltd (ASX: ALK) announced that it has defined an exploration target of approximately 15.8 million to 23.8 million tonnes at a grade ranging between 1.7 to 2.2 g/t gold across its three primary prospects, Roswell, San Antonio and El Paso, highlighting the potential to significantly increase the resource around Tomingley Gold Operations in the coming years.

This exploration target lies within 8 kilometres of the existing Tomingley Gold Operations. 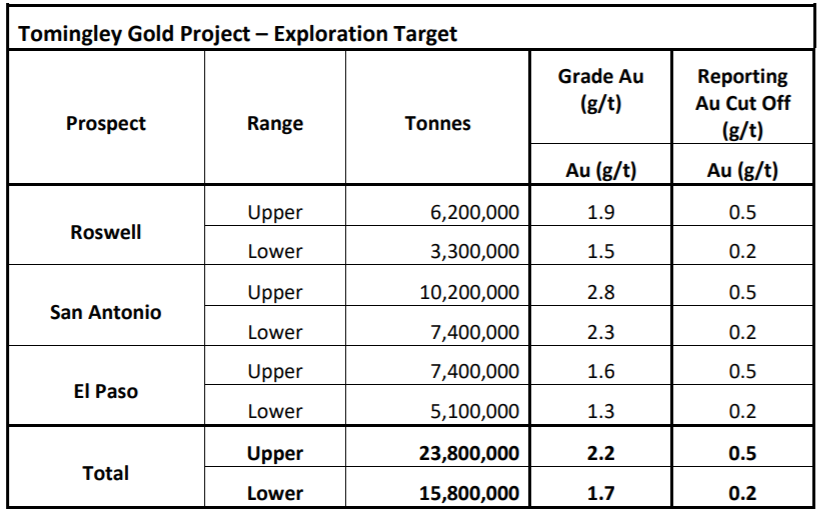