As per the International Energy Agency Report, global demand for natural gas is expected to rise in the next two decades, which will create economic growth opportunity in Australia. Gas is expected to become the second largest energy source after oil. Additionally, most of the growing demand for natural gas is expected from China, India and other Asian countries, whereas Australia, being geographically closer to these countries, can play a crucial role in maintaining sustainable global supply. Three important companies in the energy segment are Carnarvon Petroleum Limited, Cooper Energy Limited and Senex Energy Limited. Let’s see how the recent developments of these companies have influenced their stock performance.

Carnarvon Petroleum Limited (ASX: CVN) has an engagement in the oil and gas exploration, development and production. The company informed the market that its shares will be on a trading halt, pending the announcement related to the Roc South-1 well results is released to the market or until the earlier of the commencement of normal trading on Monday, July 8, 2019.

In the Roc South-1 well drilling update, the company highlighted that a 12-1/4” hole has been drilled to a depth of approximately 4,113 metres Measured Depth. Under the current operations, cleaning of the hole is under process to prepare 13-3/8” casing. According to the forward plan, setting and cementing of the 13-3/8” casing, as well as further drilling of 8-1/2” hole to planned section depth of around 4.5K metres Measured Depth is underway. Meanwhile, going forward, the Caley and Baxter Members are anticipated to be encountered in the 8-1/2” hole section. 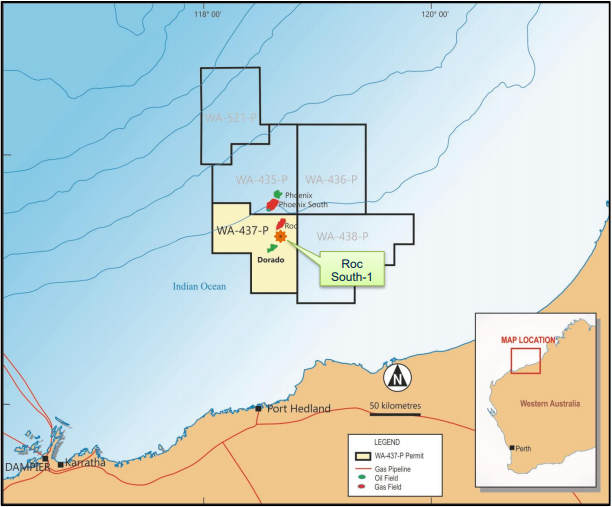 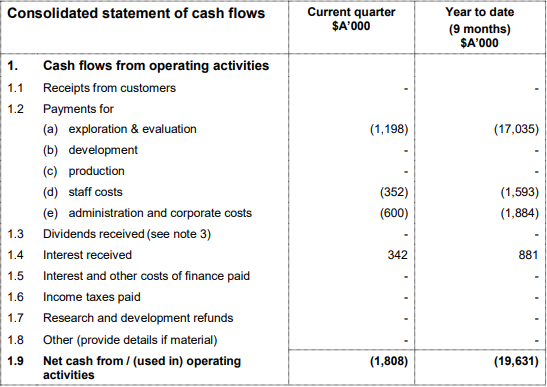 During the period, CVN worked along with its JV partner Santos to appraise the world-class Dorado discovery. It was reported that the Roc South-1 exploration well (very similar characteristics) will be added to the 2019 drill program and commence immediately after the Dorado-2 well, which is 13km away from the Roc South prospect. 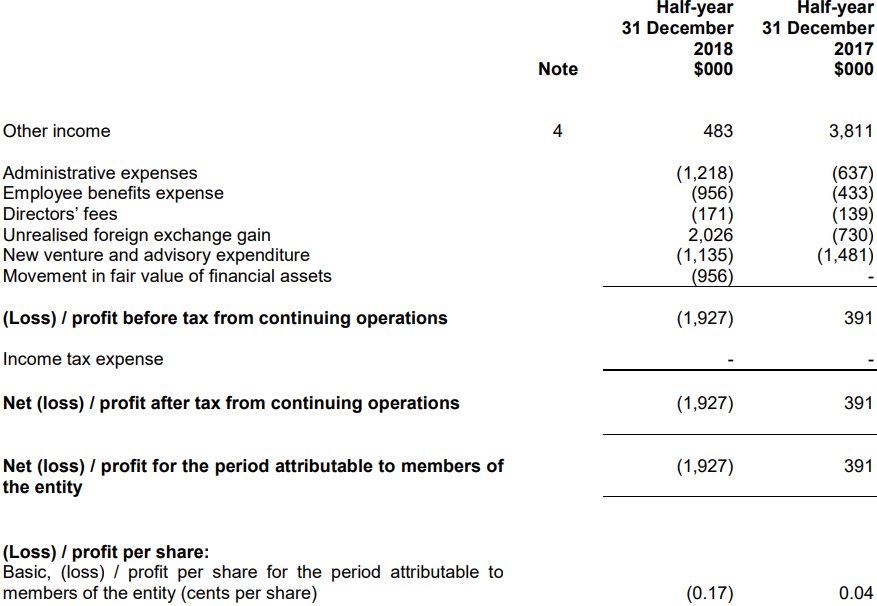 Cooper Energy Limited (ASX: COE) finds, develops and commercialises oil and gas, with a primary focus to secure, fund, develop, produce and sell hydrocarbons. The company recently published Investor Presentation, wherein it highlighted that the company generates the majority of revenues from a portfolio purpose-built for gas supply opportunities foreseen emerging in south-east Australia. As per the release, reserves and resources as on June 30, 2018, were reported as Proved & Probable Reserves at 52.4 MMboe; Contingent Resources (2C) at 34.9 MMboe. Its net debt as on March 31, 2019, was reported at $32.3 Mn. The company’s location sites with operations are as follows:

March ‘19 Quarter Key Highlights: Revenues increased by 43% to $20.6 million for the period as compared to $14.4 million in the prior quarter. Quarterly production increased by 14% to 0.33 million boe as compared to the prior quarter production of 0.29 million boe. The company projects full year production of 1.3 MMboe as compared to the full year production of 1.5 MMboe in FY2018. During the period, Sole Gas Project has been 99% completed and is well within the budget. Offshore project construction work has been completed and pipeline repair and hydrotests were also conducted. Casino Henry umbilical repair was completed in the month of May as planned and the Netherby-1 production was restored during the period. CVN announced new gas contracts with AGL for Sole gas and Casino Henry in the quarter and further negotiations are ongoing.

Senex Energy Limited (ASX: SXY) has an emphasis on providing substantial value to its shareholders by leveraging its ability as a cost efficient, safe producer and explorer. The company recently published Investor Presentation at Macquarie Round Table Conference, highlighting that the material de-risking of Surat Basin Gas Development Project has now been achieved. Around 110 well drilling campaigns commenced in the month of June ‘19. SXY is commissioning 56 TJ/day gas processing capacity (20 PJ / 3.5 mmboe p.a.) in the year 2019.

The company pointed out that its FY19 sales revenue stood at $70 Mn, with FY18 production of 0.84 mmboe. Its 2P oil and gas reserves stand at 113 mmboe. In addition, SXY successfully secured $150 Mn debt facility to develop Roma North and Project Atlas. It also signed $50 Mn infrastructure agreement with Jemena for the commissioning of Roma North gas facility. Its FY19 production guidance has been estimated at 1.1 - 1.5 mmboe. 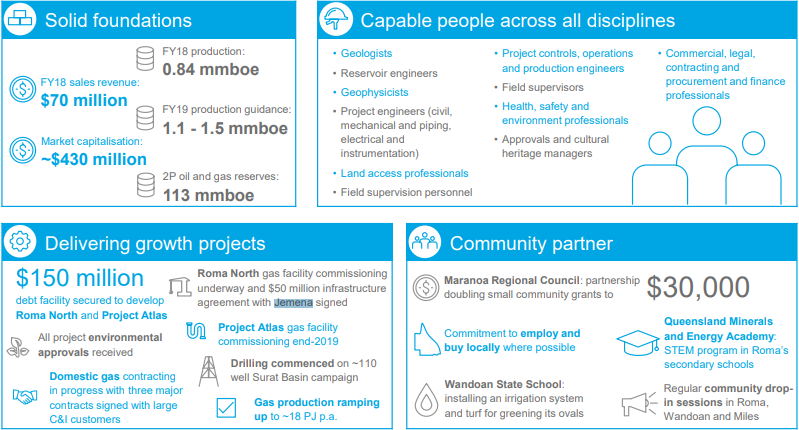