Today, the benchmark index S&P/ASX200 surged by 2.44 per cent and finished at 6144.9 as compared to Friday's closure of 5,998.7. The ASX surge came after wall street's jump on Friday after US economy suggested unexpectedly strong jobs data.

In the US, restrictions are being eased out and the market has taken the news well, as reflected by the Nasdaq’s spike entering the positive territory.

That said, the uncertain situations remain the same, though businesses are getting reopened with strict guidelines, there is still the fear of the virus spread.

With China still fearing the second wave, no country seems to be immune from the crisis except NZ, which has reported no new cases in the past 17 days.

The top gainers in today's market were:

The worst-performing stocks for today were – 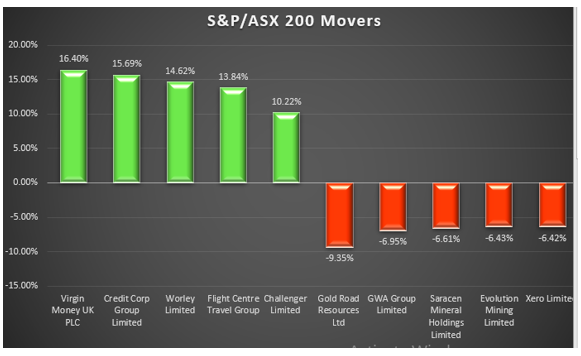