A zero-layoff policy, also known as a no-layoffs policy, is adopted to ensure that no employees are laid off due to business-related reasons determined by the economy.

This policy does not protect employees from being fired due to contract violations, such as ethical failings or poor performance. According to such policies, employees' well-being should not be jeopardised due to economic conditions beyond their control.

A layoff is a departure from employment that occurs owing to a shortage of available work. The phrase "layoff" refers to a sort of termination for which the employee bears no responsibility. Unemployment benefits are generally available to most laid-off workers. 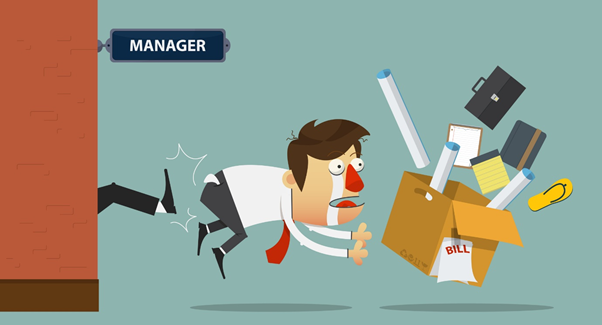 During a recession, many businesses would reduce employment to better their financial health, so a zero-layoff policy is critical. Workers are seen as investments by companies with a zero-layoff policy, which means they make careful hiring decisions and train their employees to perform various duties.

Companies with zero-layoff policies typically appear on rankings of the best places to work. When the economy slips into a recession, a zero-layoff policy states that an employer would do everything possible to avoid firing workers, including natural attrition, wage cutbacks, transferring employees to part-time schedules, benefit reduction and other cost-cutting measures.

A zero-layoff policy is in direct opposition to the current practice of treating employees as free agents, with little sense of loyalty on both sides. Some perceive such a regulation as a flashback to a time when companies were more paternalistic.

In addition, employee morale improves when there are no-layoffs, particularly during economic downturns, because workers would not have to worry about losing their jobs.

What can businesses do to avoid layoffs?

There are numerous ways to prevent termination during a downturn in the economy. Many businesses use alternative methods other than layoffs to reduce staffing costs. Here are a few of the tactics. 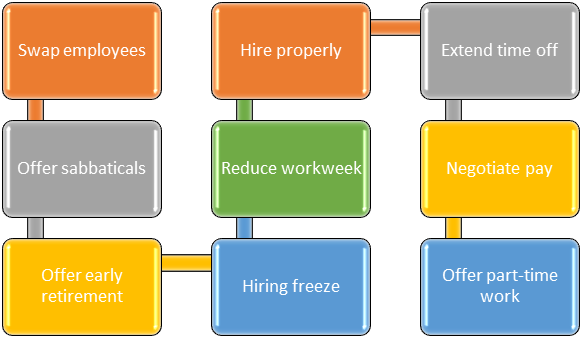 What impact could layoffs have?

Layoffs are not the ideal approach for overcoming economic downturns, and they are not a strategy at all. It has been proved several times that layoffs do not assist companies in boosting profits in any way. Still, they negatively influence the company's future operations and employee and customer relationships.

On the other hand, employers who value employee engagement over layoff can profit immensely from a no-layoff policy. When the economy tanks, this game-changing personnel policy ensures employees will not be given pink slips. A no-layoff policy finds the right places to work an additional comparative benefit.

The following are some of the reasons why firms should implement a no-layoff policy and the consequences that may result in layoffs are used as an alternative during difficult circumstances.

Those who lose their jobs, as well as their dependents, are the worst hurt. It would be difficult for them to pay off their mortgage or rents, car payments, children's schooling, food, and utility expenses. Employees' lives would be a nightmare if they didn't have health insurance since they would have to pay exorbitant amounts for medicines unless they used a prescription discount card to save money.

It's time to initiate networking and searching for a new job. Starting from scratch during an economic crisis isn't always easy, and employees face one of life's greatest anxieties.

Surviving employees in the organisation have formed strong ties with their co-workers, and it is painful for them to watch laid-off employees go. Survivors may be glad that they have escaped receiving a pink slip, but many are worried that they may be next. Surviving employees may begin networking in the same way that outgoing colleagues do.

Customers prefer to build long-term working connections with company personnel; therefore, turnover can be detrimental to customer service. When an employee understands your consumer correctly, she or he can provide better services and products. It's tough to put a monetary value on the loss of goodwill when knowledgeable staff abruptly leave.

Leaders must deal with the added stress of an already tricky situation while receiving questions from surviving employees and dealing with the expected drop in post-layoff productivity.

Whenever leaders are forced to fire individuals, they might start to question their company's core values, internalising the tension between preserving its interests and treating people well. 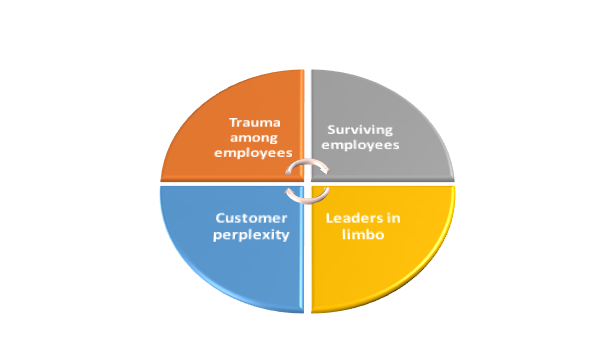 What are some instances of companies that have established a zero-layoff policy?

The following organisations have never laid off an employee. Some have sustained a zero-layoff policy during the COVID-19 pandemic, thanks to lean operating concepts, consistent development and fostering a sense of cooperation amongst employees.

Publix: The company is routinely recognised as one of the best places to work because it has never laid off anyone. Thousands of new staff were employed, and no-layoffs were made during the COVID-19 pandemic, a business record.

NuStar Energy: Even after the energy industry's instability and the impact of COVID-19, NuStar Energy has established a policy of no-layoffs.

2 Canadian growth stocks to buy in July: KXS and SHOP

PODP, AFC, SED: Are these EV-related stocks worth considering?

How can EarlyBirds help in decarbonising global shipping through innovative solutions?