Prime Minister Boris Johnson has allowed families to mix up and celebrate the festive period during 23 to 27 December in the form of what he called a ‘Christmas bubble’. Up to three households are allowed to meet each other and can be a part of the bubble. The rule will be applicable across all the four countries namely England, Northern Ireland, Scotland, and Wales.

However, a scientific advisor to the UK government warned that relaxing the rules amounted to throwing fuel on the corona fire. Prof Andrew Hayward, member, government's Sage committee said it could increase the transmissions and possibly lead to a third wave of the infections. People should keep the dangers of socialising in mind while mixing up, he cautioned.

Meanwhile the details of what happens once the ongoing lockdown is over on 2 December will be announced today. The decision would be based on the number of cases and the ‘R’ or the ‘reproduction rate’.

It is likely that most of the regions in England get placed in the mid-tier of the 3-tier system of Covid-19 restrictions.

Let us now take a look at the impact of the rules on the hospitality and retail sector in the nation.

People will not be allowed to visit any restaurants, pubs, or entertainment venues with their Christmas bubble, according to the rules.

In tier-3 locations, all pubs would be closed and can sell only takeaways. In a tier-2 area, a pub can trade only if the customer eats a ‘substantial meal’.

Emma McClarkin, chief executive, British Beer and Pub Association has called on the government to publish evidence for the new Christmas rules, which could inflict damage upon the sector. The ongoing rules would mean that pubs and restaurants across the tier-3 areas like Scotland and parts of England will be closed for the entire festive season, she elaborated.

The industry experts have warned that with the ongoing strict restrictions, even during December, could mean that many outlets in the British hospitality sector go bust.

Kate Nicholls, chief executive, UK Hospitality said that strict measures would kill ‘Christmas and beyond’ for many businesses in the sector. In turn, many employees will be out of work this festive season.

The industry has asked which regions would be coming under which tier as soon as possible for clarity. William Lees-Jones, MD, JW Lees, the brewery and pub chain, hoped that his pubs do not fall under the Tier 3 areas and was keeping his fingers crossed.

Non-essential shops and personal care saloons would be allowed to reopen after 2 December. It will be a big sigh of relief for the businesses across the sector and they would hopefully be able to sell their Christmas stock.

The decision would help preserve thousands of jobs in the retail industry.

However, the retail sales could slow down due to the restrictions on pubs and eating outlets if fewer shoppers hit the street as a result.

The online retail, which is already going strong, is likely to get a further boost this Christmas. A surge in the online shopping trend has eased pressure on the UK retailers, said the Confederation of the British Industries (CBI). 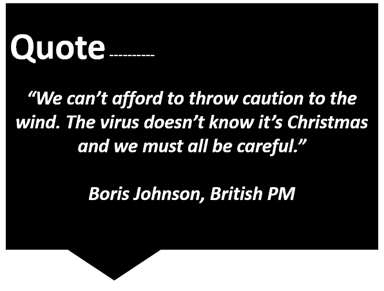 Let us now glance through few stocks in the British retail and hospitality sectors that are going to be impacted by these rules.

The fashion house Burberry has seen its profits fall by around 80 per cent for the first half of this year after the virus battered the luxury sales. The company stock (LON: BRBY) was trading at a value of GBX 1,719.00 on 26 November at 8.22 AM, up by 0.56 per cent from its previous day’s close.

The online food supermarket Ocado Group plc (LON: OCDO) saw its share prices go up by 1.25 per cent from its previous day’s close on 26 November at 8.29 AM touching a value of GBX 2,187.00. The retailer had acquired 2 US based robotic start ups earlier this month for less than $300 million.

The bakery chain Greggs plc has announced laying off more than 800 employees few days ago. Many of the cuts were triggered by the lockdown, informed the high street chain. The shares of the company (LON: GRG) were trading at a value of GBX 1,773.00 on 26 November at 8.42 AM, down by 1.45 per cent from its previous day’s close.

The shares of the Revolution Bars group (LON: RBG) were trading at GBX 23.75 on 26 November at 8.58 AM, up by 2.15 per cent compared to the previous day’s close. Last month, the bar chain had decided to close 6 of its sites after it lost around one-third of its revenue with the 10 PM curfew restrictions.