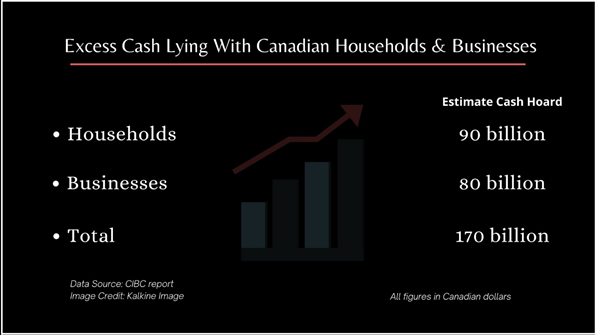 The coronavirus pandemic saw Canadians amass the largest excess cash ever in recorded history, reported a 2020 study by Canadian Imperial Bank of Commerce (CIBC). It estimated that households and businesses in the country are currently holding at least C$ 170 billion in cash hoard.

Released on Tuesday, November 17, the study reported that Canadian households are sitting on around C$ 90 billion, while businesses are hoarding at least C$ 80 billion.

How Did This Excess Cash Come By?

The CIBC reported noted that in the second quarter of 2020, labor income in Canada declined by more than C$ 100 billion seasonally adjusted annual rate (SAAR). Meanwhile, government transfers and other benefits provided for the public grew at a larger rate of C$ 225 billion SAAR and C$ 151 billion SAAR, respectively.

This difference led to a surge in disposable income amid the pandemic, all around the same time when consumer spending slumped due to controlled expenditure and closure of non-essential businesses.

As the rise in disposable income coincided with the drop in spending, savings rate shot up from 3.6 per cent to 28.2 per cent in June 2020, the report said.

The Canadian government is streamlining its support programs to make sure that those in most need get access to it while cash hoarding remains in check. It has revamped the Employment Insurance (EI) program and the Canada Recovery Benefit (CRB) program to make them more focused than their predecessors.

The government had lowered the benchmark interest rate to 0.25 per cent back in May to ease the financial pressure on people. Speaking in October, Bank of Canada governor Tiff Macklem noted that tempted by the low interest rates, accessing higher debt levels could lead to financial vulnerabilities in the future. Macklem pointed that if borrowers end up taking on more loans than their income can bear, cumulative debt levels would turn very worrying.

However, Macklem added that policy makers are equipped with “several macroprudential tools” to keep an eye on borrowers.

The CIBC report estimated that Canada’s savings rate is likely to have dwindled to 13 per cent in the third quarter of 2020. However, this number is still way above the pre-COVID levels of 3.6 per cent savings rate. 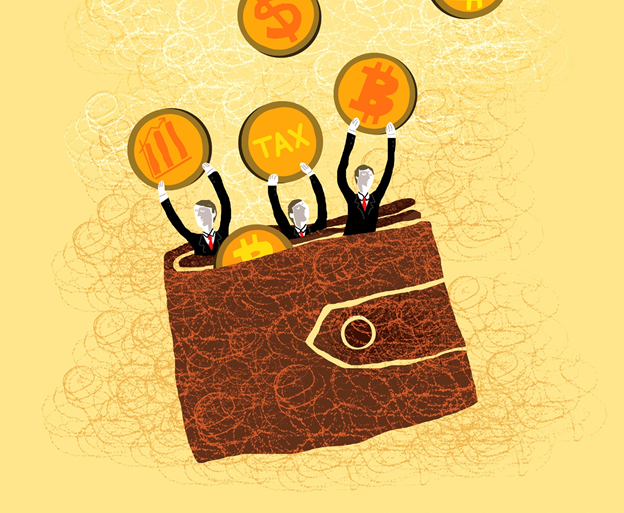 Lifting of lockdown restrictions and phased reopening of the economy in the recent month have led to a noticeable rebound in consumer spending. However, with rising cases of COVID-19 and the onset of winter, the CIBC report predicted that that the savings rate will in on likelihood remain elevated in coming months.

It also expects consumer spending growth to slow down in the next four to five months, while income levels continue to stay comparatively elevated.

Why would that happen? Let’s find out.

What About Canadian Businesses & Their Excess Cash?

The C$ 80-billion excess cash that the CIBC study believes lies with Canadian business is, in all likeliness, in the hold of sectors that did not suffer excessively due to the pandemic. Because of this, there may be little to no change in cash positions in the next few months in the Canadian business landscape.

The report also suggests that of a large portion the loans via the Canada Emergency Business Account (CEBA) lies in deposit accounts as insurance. Around 785,000 businesses in Canada are said to have taken CEBA loans worth C$ 32 billion amid the coronavirus crisis.

What Happens For The Excess Cash?

While the excess cash is likely to stay with Canadian households and businesses for the next few months, the CIBC report estimates that spring and summer of 2021 will see a comparatively quick deployment of the excess reserves. Since the cash hoard lies majorly with mid- to high-income households, they are expected to give into pent-up demands eventually. Businesses that hold excess cash are likely disperse it in productive forms as sustaining cash positions at current levels for a long time is not considered optimal.