The Financial Market Authority New Zealand is concerned regarding a steep rise in impostor scams since COVID-19 pandemic has broken out.

Impostor scams are the ones where legitimate business names are used by the scamsters, but the contact information or website are usually not genuine. It is also projected that the business is located outside the country.

FMA noted that one in five Kiwis had been targeted by investment scammer. Since 1 April to 5 November, the authority has issued 61 warnings related to investment scams.

Of those 61 warnings, 21 warnings or 34% were imposter scams where the name of the business used by scammers was genuine, but contact details such as website, social media accounts were fake.

During the same period last year, the authority issued 40 warnings to the NZ public, of which only 10% were imposter scams.

FMA has urged the public to be aware of the signs related to impostor scams. These signs include overseas phone numbers, suspicious domain name, and high returns.

As of now, the authority is running an impostor scam awareness campaign, which ends on 21 November.

FMA Director of Regulation Liam Mason said that the regulator has been vigilant throughout the pandemic regarding investment scams, seeking to lure the public with higher returns.

He said scammers keep coming back even if some neutralised, and investment scams are often run from overseas, which is outside the reach of the authority.

The public of the country should be cognizant enough to label any investment opportunity, which seems too good to be true. Mr Mason encourages the public to conduct background research prior to making contact. 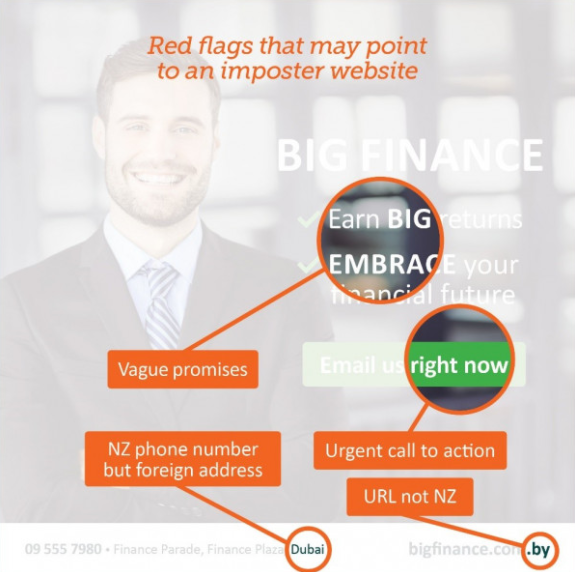 Given the rapid digitisation and acceleration in online commerce, the scammers have become more sophisticated than before. The public information of the citizens remains vulnerable as scammers use this for attacks.

FMA noted that GRC Investment Limited, a Christchurch based investment firm, was used by scammers to exploit New Zealanders.

An investment scam was running under a similar name – G.R.C. Trustee. A website in the name of G.R.C. Trustee faked its existence in New Zealand while giving the same address as GRC Investment Limited.

In reality, the investment firm never sought public investor and was being solely used by the owner for private investments.