Cryptocurrencies have changed the perception of investors over the past one and a half years. Led by the most valued, Bitcoin, crypto assets registered immense gains in a world jolted by the pandemic 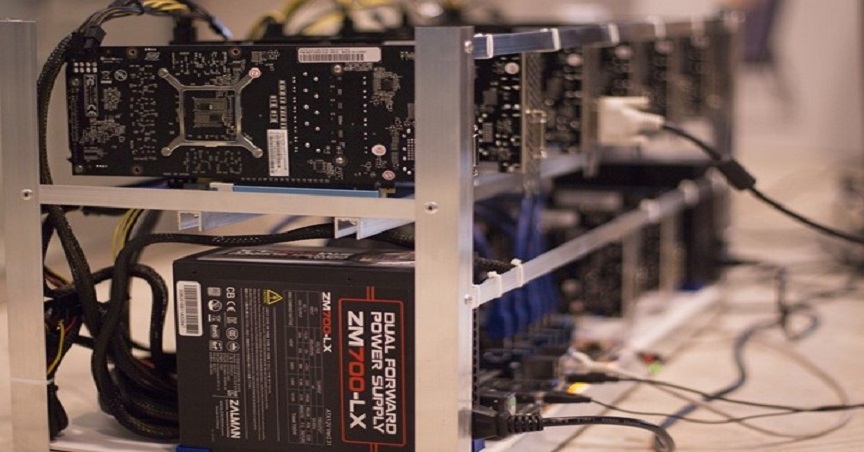 These developments reignite the debate around cryptocurrency mining.

Let’s look at the top ten cryptocurrencies to mine now for a likely appreciation in value.

If there is one crypto that is fast racing toward the top, it is Ethereum’s Ether.

To mine Ether, a graphics processing unit (GPU) is needed. Experts say that mining in a pool can be easier and more likely to generate the crypto token.

Ether has yet to be converted into a proof-of-stake consensus-based blockchain. Once that happens, the process of mining can undergo some changes. For now, ETHminer, EasyMiner, or other platforms can be used to mine Ether.

At the time of writing, Ether was priced at nearly US$3,300 apiece. The market cap was nearly US$395 billion, second only to Bitcoin, which had a market cap of nearly US$900 billion.

According to CoinMarketCap’s ranking of crypto assets, MONA was at the 386th position at the time of writing. It is claimed that MONA has a commendable following in Japan.

Mining MonaCoin is comparatively easier and less costly. GPUs are needed and it is said that the block time is one and a half minutes. This means mining 12.5 MONA can currently be mined in less than two minutes.

At the time of writing, MONA was trading at nearly US$1.4 apiece. The market cap of MonaCoin was nearly US$95 million, which is fairly less as compared with the more popular cryptos.

Ravencoin shares some features with Bitcoin, for example, RVN is also a proof-of-work crypto token. RVN will not have an unlimited supply, and it aims to make transfers of non-fungible tokens cheaper.

RVN miners can mine the cryptocurrency at a lower cost owing to no requirement of ASIC mining rigs. BMiner and MinerGate platforms can be used to mine it. It is said that one block gets created every minute and the reward is 5,000 RVN.

At the time of writing, RVN was trading at nearly US$0.10 apiece. It had a market cap of nearly US$1 billion. It is among the top 100 cryptos in the CoinMarketCap list.

Similar to how Wrapped Bitcoin and Bitcoin Cash are not Bitcoin (BTC), Ethereum Classic is not Ether. ETC is Ethereum’s fork. It tries to reduce human efforts within the blockchain and assists in the building of smart contracts.

ETC can be mined using Ethminer. Other GPU rigs like GMiner can also be used. The reward for every block is said to be 3.2 Ethereum Classic tokens.

At the time of writing, ETC was trading at nearly US$51 apiece. It had a market cap of nearly US$6.7 billion. It was ranked 28th on the CoinMarketCap list.

Monero is a kind of private cryptocurrency. It boasts invisible transactions on a blockchain, which is in contrast with other cryptos like Bitcoin.

Mining XMR is an easy process. CPUs can be used and mining is not as power-intensive as some other cryptos that use dedicated GPU mining rigs. It is said that it takes 24 seconds to mine one Monero token.

At the time of writing, XMR was trading at nearly US$254 apiece. The market cap of Monero was nearly US$4.5 billion. 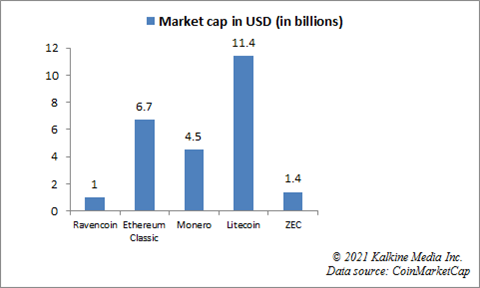 Ranked 73rd on the CoinMarketCap list, ZEC can be mined using graphic cards.

This proof-of-work crypto offers 3.125 tokens as a reward for mining a block. Like Monero, ZEC is also a privacy-focused crypto token. Transactions can be verified on the blockchain without having access to the details.

At the time of writing, ZCash was trading at nearly US$114 apiece. The market cap of ZCash was almost US$1.4 billion. The element of anonymity in transactions makes ZEC an interesting altcoin.

VTC is a Litecoin fork. It is a proof-of-work based cryptocurrency. The coin claims to allow network access to anyone having a personal computer.

VTC must be mined using its own software, VerthashMine. ASICs cannot be used to mine VTC, and the mining depends on GPU rigs.

At the time of writing, VTC was trading at nearly US$0.5 apiece. With a market cap of nearly US$31 million, it is not a highly ranked crypto token.

Litecoin features in the top 20 list of CoinMarketCap based on market cap. It is said to charge a very low fee for the processing of transactions. Litecoin was named so in order to project it as a ‘lite’ version of the popular crypto Bitcoin.

Two and a half minutes are consumed to mine one block, and the reward is 12.5 Litecoins for each such block. It can be mined using an ASIC.

At the time of writing, LTC was trading at nearly US$165. The market cap of LTC was nearly US$11.4 billion.

Many crypto tokens borrow the name of Bitcoin. They, however, provide some features that are different from Bitcoin’s blockchain.

A fork of Bitcoin, Bitcoin Gold aims to put more power in the hands of individual miners. Mining is comparatively easier. In order to mine a block, it takes 10 minutes in the BTG blockchain. 6.25 BTG is the reward for every such block.

At the time of writing, BTG was trading at nearly US$57 apiece. The market cap of BTG was nearly US$1 billion.

Haven Protocol is said to be based on Monero. The same software that can mine Monero can also be used to mine XHV. XHV is said to be pegged with the value of some underlying asset.

At the time of writing, XHV was trading at nearly US$6. The market value of Haven Protocol was nearly US$90 million.

Although some critics say that the mining process consumes too much energy, it is neither forbidden in most countries nor has it lost sheen. The above ten cryptos to mine in 2021 may likely create wealth.