Why methane reduction is key to fighting climate change

A report from the United States National Oceanic and Atmospheric Administration (NOAA) has revealed that methane emissions surged to a record high in 2021. Methane (CH4) is the second-biggest contributor to human-caused carbon emissions.

Related read: What is the role of Agricultural Climate Solutions (ACS) in Canada?

There are various sources of methane production. It is produced as a valuable product by the oil & gas industry, popularly known as natural gas (CNG and LNG).

A greenhouse gas, methane is also emitted due to human activities like paddy farming and livestock farming (from manure and gastroenteric releases).

NOAA has observed a record annual growth in atmospheric levels of methane consecutively for the second year. Like carbon dioxide, methane also traps heat, not allowing it to escape from the earth’s atmosphere, leading to a rise in average temperature, an effect commonly known as the greenhouse effect.

During the year 2021, NOAA recorded an annual increase of 17 parts per billion (ppb) in methane emissions. According to the estimates, the increase was 162% greater than pre-industrial levels. This is the highest since 1983 when systematic measurement began.

Meanwhile, carbon dioxide continues to be the primary cause of human-driven climate change. In 2021, the recorded global surface average for CO2 was 414.7 ppm, which is higher than the 2020 level. The data reflects that despite global efforts to fight climate change and reduce emission levels, carbon dioxide emissions continue to rise.

Can reducing methane emissions do the trick?

Research works have revealed that methane is 25 times more potent than carbon dioxide in trapping heat in the atmosphere. Hence, even though methane stays in atmosphere for a much lesser time than carbon dioxide, it contributes to a higher rate of climate change in a short term. 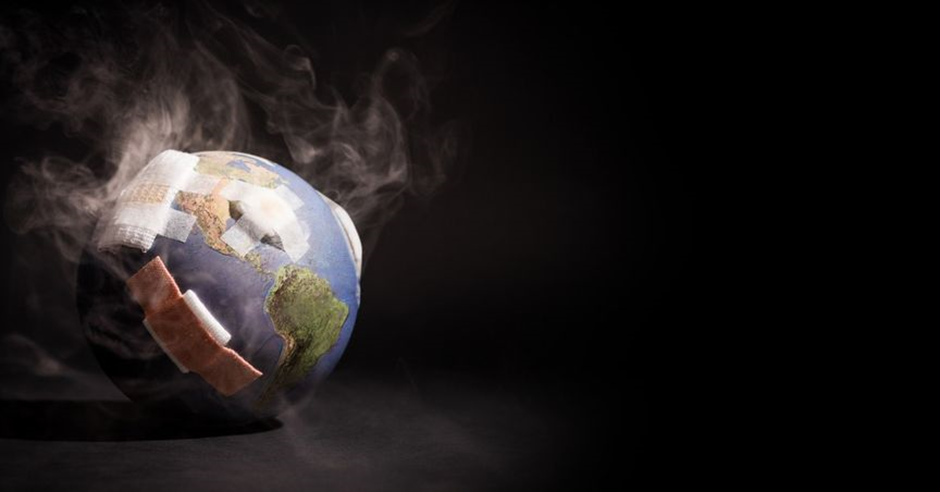 Identifying the sources of methane production is relatively easy. Hydrocarbon production and transportation, decay of organic matter in wetlands and farming practices like paddy cultivation and raising farm animals for the dairy and meat industry are among the prominent sources.

Informative read: What is Intergovernmental Panel on Climate Change (IPCC)?

Once the sources are identified, modifications to those processes could be done to reduce the overall emission levels. For instance, methane emission in paddy farming happens when  farmers keep the soil watered for the entire length of the crop cultivation period. As soil is covered with water, there is no release of oxygen, creating an ideal environment for methane-emitting bacteria.

However, farmers could use alternate wetting and drying processes throughout the growing season in order to put a check on the growth of methane-emitting bacteria.  This process will help in oxygen generation, hence limiting the production of methane and will also save water used in irrigation. Farmers, instead of continuous flooding, could use two to three times of alternated wetting and drying processes during the season.

Related read: What are the impacts of climate change on the Arctic environment?

The UN Environment Program estimates that pinpointing sources of methane production and using innovation and technology could lead to nearly 45% reduction in its emissions. Also, society could play a pivotal role by switching to a more plant-based diet, which would reduce the demand for diary and meat products.