What is a Dawn raid?

A dawn raid is a common strategy often used by corporate professionals to buy shares from a target company as a part of a hostile takeover bid. In a dawn raid, an investor acquires a significant number of shares of the targeted company at the beginning of the day. It is done in this manner as the targeted company develops a standard market price throughout the day, whereas the takeover bid is lower than the market price.

The brokers usually do Dawn raids, and the identity of the acquirer is kept hidden. At times, it takes a lot of time for the targeted company to understand that its shares have been acquired. By the time the company becomes aware of its shares, it is too late for it to react because by then, the target shareholders might have lost control over the company. 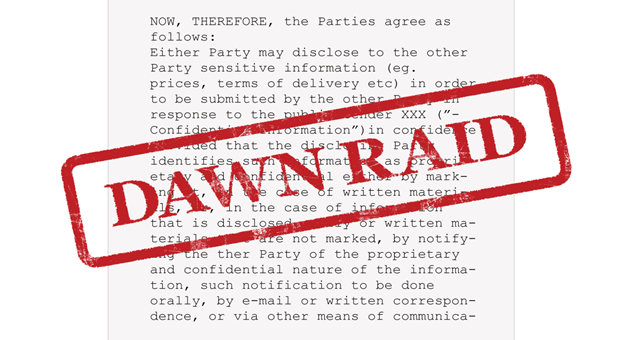 How can a dawn raid be explained?

As the name suggests, the 'dawn' raid occurs early in the morning when the financial market starts. When the targeted company comes to know about the dawn raid, it is probably too late to react as the investor has already acquired a significant amount of controlling company share by then.

Only the financial interest of a firm's share can acquire in this matter. Any position beyond 5 percent requires legal documentation. Thus, once the raiding company has completed the dawn raid, it starts with a takeover bid to acquire the rest of the shares belonging to the targeted company.

Theoretically speaking, a dawn raid is supposed to allow a targeted element to be purchased at a discount, i.e., much lower than the market price.

What is a hostile takeover? 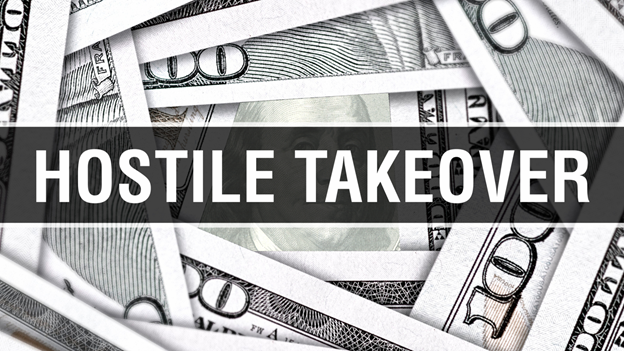 Whereas, in the case of a hostile takeover, the takeover is executed without the knowledge of any outsider. There is no agreement signed by the targeted company and the acquiring company.

There are various ways by which a company may carry out a hostile takeover. The most common strategies are the Godfather offer, wherein the acquiring company offers the shareholders huge attractive deals on the purchase of the shares of the targeted company.

A dawn raid is another commonly executed strategy for hostile takeovers.

What is the difference between a dawn raid and a hostile takeover?

According to the concept of hostile takeovers, the dawn raid is considered a commonly used strategy for carrying out hostile takeovers. However, that is entirely not possible for acquiring companies due to the strict restrictions prevailing in the modern-day advanced financial markets. Acquiring a stake of more than 5 percent of a company mandatorily requires legal documents. Thus, the acquiring companies are unable to execute dawn raid secretly, as mentioned theoretically.

Moreover, as the transparency in the developed stock market increases nowadays, the targeted company often becomes aware of the dawn raid much before the incident occurs. Thus, we can rightly conclude by saying that the dawn raid does not necessarily occur the same way it is mentioned in the textbooks. Nonetheless, a dawn raid is still considered a first step towards acquiring a significant stake in a company.

Example of a dawn raid:

To understand the concept of dawn raid in a better way, let us study an example. Let us assume that company A is planning to purchase majority stakes of company B as a part of a takeover bid. Thus, company A plans a dawn raid and allows the broker to buy all the available shares of company B in the morning right after the stock market's opening. It facilitates company A to gain a controlling interest in company B.

However, the practice mentioned above is the theoretical definition of a dawn raid. In reality, the acquisition of more than 5 percent of a company's stake requires legal documentation. Hence dawn raids are no more executed secretly.

US to observe inaugural Juneteenth federal holiday on Monday

Why Day One Biopharmaceuticals (DAWN) stock shot up 135%?

Why FTX donating cash to every Ukrainian?

Australia to reopen borders - things to look out for!

Loan servicing is the process by which a company such as a mortgage bank or any servicing firm collects principal, interest, as well as escrow payments from a b......
[ Read More ]