Generally, first movers/ explorers are known to secure the best acreage, best terms, and most profitable markets. If they secure all these in regions that face a deficit of particular resources and work towards balancing supply/demand dynamics- transformational success is likely.

In this backdrop, we introduce Invictus Energy Limited (ASX:IVZ) - an upstream E&P company focused on oil and gas in Sub Saharan Africa. It is the 80% owner and operator of the lucrative Cabora Bassa Project that comprises EL SG 4571 in the Cabora Bassa Basin, northern Zimbabwe.

The Company’s stock was up by over 4% by the close of trading on 16 July 2020, quoting $ 0.025. The surge in stock performance followed IVZ’s announcement that it is presenting at the Stockhead video conference “Oil & Gas – Buying the bounce”.

Let us cast an eye on the presentation highlights-

EL SG 4571 was granted in August 2017 for an initial 3-year period (renewable) with the first term of work program completed in August 2020. An updated PSC remains in negotiation with GoZ.

Significant $ 30 million dataset was acquired by Mobil during the 1990s with 2D seismic, gravity, aeromagnetic and geochemical data. However, data has been unavailable in the public domain after Mobil relinquishment.

The licence area has been independently assessed by Getech Group plc. New geological and geophysical work has de-risked the acreage - ingredients for working petroleum system present in the basin. 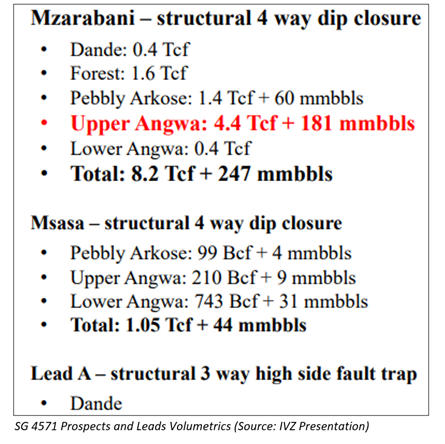 While early entry into new plays can yield massive rewards, the Company leverages from the first-mover advantage.

Secondly, the Company has secured significant gas sale MoUs to underpin development and monetisation of even a modest discovery- 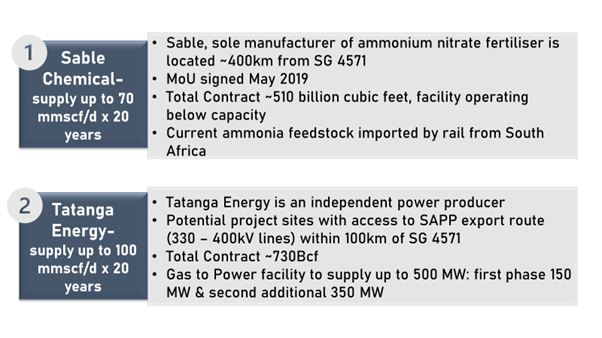 Thirdly, the Company has strategically positioned itself in Zimbabwe to supply energy-starved domestic and regional markets, predominantly large South Africa market. It should be noted that Southern Africa is facing an energy crisis with growing shortages of electricity, hampering industry and investment.

Fourthly, Supportive government may propel developments. New Zimbabwe President Emmerson Mnangagwa has acknowledged that “Zimbabwe is open for business”. While investor-friendly economic reforms have been implemented and an experienced mining industry executive has been appointed as Minister of Mines, significant new investment activity in the region remains underway. A new PSA that provides transparent legal and fiscal framework is also nearing finalisation.

Majority of power in South Africa is coal and hydroelectric. The region is subjected to an energy crisis with its aging coal-fired power plants being retired. Consequently, gas to power has become progressively vital to regional power needs.

Reportedly, >10,000 MW of power supply (~20%) will be lost in the next few years. It is likely for short-medium term supply gap to be filled by diesel-fired power generation (equivalent fuel cost ~USD 27/GJ gas price). 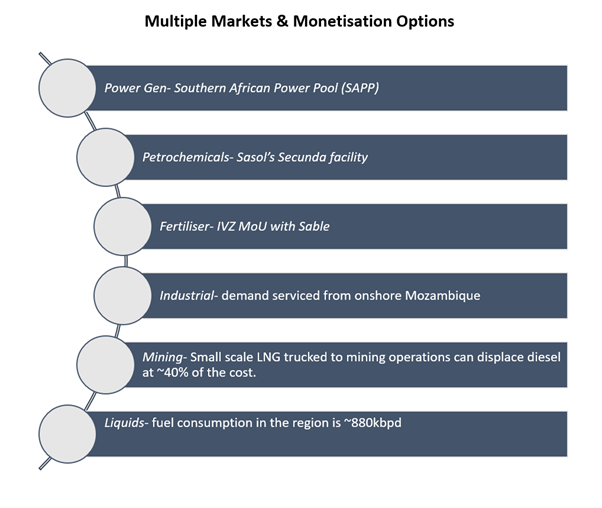 (Note: All currencies in AUD unless specified otherwise)