Tungsten is deemed as a strategic metal with unique properties. For instance - it has the highest melting point of all metals and finds application in machine tools. There is a noticeable upside for tungsten miners that are moving into production.

In August 2019, RFR completed the transformational acquisition of Galicia Tin and Tungsten SL, the 100% owner of the Santa Comba tungsten project in Galicia, northwest Spain, and commenced drilling at the highly prospective Quarry North prospect.

The company also owns the McCleery cobalt and copper project in Canada, and the Sandstone gold project in WA. Both these projects are underexplored with significant development potential.

In this article, we would go through the recent financial updates and other activities that the company is engaged in.

For the year ended 30 June 2019, RFR’s revenue amounted to $57,811 whereas cash position stood strong at $3.28 million. The biggest highlight for the period in financial terms was the successful IPO raising $5 million, post which the company commenced trading on the ASX on 26 July 2018.

Last year in August, Rafaella announced a non-renounceable entitlement issue of one option for every three shares held to eligible shareholders, with an issue price of $0.01 per option, exercisable at $0.30 and expiring on 31 October 2021.

In August 2019, RFR completed a $2.8 million capital raising, to fast-forward the much-anticipated acquisition and development of the Spanish tin and tungsten project, Santa Comba tungsten project. 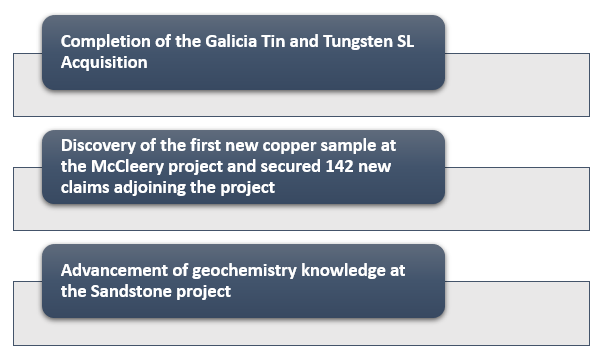 Significant achievement for RFR during the year- the Galicia Tin and Tungsten SL (the 100% owner of the Santa Comba tungsten project in Galicia, northwest Spain) acquisition was approved by shareholders at a special meeting on 9 August 2019. 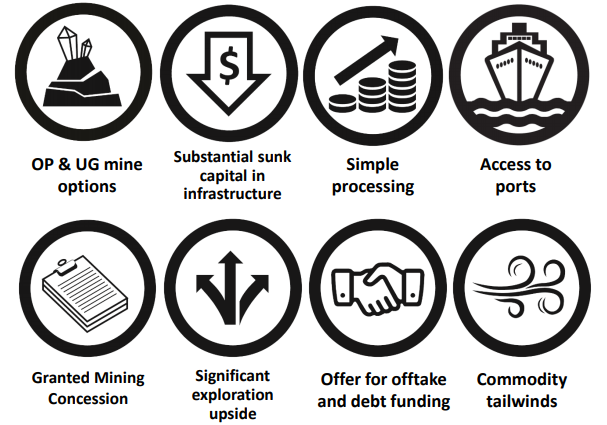 Over the coming months, RFR intends to increase the number of drilling rigs at the site to as many as four.

RFR also discovered the first new copper sample at the Project, which added to the potential for a larger mineralised system in the area of the Project.

In FY19, RFR efficiently advanced its geochemistry knowledge of this Project, which is located along a historical gold belt, and commenced its first soils geochemistry programme.

In April 2019, the company announced that it had commenced infill geochemistry at Bonza Bore, samples of which would be submitted to ALS geochemistry for gold analysis.

Bills Bore, Fairy Well, Bonza Bore, and Birrigrin Trend are the four key target areas based on the final assay results from the geochemistry programme.