A recent study published in the Occupational Health journal revealed that nearly 50 per cent of the healthcare staff and frontline workers, employed in intensive care units (ICU) in England during the pandemic had suffered from depression, anxiety, PTSD (post-traumatic stress disorders) or problem drinking.

The study was conducted in June and July, during the initial outbreak, before Britain began experiencing its latest surge in infections.

The research was led by the King’s College London and was carried out on more than 700 healthcare workers in 9 ICUs across England. It found out that 45 per cent of the people surveyed indicated they had been suffering from one out of four serious mental health disorders (6 per cent: depression, 40 per cent: PTSD, 11 per cent: severe anxiety, 7 per cent: problem drinking). 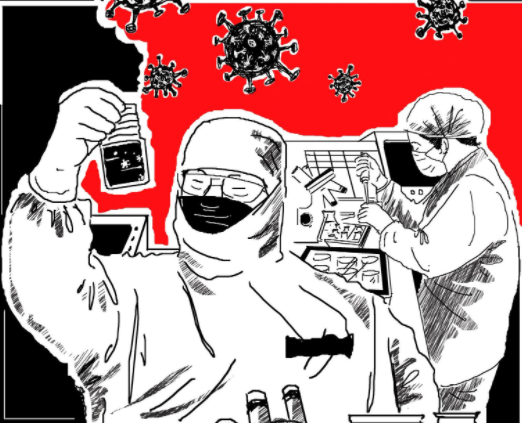 The researchers also disclosed that more than one-eighth of the participants in the study reported having frequent self-harming or suicidal thoughts in the previous two weeks, which is of a grave concern.

A professor at the Institute of Psychiatry, Psychology & Neuroscience at King’s College London Neil Greenberg, who also co-led the research said that the findings of the study highlighted the potential profound impact that Covid-19 has had on the mental health of frontline UK workers. It indicates an urgent need for mental health services to be made available to all healthcare employees, noted the professor.

The coronavirus disease outbreak, which emerged in Wuhan, China in November 2019, was declared a public health emergency on 30 January last year by the World Health Organization (WHO), after which it started to rapidly spread across almost all the nations of the world.

There has been a rampant rise in the total number of people being caught by the coronavirus disease worldwide, which has reached 92,061,200 and approximately 1,971,408 deaths have taken place by 12 January since the beginning of the outbreak.

Healthcare workers, who are at high-risk of being exposed to infection, are working day in and day out to protect the citizens and treating them with utmost care. Such professionals are dealing with the Covid-19 patients and are under increased psychological pressure and experience high rates of morbidity.

The research pointed out that these kinds of outbreaks are sure to have a broad spectrum of psychological impact on the people. Not only the health workers, but individuals may also experience significant psychiatric conditions, varying from anxiety, depression, panic attacks, PTSD, somatic symptoms to delirium, and psychosis, etc., which can potentially trigger off a mental breakdown.

In fact till now, various such researches have been conducted in other parts of the world as well, and have indicated similar results.