A study conducted by the Imperial College of London has revealed that infections have dropped by two-thirds across England since the beginning of the third lockdown. The React Study added that while the cases saw an 80 per cent fall in London, the overall virus levels are still high. Each one in 200 cases tested positive between February 4 and February 13, it noted.

The study said that these numbers were similar to the levels seen in the late September 2020. All these numbers are from the interim findings of the study based on over 85,000 swab tests from randomly selected population. The findings indicate that the coronavirus restrictions and social distancing norms are having a positive impact on lowering the cases. 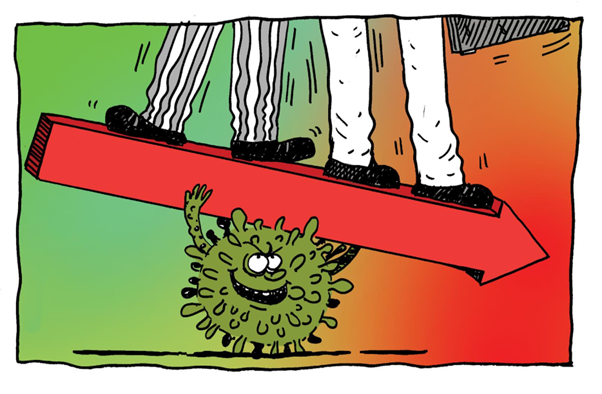 Earlier on Wednesday, the PM Boris Johnson had indicated that it was only proper to use the data and not the dates approach to lift the lockdown. On 17 February, 12,718 cases were reported across the UK, which was down by 24 per cent on a seven-day average. He stressed that England would take a cautious approach to ease out the measures.

The React study showed that 0.51 per cent of the population tested positive in England, down from 1.57 per cent during early January. While the virus is falling in all the nine regions of England, the rate of fall has varied across places. While the virus rate is dropping at a higher rate in London, West Midlands, and South East, the rate is shrinking less steeply across the Humber, Yorkshire, North East, and North West.

One of the reasons for this trend could be tougher restrictions in south-east England and London, the study highlighted. In fact, Prof Steven Riley, author of the study, has described the fall in cases in London as dramatic since January, equivalent to a lowering the infections by half every 15 days.

Related Read: What does the government blueprint for NHS and social care reform entail?

While the infection rate fell across all age groups, but it still remains highest among the age groups of 18 to 24-year and five to 12-year, at a value below 1 per cent. The reason could be that children are allowed to attend school during this lockdown, unlike the earlier lockdowns, suggested the study.  The study said that people over 65 have the lowest levels of infection with a 0.3 per cent rate.